COVID-19 - The Fall of Capitalism and the Rise of Tyranny 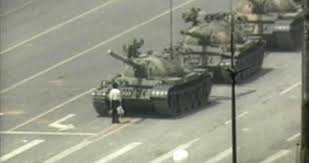 This is a great time to be alive if you happen to be a globalist, communist, socialist, fascist, climate alarmist or eco-loon. The economic and social conditions they’ve spent their entire lives trying to impose has been brought about, not by their efforts, but by a virus.


Whether the virus was unleashed on the world accidentally by a bowl of under cooked bat soup in Wuhan, China or deliberately by a government operated bio-tech laboratory in the same location is yet to be ascertained.

What is certain is that the world economy has been brought to a shuddering halt and the capitalist, free trade system that is so despised by the malignant groups mentioned above has ceased to exist.

Businesses and industries, both large and small, privately owned and public are closed. Some of these will never reopen leaving tens of millions of people unemployed surviving only by the public dole.

The traditional liberties and freedoms long associated with western democracies have been suspended by governments indefinitely.

What we thought was unthinkable only a few months ago, the western democracies of the developed world now resemble the old Soviet Union with entire populations in thrall to far-left political administrations who are holding them under virtual house arrest. The misnamed global pandemic has released the inner fascist in some political leaders and their nomenclatura, including some over-zealous police officers.

This inner fascist has either lain dormant or been deliberately suppressed until the right conditions presented themselves and they could no longer be contained. Using the cover of a virus and the hysteria whipped up by an agenda driven media, politicians have assumed draconian powers to suspend the long-established rights that were endowed upon the people by their Creator.

News reports abound of over-zealous police officers searching shopping bags for ‘non-essential’ items, citizens being stopped in their vehicles and issued tickets for ‘non-essential’ journeys. Closure of churches during one of the holiest times in the Christian calendar is being rigidly imposed while solitary citizens in parks and open spaces are being monitored by drone then ordered back indoors by police officers who appear to be relishing their new powers.

One of the most disturbing traits reminiscent of the Soviet Union is politicians encouraging citizens to report their friends and neighbors to the authorities if they break government regulations including the stay at home suggestions. Nobody likes a snitch, but it appears that some citizens are willing to break that unwritten rule especially for the financial rewards that are being offered by some shameless political leaders.

For those who believe in individual liberty, along with free enterprise and constitutionally limited government, the ease with which governments and the media have brought the world and the global economy to a standstill should be as concerning as the virus itself.

With the restoration of traditional freedoms in mind questions need to be asked: power corrupts and having got used to immense power over the citizenry, will these petty dictators surrender the powers they have assumed, and if so, when?

Will they surrender all these powers or hold some in abeyance ready for the next crisis which may be manufactured in order to progress their political agenda?

The disastrous consequences of this crisis to the capitalist system is a dream come true for the groups of misanthropes mentioned earlier. It would suit their agenda if industry and businesses remained closed for as long as possible leaving tens of millions of working people dependent on government handouts to survive while government control of the remainder of industry will be their only route to survival.

Many of the ruling elite who are currently using their draconian powers to shutdown economic activity and the lives of billions of people around the world will never let a crisis go to waste. They will always exploit a crisis to further their political agenda and if a crisis is not forthcoming, they will create one.

The next crisis is on standby ready and waiting for the Covid-19 to subside. Climate change due to human activity has been relentlessly touted as the biggest threat to the planet in all human history; certainly, bigger than any flu-like virus.

With the absolute certainty of a grant financed computer model it has been touted relentlessly for decades that the science is settled; we only have ten years left to avoid an apocalyptic extinction event that only drastic action similar to what we are witnessing today will suffice.

The global elite will have used this current crisis as a practice run, making observations and taking notes on how they succeeded shutting down the global trading system and capitalism so quickly and efficiently.

They will have noted which parts of the shut down process need refining or replacing and where resistance to their shutdown agenda was most pronounced so they know where to position the water cannon and anti-riot paraphernalia first.

To conclude, one of the most successful parts of the shutdown process was the propaganda and fake news output of the mainstream media. They played their part perfectly and with ruthless efficiency.

Initially by creating unwarranted mass hysteria and secondly by supporting the politicians that advocated the suspension of capitalism and individual liberties. Thereafter they relentlessly questioned every action taken by incumbent Presidents and Prime Ministers they disapproved of smearing them in the process.

Defeating this particular virus will not be the end of a global crisis but the beginning of a new campaign to replace the capitalist, free trade system and nation state democracy with a centrally controlled global economy based on equality of nations and the transfer of power from the people to appointed technocrats who do not have traditional liberties in mind.

Posted by Daniel Thomas at 4:07 PM