Scaring the Kids - Ramping Up the Climate Hysteria for Future Votes 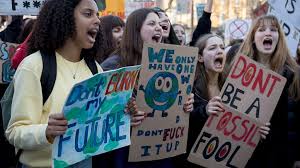 Globalists at the UN and their climate change shock troops on the ground led by the national political elites, Hollywood celebrities and autistic Swedish school kid Greta Thunberg are getting increasingly worried that more people are questioning the climate change orthodoxy that human activity is killing the planet.

Their reaction to this imminent threat to their power grab is to change the terminology and ramp up the hysteria.  This is their tried and tested strategy to keep the momentum going when interest begins to wane, and climate realists start to gain some traction.

In the 1970’s the science was settled, and the debate was over when the experts claimed that catastrophic cooling and an imminent ice age was going to end civilization. Alas this failed to impress a public that was more informed than the brainwashed snowflakes and celebrity obsessed minions of today.

With the national political elites enticed with promises of absolute power over their charges, the scientific community seduced with lucrative taxpayer funded grants and the mainstream media primed for an onslaught of propaganda, man-made global warming was born.

When the global temperature and sea levels failed to rise as the computer models indicated and the predictions of impending doom across the natural world failed to materialize the name of the scam was changed from man-made global warming to climate change.

This allowed the perpetrators of the scam to blame any weather event or unusual natural phenomenon on climate change caused by human activity.

As the scientists and their data are exposed as fake, the public has become more skeptical than ever, therefore climate change has become the more apocalyptic ‘climate emergency’.

Politicians for the currently out of power British Labour Party have gone one step further and renamed the power grab as ‘the climate catastrophe’.

This hysteria is manufactured with malice aforethought and it is proving successful at scaring the living daylights out of their target group which is impressionable schoolkids along with feeble-minded adults who have been indoctrinated by the agenda driven education system and academia.

There are reports of vulnerable and impressionable children suffering mental issues and depression because of the manufactured hysteria about our impending doom due to the activities of civilisation.

This is a cynical calculation for the next general election which is due in 2024. Those terrified school kids who are skipping school to listen to Greta Thunberg, the Goebbelesque purveyor of climate catastrophe propaganda, will be eligible to vote by then so the hysteria needs to be maintained and ramped up for the next four years to secure their votes.

To conclude, if a week is a long time in politics then four years is a lifetime. Realists can only hope that in the coming four years more people, including the schoolkids, will become enlightened and the purveyors of the impending climate catastrophe be further exposed for the charlatans that they are.

Posted by Daniel Thomas at 11:53 AM No comments: 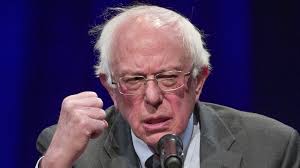 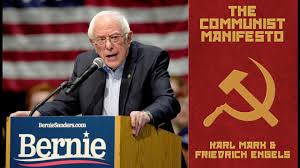