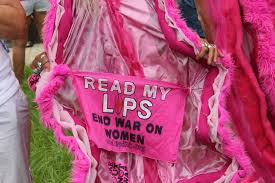 Today is the day where women in western countries take the opportunity to put their hypocrisy on full public display by making a lot of noise about victimhood, inequality and male bias but actually doing nothing to address the real issues that torment the lives of millions of women across the planet.

In order to continue the victimhood narrative they deliberately avoid highlighting the monumental achievements of women since universal suffrage was achieved in Great Britain and more importantly they ignore the shocking and degrading treatment of their abused sisters that live in their midst and around the world.

Regular readers will know that I have no love for British Prime Minister, Theresa May, but I commend her for her speech on this International Women's Day where she listed the achievements of British women which the sisterhood choose to ignore.

Although there is still some way to go in the area of gender equality the list is impressive but obviously not impressive enough to get a mention from the sisterhood.

In Great Britain the Head of State is a woman and Theresa May herself is the second of two female Prime Ministers, the other being the inimitable Iron Lady, Margaret Thatcher.

Other powerful women include Great Britain's most senior judge.

The Commissioner of the Metropolitan Police, Great Britain's most senior police officer.

The Director of the National Crime Agency.

The leaders of The Confederation of British Industry and the Trades Union Congress.

The First Minister of the Scottish Parliament along with the Leader of the Opposition.

The Director of Public Prosecutions

Many would argue that the dreadful state that Great Britain finds itself in is the result of women being appointed to these positions on account of their gender as opposed to their ability but that is open to question.

What is not open to question is the fact that the systematic abuse, including rape, mutilation and murder of women and young girls has been rampant in Great Britain for decades with the full knowledge of these very same women.

It is estimated that one million young white girls have been groomed, raped and pimped out by members of the Muslim community comprising mainly of those with Pakistani heritage.

Child sex abuse gangs could have assaulted ONE MILLION youngsters in the UK.

Female Genital Mutilation (FMG) is rife in Great Britain and despite being illegal since 1985 there have been no prosecutions.

Female genital mutilation cases rise in the UK, but no prosecutions.

Similarly, child brides, incest and paedophilia are rampant but the prosecutions do not match the scale of the problem. 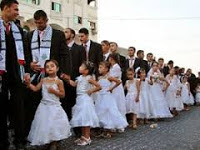 There are an estimated eighty Sharia courts operating in Great Britain which as everyone outside of the political elite accept as being misogynistic by nature and codifies in law the abuse of women.

The usual political slogans and buzzwords are used to excuse this routine abuse of women and young girls, the toleration of which is a stain on the country and lays waste its claim to be a civilized society.

Domestic abuse, rape, mutilation, incest, paedophilia, child marriage and murder are excused or mitigated on the grounds of cultural sensitivity, community cohesion, inclusion, celebrating diversity etc. etc. The victims are dismissed as collateral damage who have been sacrificed on the altar of multi-culturalism.

FMG should not be prosecuted. Police force claims the best course of action is to 'educate parents'.

To conclude, these examples of abuse against women in Great Britain, which the sisterhood choose to ignore on International Women's Day, are the reasons the whole virtue signalling charade should not be taken seriously by right thinking people.

Celebrities Won't Burn the Burqa - The Suffragettes Suffered In Vain.


Update:  In the interests of multiculturalism and to celebrate diversity child marriages, including those between close relatives, are recognized and perfectly legal in Great Britain.