Barack Obama - A Nasty Piece Of Work Or Just A Standard Progressive? 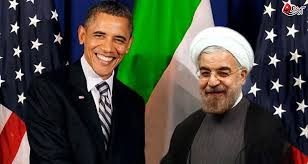 Watching President Obama doing his utmost to scorch the earth and make life as difficult as possible for the incoming Trump administration he gives the impression of a nasty piece of work displaying a petulant, vindictive attitude typical of a sore loser.

If that were the case then his backstabbing of Israel and the Jewish people could be dismissed as such and President Obama could be safely dispatched to the dustbin of history along with Hillary Clinton, John Kerry and that other visceral Jew hater, Jimmy Carter.

Unfortunately it's not that simple. This global political class, of which the aforementioned are fully fledged members, are so dedicated to their cause everything they do from speech content to body language are the result of a cold political calculation.

The Obama administration sponsored UN resolution condemning Israel for building houses in their own capital city is the result of the anti-Israel agenda and Jew hatred that is one of the central tenets of left wing ideology as followed by the so called 'progressive' left.

The British wing of the global 'progressive' movement, the once noble Labour Party, is being led by a virulent anti-Israel Jew hater named Jeremy Corbyn. So visceral is his hatred for Israel and the Jewish people he numbers the leaders of Hamas, Hezbollah and the PLO among his friends.

Currently the Labour Party is undergoing a series of inquiries into anti-Semitism in its ranks which is regarded as nothing more than a PR exercise for public consumption only. No action is expected to be taken against the perpetrators since the eradication of Israel and the Jewish people are, as mentioned earlier, central tenets of the 'progressive' left agenda.

It must be noted at this point that Corbyn's hatred for Great Britain is equally visceral as evidenced by him breaking bread with the blood soaked leaders of the Irish Republican Army (IRA). It would appear that any hater of Great Britain is welcome as a friend of Jeremy Corbyn and the Labour Party.

Self loathing and hatred of ones own country is the hallmark of the 'progressive' left in the western democracies and they will work tirelessly and until hell freezes over to fundamentally transform their own countries and impose their agenda whether the people want it or not.

The UN is not alone in working for the eradication of Israel and the Jewish people. The European Union is infested with anti-Semites and they shamelessly support anti-Israel organizations such as BDS and the Palestinian Authority. 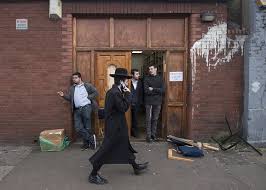 Meanwhile in France under socialist President Hollande, anti-Semitic violence has reached levels not seen since World War II. It is now so bad Jews are leaving in unprecedented numbers.

The Obama administrations sneak attack on Israel and the Jewish people is more than a reaction to losing the Presidential election; it is a calculated political move ahead of the overtly pro-Israel Trump administration to embed in the UN a mechanism that will destabilize Israel and leave it vulnerable to future attacks from behind borders that are impossible to defend.

The Obama administration's nuclear deal with the fanatical Jew hating Ayatollahs in Iran virtually guaranteed the destruction of Israel sometime in the next decade or so but President Trump's promise to nullify the deal has scuppered that plan.

This latest UN resolution will act as replacement policy to weaken Israeli defenses and make it vulnerable attack from its surrounding enemies.

The 'progressive' left will never give up on its global agenda and that includes a borderless world and the destruction of Israel and the Jewish people, its a fact of life and freedom lovers must be aware of the threat and remain eternally vigilant.

In conclusion, President Obama and his cohorts may very well be vindictive, nasty pieces of work but the actions they take between now and the dustbin of history will be part of a well thought out action plan designed not only to frustrate the incoming administration but to further embed their agenda hoping to pick up where they left off in four years time.

Posted by Daniel Thomas at 1:50 PM