Stolen Democracy - Is Violent Uprising Is the Only Option Left? 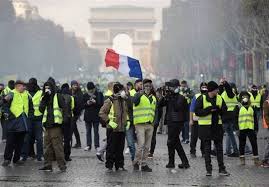 While the British people were celebrating Christmas and New Year thirteen new legislators were appointed to the Upper Chamber of the British Parliament without a single vote being cast. The House of Lords now consists of eight hundred or so unelected cronies, lobbyists and agenda driven party hacks who hold nothing but contempt for the British people.

Since the Brexit referendum in June 2016 the House of Lords has voted fifteen times to override the result of the biggest democratic exercise in British history and keep the people locked inside the corrupt and failing EU against their will.

Along with the Lower Chamber of this so-called Mother of Parliaments, the political elite obey their globalist masters and oppose the signature issues that are of most concern for the people they are supposed to be representing.

Mass immigration and border control, dispensing billions in foreign aid to basket case countries, re-instating the death penalty for certain heinous crimes, rigidly policed political correctness, imposed multi-culturalism and Islamisation are just some of the issues where the politicians ignore the people and obey their globalist masters without question.

To make matters infinitely worse this political elite are in the process of removing basic rights that have been won at great cost in blood and sacrifice over the centuries. These include freedom of speech and the right to form and express one’s own opinions.

With the advent of the European Arrest Warrant the ancient right of Habeas Corpus is also under threat.

Now that the current occupants of the British Parliament have taken it upon themselves to ignore the people and override the result of the Brexit referendum, as well as ignoring the promises they made during the 2017 general election, what do the British people do now to peacefully redress their grievances and express their dissatisfaction with the government?

These were the tried and trusted avenues of protest and action which used to be sacrosanct in the British democratic system and are now closed off. The political elite and their establishment have overthrown the people and suspended their democracy to become a law unto themselves.

They now make the decisions that affect the lives of the people and how the country will be governed in the future without consultation or authority through the ballot box.

The disastrous decision to open the borders to millions of economic migrants from the third world was taken in secret without consultation as was the decision to destroy the centuries old British culture and way of life and replace them with a so-called ‘multi-cultural society’.

The British people were never consulted about the forced Islamisation of their country whereby their emblems and traditions are deemed to be offensive while any opposition to imported barbaric practices is declared to be Islamophobia. 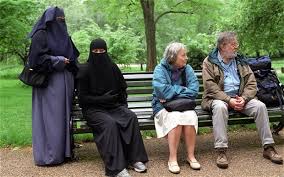 Anyone expressing opposition to the course charted by the ruling elite are smeared, criminalized and left open to prosecution by the now heavily politicized police ‘service’ under draconian hate speech/ hate crime laws that favor everyone except the indigenous majority.

While the British people have been disarmed, the once benign police force have been slowly transformed from a public service into a heavily armed paramilitary force that can be deployed at a moment’s notice.

This usurpation of political power is not confined to Great Britain. Despite heavy censorship, violent civil unrest is occurring across the European Union as people rise in protest at their own governments for implementing laws and treaties derived from the globalists at the EU and the UN.

They are also rising in protest at the murder, mayhem and violent attacks that are being perpetrated against them by incomers who refuse to integrate and openly call for death to those who refuse to adopt their religion or culture.

The Yellow Vest violence that started in Paris to protest about a rise in fuel tax has now spread to other cities in France and across Europe in protest at mass immigration, forced Islamisation and the signing of the UN Compact for Safe, Orderly and Regular Migration.

This UN Compact is widely seen as the legal basis and facilitation mechanism for the transfer of millions of incompatible migrants from backward third world countries into Europe and the west.

The vote by the British people to leave the EU has put the nation building project under threat and this has forced its terrified leaders to speed up the transfer of sovereignty from the national Parliaments to their power base in Brussels.

Led by the megalomaniac German Chancellor, Angela Merkel and her French lapdog, Emmanuel Macron, EU leaders are desperate to prevent other nations following the British lead.

The rise of President Trump in America has caused Mad Merkel to have a severe fit of globalitus insanitus resulting in her calling for other nations to surrender their sovereignty to the UN bureaucrats in order to combat the rise of nationalism but that’s another story for another day.

I will conclude with some related articles that reveal the true intent of the EU leaders and why they must be opposed, violently if necessary:

Merkel: EU States Must Prepare To Hand National Sovereignty Over To Brussels.

Junker Calls On EU To Seize Chance To Become A Major Sovereign Power.

France Calls For Europe To Become An Empire To Rival China And The US.

And finally a must see very short video where the President of the phony European Parliament goes off on a rant about nations surrendering their sovereignty to lunatics like him.