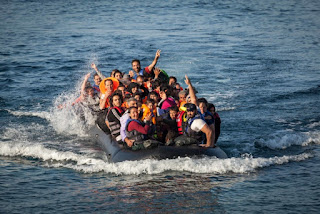 A year ago, almost to the day, the then Home Secretary, Sajid Javid, cut short his family’s Christmas holiday in South Africa and flew back to Great Britain to deal personally with an urgent immigration crisis.

Increasing numbers of economic migrants, mainly young males from Iran and Afghanistan, were crossing the English Channel in small boats and rubber dinghies from France in order to illegally enter Great Britain and join the welfare benefits free-for-all or to join the Islamic jihad.

In the year following Javid’s personal intervention in this so-called emergency, or ‘major incident’ as he called it, channel crossings have more than doubled. This begs the question; what action did he take, if any, or did Javid sacrifice his family holiday in a cynical headline grabbing publicity stunt designed to appease the restless anti-mass immigration British public?

The yawning chasm between the political class and the people is at its widest on the issue of open border mass immigration and imposed multi-culturalism. Imposing a so-called ‘multi-cultural society’ is a fig leaf cover for cultural replacement which is the declared goal of the United Nations (UN) and its bastard offspring, the European Union (EU).

In the simplest of terms, the people want mass immigration and cultural replacement stopped but the political class and the globalist ruling elite do not. Moreover, they will do everything in their power to keep it going as long as possible until the tipping point is reached making cultural replacement irreversible.

Crushed by rigidly policed political correctness and threats of prosecution, the British people have watched as every village, town and city has been blighted and changed beyond recognition by the mass influx of incompatible migrants from the undeveloped world who refuse to integrate.

Furthermore, many migrants not only refuse to integrate but openly demand that the British people change their way of life to accommodate theirs. Religious zealots among the immigrant community have committed mass murder in order to impose their culture, beliefs and way of life on the host nation.

Opposition to open border mass immigration and imposed multi-culturalism was one of the main drivers of Brexit but the political class still took no action other than to prevent the country from leaving the EU.

Politicians claim their hands are tied by the free movement of people demanded by the European Union but that is a weak excuse since they have always had total control of non-EU immigration but still did nothing to stem the flow.

Prime Ministers and their Home Secretaries since the Blair/Brown administration have promised to take firm action to halt mass immigration and the descent of Great Britain into third world status, but they always renege on those promises.

When she was the Home Secretary Theresa May promised to implement government policy and reduce annual immigration numbers from the hundreds of thousands to the tens of thousands.

After six years as Home Secretary, and three more as Prime Minister, she took no action other than make more promises on immigration she knew she would not deliver.

Mrs. May's refusal to act has resulted in immigration numbers increasing to record levels which are unsustainable since it has resulted in a chronic shortage of housing, health care provision, school places, transportation, jobs, money and other physical and social infrastructure. 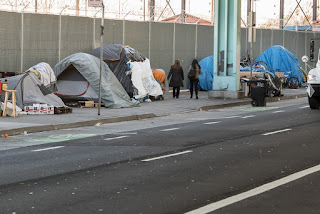 The treacherous Mrs. May was replaced by Sajid Javid who carried on where his predecessor left off with promises of action but delivering nothing other than virtue signaling and headline grabbing publicity stunts.

To the dismay of many Sajid Javid, a life-long Europhile who switched to Brexit when it looked like his side was losing, is now the Chancellor of the Exchequer in charge of the nations’ finances. He is also being touted or groomed as Great Britain’s first Muslim Prime Minister, but I digress.

The hopes and morale of the British people has been raised by the election of Boris Johnson and his appointment of the tough talking Priti Patel as his Home Secretary. They are making impressive noises about a new immigration system based on the Australian points system but only time will tell if this tough talking will be turned into effective action and not reneged upon as in the past.

To conclude, the British people are giving the new Johnson administration the benefit of the doubt that the promises that were routinely broken in the past will be kept and the issue of mass immigration which has caused so much damage to the British people and their way of life will finally be dealt with in their favour and their dignity as people returned.

'Get a grip': Sajid Javid flies back from holiday as English Channel migrant crisis mounts.

Posted by Daniel Thomas at 4:39 PM