Harry and Meghan Play the Race Card and Insult the Nation 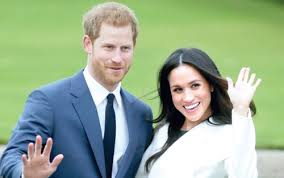 Watching the slow-motion descent of former action man Prince Harry into a simpering wimp dominated by his plastic ever-so-woke Hollywood starlet is a tragedy beyond measure for the Monarchy and its supporters.

All the respect and admiration earned by Prince Harry on the battlefields of Afghanistan evaporated into the ether when he caved in and surrendered to the domination of his Trump hating, champagne socialist disciple of all the usual Hollywood causes.

As soon as it was announced that Prince Harry had taken up with a diva from the Hollywood acting fraternity Royal watchers and pundits alike knew in their hearts it would end badly for Harry.

Initially people respected their decision to withdraw from royal duties because they wanted to enjoy a private family life and raise their son Archie away from the publicity that plagued Harry’s mother Diana.

The public respect for Harry and his reputation started to evaporate when Meghan dropped the royal princess act and resumed her previous life as a narcissist from planet Hollywood where seeking publicity is a way of life.

They could have just left Great Britain and started their new life away from cameras, but the Hollywood diva and her Prince Charming couldn’t resist throwing a few insults at the Royal family and the British people on their way out of the door. 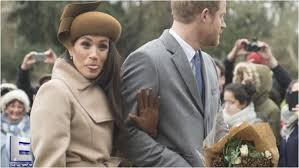 Meghan is entitled to her opinion on royal life and many would agree that it can be stifling at times, but she knew that before she joined and certainly knew it before she married into the firm.

Her assertion that getting away from the royal family was a ‘matter of life and death’ is typical hyperbole from a Hollywood diva whose raison d’etre is to be the center of attention and first in line for public exposure as opposed to sixth in line as she was with the Windsors.

To a narcissistic Hollywood diva, being sixth in line behind a commoner like the classy and popular Catherine, Duchess of Gloucester, must rankle to high heaven and too much for her ego to bear.

Being the generous souls that the British people are, Meghan’s attitude toward the royal family can be forgiven but the charge of racism she leveled against them cannot and shame on Harry for going along with it.

With the help of the agenda driven mainstream media, who are also embracing the ‘woke' culture, Harry and Meghan are now claiming that they were driven out of Great Britain by racism.

He could have made the accusation of racism before meeting Meghan and used his position to highlight it but it was only after their decision to leave the country that he went public with his belief that the British people were racist.  To mitigate his ludicrous statement Harry claims the British people are racist without knowing it. They are unconsciously racist.

In support of Meghan and Harry’s reason for leaving, an agenda driven ‘woke’ lecturer on race and ethnicity at Edgehill University on Merseyside, a Ms. Rachel Boyle, claimed hysterically on national television that …..”its racism. She’s a black woman and she’s been torn to pieces by the press”. One would think that a lecturer on race and ethnicity would know that Meghan Markle has a white father which makes her just as white as she is black.

Using Ms. Boyle's criteria Barack Obama is a white man along with the late reggae star, Bob Marley. It would also make Tiger Woods a Thai and Jimi Hendrix a Cherokee Indian.

If anyone is going to indulge in identity politics in order to smear a nation it pays to do a little research first.

In the unpopularity stakes Sarah Ferguson, the former wife of Prince Andrew, the Duke of York, led the pack followed closely by Princess Michael of Kent.

The former was ridiculed and fat shamed as the Duchess of Pork due to her constant battle with the bulge and the latter christened Princess Pushy because of her overbearing persona. Both royals were torn apart by the media and both were white as driven snow.

Accusing people of racism when they are not is bad enough but accusing an entire nation is a serious smear and an insult that should not go unchallenged.

Stirring up animosity and hatred toward white people by accusing them of racism, together with white supremacy and white privilege, is one of the foundations of the ‘woke’ culture and shame on Harry for embracing it at the behest of his brainwashed Hollywood wife.

One would think that Harry and Meghan would be the last people to be accusing others of privilege when one was part of the most elite family on the planet and the other an exclusively educated and pampered member of the Hollywood elite.

To conclude; it is worth noting that despite their abhorrence of white people, white supremacy and white privilege, Harry and Meghan have chosen to retire to white majority Canada instead of her ancestral home in black majority Nigeria where they would be spared touching shoulders with the people they despise so much.


Prince Harry claims people are racist without even knowing it.

Posted by Daniel Thomas at 9:41 AM