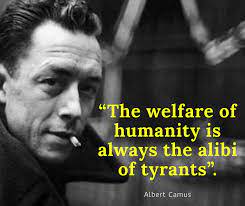 It seems like an eternity but it’s only been six months since the hard-won rights and freedoms enjoyed by generations of British people were removed in a matter of days by a political class whose use of the dictatorial powers they awarded themselves is out of proportion to the crisis they are meant to be addressing.

The people are already missing those nostalgic, halcyon days prior to March 25th 2020 when, face mask and punishment free, they could meet with friends and family in a park or on a beach; when they could celebrate the marriage of their children at a wedding or mourn the loss of loved ones at a funeral.

Those were the good old days when they could attend church or go to the local pub and enjoy a beer with their pals or go to a sporting event or the cinema or the theatre or watch their kids in a school play.

We remember with affection those carefree days before the media induced panic scared people to the point where they emptied the shelves of toilet rolls, soap, and canned food.

What freedom loving people miss the most is going to work and earning a living to provide for their families and not relying on handouts from a Conservative government who are supposed to be the guardians of individual liberty and a free enterprise economy.

It was March 25th 2020 when the Coronavirus Act became the law of the land and gave the government dictatorial powers over the people which they promptly used to take control of the economy then close it down, suspend normal life and confine people to their homes under virtual house arrest. This included the young and healthy, i.e. those who were at little or no risk from the virus.

Unlike the four years and three months it is taking to implement the result of the Brexit referendum, the Coronavirus Bill sailed through Parliament in four days without a vote. To appease some freedom loving Members an amendment was added requiring a review after six months. This falls on September 30th 2020 but more on that later.

Without going into the lies and disinformation peddled by the United Nations and their discredited, Chinese Communist Party controlled World Health Organization (WHO), it is worth looking at the machinations of the British government separately.

To justify awarding themselves authoritarian powers the government mantra was to trust the data, follow the science and listen to the experts but this is exactly what they did not do.

If they had followed the science, they would have accepted that the crisis was over months ago along with the need for draconian measures and the dictatorial powers they are using to prevent a return to normality.

The data they used to justify the adoption of authoritarian powers and the subsequent lockdown was deliberately falsified to exaggerate the number of deaths attributed to the Coronavirus and with the connivance of the media this phony data was used to create wholesale fear and panic.

This falsified data was then fed into computer models which were known from experience to be hopelessly inaccurate and calibrated to predict a plague of Biblical proportions. They claimed this plague would overwhelm the National Health Service and leave tens of thousands of people dying in agony without access to medical care.

One of the leading experts that governments have relied on whenever there is a crisis of this nature is the notorious Professor Neil Fergusson of Imperial College London. Why he is held in such high esteem is a mystery.

Some cynics suggest it is because he is guaranteed to give the government the results that justify their actions which, on the face of it, appears to be true.

Such is his record of abject failure and disastrous predictions it would have been just as sensible for the government to consult the Sibyls of ancient Greece, the Oracles of Rome, or better still the nearest fairground clairvoyant but I digress. 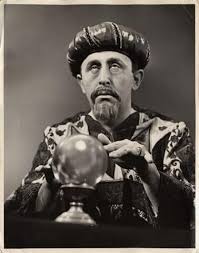 It’s worth noting at this point that any scientist or medical expert that had a different opinion to the orthodox or WHO narrative were ignored by the government and in many cases smeared by the media and censored by the big tech companies such as Facebook, Instagram and Twitter.

With the declared purpose of ‘flattening the curve’ to prevent the NHS from being overwhelmed they endowed themselves with draconian powers then used them to close the economy and subject the entire population to virtual house arrest.

The long fought for rights and freedoms enjoyed by generations were suspended and rigidly enforced laws, regulations and restrictions were imposed with harsh penalties and punishments for those who transgressed.

It must noted that these new laws and restrictions only applied to everyday regular folk with certain preferred groups such as Black Lives Matter, Extinction Rebellion and Muslims celebrating the end of Ramadan given an exemption.

Believing their government and the Nutty Professor that a Biblical plague was immanent and the NHS was about to be overwhelmed, the people largely complied with the diktats albeit with reservations.

The curve was duly flattened and the NHS saved so the draconian measures should have been lifted and the Coronavirus Act repealed but politicians rarely surrender power back to the people so they changed the criteria from flattening the curve to the ‘number of deaths’ in order to justify retaining their powers to restrict and punish the people.

When the ‘number of deaths’ reduced to below other causes of death the goalposts were moved yet again to ‘number of cases’ which would obviously increase with an increase in testing.

The increase in the number of cases is being used as an indication of a so-called second wave and it does not stand up to scrutiny.  The science we are being told to follow has confirmed that the method of testing is deeply flawed giving false positive results in up to ninety percent of people tested.

In desperation to retain their emergency powers the government are reduced to peddling data from countries such as Spain and France to justify their second wave narrative despite their data also being unreliable and their having different demographics and climates.

The newly generated hysteria about the number of cases and a second wave is coinciding with the review of the Coronavirus Act mentioned earlier and the use of its emergency powers which falls on September 30th, 2020.

As the ‘number of cases’ justification for retaining their powers and restrictions comes apart at the seams the goalposts are about to be moved again to ‘availability of a vaccine’. This could keep them in place for the full two years and become part of the much touted new normal.

This also means that anyone celebrating the traditional family Christmas or enjoying the popular New Year’s Eve parties will be criminals and subject to the attention of law enforcement and punished accordingly.

The science and the facts from the government’s own Office of National Statistics do not justify their actions so their ulterior motive for this dictatorial and destructive behavior is anybody’s guess:

The total lockdown is a disaster both economically and socially. The effect on mental health, personal relationships and the development of our children is incalculable. 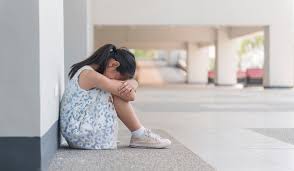 The government is hiding the number deaths resulting from their unnecessary lockdown including those whose life saving treatment was cancelled to make way for Coronavirus patients.

The solution is so simple even the dumbest politician should understand it.

Protect those we know are high risk and open the economy for everyone else.

I will conclude by saying that every death is a tragedy and my condolences go out to all those who have lost loved ones because of this virus and the consequences of the government lockdown.

No Medical Justification For Emergency Measures