Rogue Great Britain - Back Of The Queue For US Trade Deal 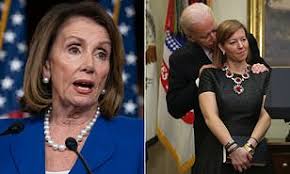 The hysteria surrounding the British government’s action to protect the integrity of the United Kingdom against an attempt by the European Union (EU) to split it up raises several important issues and reveals the extent to which the globalist elite will go to frustrate the will of the British people to leave the corrupt and bankrupt political project.

A prosperous, independent Great Britain free of the EU shackles would be a devastating blow for the nation building project for two reasons. Firstly, the ending of British contributions to the EU budget will cause the already indebted Eurozone economy to collapse completely.

Secondly, it would cause the impoverished and disenfranchised people of the other nation states to question the value of membership and demand their independence also.

These two consequences alone could end the decades long nation building project and be a major setback to the globalist project for a one world government.

To salvage their beloved United States of Europe, and the associated gravy train, the unelected ruling elite in Brussels, along with the globalist cabal and the internal enemies of British independence, have done everything in their power to reverse the result of the Brexit referendum.

Failing that, they have attempted to ensnare the British people in a trade and political agreement that would leave them still subject to EU regulations and the jurisdiction of the European Court of Justice. The infamous Brexit in name only.

So desperate are these malignant globalist ideologues to prevent a prosperous, independent Great Britain on their doorstep they would re-ignite the civil war in Northern Ireland by splitting it off from the rest of United Kingdom.

To prevent this the British government has revisited the Brexit Withdrawal Agreement and Political Declaration to clarify that Northern Ireland will leave the EU with the rest of the United Kingdom in event of a no-deal Brexit and not subject to separate arrangements.

This clarification has resulted in accusations that Great Britain has broken international law and should be treated as an untrustworthy rogue state and an international pariah. To seasoned Brexit watchers this hysteria was as predictable as night following day and designed to put pressure on Prime Minister Boris Johnson to cave in and accept the EU’s Brexit in name only terms.

This manufactured hysteria has also revealed how deeply the American political swamp is involved in the European nation building project.

Repeating the words of former President Barack Obama when he interfered in the Brexit referendum campaign, the Speaker of the House Of Representatives, Nancy Pelosi, stated that due to breaking international law, Great Britain will be at the back of the queue for a trade deal.

Not wishing to be upstaged by the Speaker of the House, Presidential candidate, and world renown plagiarist, Joe Biden, announced in words not of his choosing that due to breaking international law Great Britain will be at the back of the queue for a trade deal.

This pair of long serving, senile geriatric swamp dwellers from across the water have joined forces with a treacherous cabal of British politicians, civil servants and an assortment of other establishment figures to frustrate and reverse Brexit or keep the British people shackled to the hated EU with a Brexit in name only deal.

The sanctimony and hypocrisy are nauseating when it comes to breaking international law. It was the administrations of George W. Bush and Tony Blair that started an illegal war in Iraq and engaged in a violent overthrow of Libyan tyrant Muammur Gaddafi.

It was an American administration that broke sanctions by supplying the Ayatollahs of Iran with arms and then funneling the money to the Contras rebels in Nicaragua.

To conclude, the manufactured hysteria about Great Britain clarifying the Withdrawal Agreement and Political Declaration to prevent malignant EU rulers from threatening the integrity of the United Kingdom and re-igniting the civil war in Northern Ireland is a clear demonstration of the lengths the globalists will go to in order to protect their nation building project.

Posted by Daniel Thomas at 2:53 PM