President Trump Shows Europeans How To Deal With Illegal Immigrants 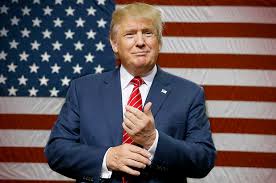 An elected President actually doing what he promised to do during his election campaign is a novel concept in this age of lying, self-serving politicians who promise all things to all men then go back on their promises the moment they’re elected to office.

President Trump is a welcome exception who is doing exactly what he promised to do so it’s hardly surprising that the sleazy career politicians and the mainstream media whores that infest the Washington swamp are panicking and working feverishly to delegitimize his Presidency and sabotage his agenda.

Putting the American people first and keeping them safe from Muslim terrorists and illegal immigrant criminals was a signature policy during his election campaign. He is implementing this in the face of opposition from all quarters including agenda driven judges at home and the UN/EU global elite abroad.

This is in stark contrast to European leaders, including British Prime Minister Theresa May, who are putting the interest of immigrants first at the behest of the self-same UN/EU elite. It is despite an appalling catalogue of crimes being visited upon the British and European people by immigrants both legal and illegal, including some of the most dangerous Muslim terrorists on the planet. 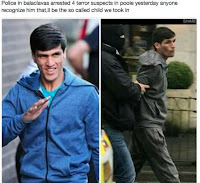 While President Trump’s administration is enacting a moratorium on travel from six countries highlighted by the Obama administration as terrorist infested and dangerous to the American people, Great Britain and the EU are allowing them entry in their tens of thousands without proper vetting.

Some obviously adult immigrants are admitted as unaccompanied children who then go on to commit very grown up crimes. (See here)


While President Trump’s administration denies funding for so called sanctuary cities, areas where ‘progressive’ politicians refuse to enforce the law of the land with regard to illegal immigrants, Great Britain and the EU elite allow them to remain and shower them with taxpayer funded welfare benefits. (Forty convicted terrorists use the courts to remain in Great Britain here)

While President Trump’s administration enacts Kate's Law to increase prison sentences for illegal immigrant criminals who have re-entered the country after being previously deported, Great Britain and the EU elite allow serial criminals to enter and remain. This includes multiple re-entries.(Kate Steinle murdered by an illegal immigrant here and here)

While President Trump’s administration revokes the citizenship for immigrants who have lied on their application, Great Britain and the EU elite hand out citizenship to any low life from the third world regardless of their criminal past.

With complete disregard for the safety of the British people, Theresa May’s government has allowed some four hundred battle hardened, blood-soaked jihadists to return from the battlefields of the Middle East without sanction.

Incidentally, it’s worth noting that a law giving Theresa May’s administration the power to revoke citizenship of jihadists, and any other undesirables for that matter, they steadfastly refuse to use it; most likely under pressure from the UN/EU elite.

By their own admission there are a further three thousand dangerous Muslim jihadists under constant surveillance and they estimate a further twenty-three thousand are roaming the streets of Great Britain planning the mass murder of British citizens in the name of Allah, as commanded by their Prophet and as written in the Koran.

While President Trump is not afraid to name the enemy as radical Islamic terrorists, Theresa May and the EU elite continue to insult the intelligence of the public by repeating the discredited and dishonest mantra that these outrages perpetrated by Muslims are nothing to do with Islam and that Islam is a great global religion of peace.

To universal condemnation from the global elite, the policies being implemented by President Trump and his administration are what he promised during his election campaign which was designed to protect the American people and keep them safe.

Putting the interests and safety of their own citizens first and foremost is an anathema to those British and European politicians who have sold their souls to the UN/EU and their project to create a borderless, egalitarian one world government.

These politicians are deluded by their own fanaticism and refuse to accept that the United Nations and the European Union are sinking in a sewer of their own corruption and rely on cultural replacement in the west to complete their one world project. The UN cannot and will not survive the cynicism of the rapidly awaking people of the developed world or the attention of President Trump when he turns his attention to them.

Posted by Daniel Thomas at 4:29 PM