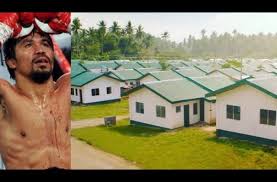 The manufactured hysteria surrounding Brexit and the election of President Trump that is dominating the media has had the effect of keeping genuine human crises out of the public eye. Maybe that is just as well for the professional political class since their lack of action dealing with long term crises will expose their in-built duplicity and incompetence.

The homeless crisis in Great Britain is a growing human tragedy of epic proportions with no pragmatic solutions from the political class forthcoming. Their virtue signaling and unwillingness to put their own citizens before their global masters is making the crisis worse with every day that passes.

There are currently 1.2 million people on the waiting list for housing with a further 6 million with tenure insecurity and no prospect of buying. To their eternal shame there are an estimated 4,000 rough sleepers on the streets without a roof over their heads at all. (See here)

Net immigration into Great Britain last year was an estimated 260,000 not including illegal immigrants. These figures are being manipulated downward by the government for fear of a public backlash. There has been no explanation why 650,000 National Insurance* numbers were issued in 2016 but only 260,000 new immigrants registered. (*A National Insurance number is required to work legally, claim benefits and use public services) Read about it here and here

It is estimated that a city the size Bristol would need to be built every year for a decade just to deal with the increase in population due to past and current levels of immigration.

Despite the outrage of the British people toward the mass immigration disaster and the resultant housing crisis, the political class from all parties steadfastly refuse to take control of the borders and halt the madness.

The three main political parties in Great Britain recently published their plans to deal with the homeless crisis they created and they are truly pathetic. Here are the sections on Housing:

Fixed-term social houses will be built and sold privately after 10 to 15 years with an automatic right to buy for tenants. Cash raised from sales will be used to build further properties.

A commitment to halve rough sleeping over the course of the next parliament and eliminate it by 2027.

Invest to build one million new homes, including 100,000 council and housing association homes by the end of next parliament.

Rent rises capped to inflation and legal minimum standards in properties for rent.

4,000 homes for people with history of rough sleeping.

A Housing Investment Bank to generate funding for new homes

Scheme allowing rent payments to accumulate like a mortgage

In the meantime in the Philippines, championship boxer turned politician Emmanuel ‘Manny’ Pacquiao has built 1,000 houses out of his own pocket for his homeless constituents in double quick time. 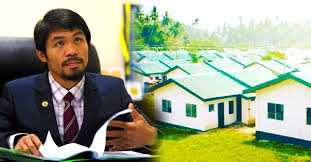 It may have been easier to achieve in the Philippines and a 1,000 basic housing units may be a drop in the ocean but that doesn’t detract from the determination of Pacquiao to do something pragmatic rather than trumpet empty promises at election time which will be broken immediately the polls are closed.

Manny Pacquiao has made a fortune during his boxing career which makes him a very wealthy man indeed in the Philippines but Great Britain isn’t short of millionaires and billionaires who could do the same but choose not to.

Its worth noting at this point that Manny Pacquiao and President Trump are problem solvers who put pragmatic solutions into action to get things done and neither of them are career politicians.

If Richard Branson, Alan Sugar, the Hinduja  brothers, the Barclay twins, Lord Paul and other millionaires and billionaires took the initiative and pooled some of their resources they could step in where the politicians refuse to and help alleviate the housing crisis.

Many of Great Britain’s wealthiest people from the political, entertainment and sporting worlds claim to be socialists who give financial support to the communist controlled Labour Party but are in reality publicity seeking virtue signalers who demand more immigration but refuse to help with the disastrous consequences.

Shame on you Tony Blair, Margaret Hodge, J.K Rowling, Emma Thompson, Dominic Cumberbatch, Gary Lineker and many more who have been put to shame by a retired boxer.

Posted by Daniel Thomas at 6:13 AM