#Je Suis Texas? - No Sympathy for the Victims of Hurricane Harvey 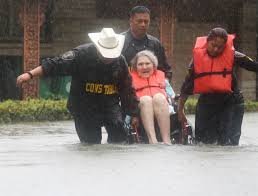 Apart from being perpetrated by Muslim Jihadists, the recent terror attacks in Barcelona, Paris, London, Stockholm, Berlin, Nice, Brussels and especially the Charlie Hebdo massacre had two other things in common; they were all self-inflicted tragedies facilitated by a political class dedicated to imposing Islam on their citizens and they all triggered an outpouring of sympathy from public and politicians alike.

Landmarks were lit up in the national colors of the victim nation, likewise Facebook users changed their background and profile colors, Hashtag Twitter campaigns were started and messages of sympathy from around the world for the victims were delivered.

Politicians and celebrities rushed to the nearest TV camera to put their sympathy on parade and to utter once again their well-rehearsed soundbites.

Soundbites such as “our thoughts and prayers are with the victims and their families” which is the standard soundbite after one of these national tragedies. The meaningless but oft repeated “We are standing shoulder to shoulder in solidarity with the people of Barcelona/Paris/London….” is another favorite.

To the eternal shame of the world and its leaders there has been no outpouring of sympathy for the victims of Hurricane Harvey, no national monuments lit up in the colors of the Stars and Stripes, no displays of solidarity meaningless or not, no Facebook or Twitter Hashtag campaigns and no offers of financial help. This despite the fact this is a natural disaster as opposed to a self-inflicted one.

There has been no high profile expressions of sympathy or solidarity from German Chancellor, Angela Merkel, likewise from the President of France, Emmanuel Macron, Canadian Prime Minister, Justin Trudeau or the leaders of the Arab world who would be under Iraqi dominance had it not been for the blood and treasure spent on their freedom by Uncle Sam.

The queen of the soundbite, British Prime Minister Theresa May, took time out to record a message for British Muslims and those around the world extolling their virtues on the feast of Eid al Adha ignoring the fact that 35,000 Muslim fanatics are walking the streets of her country, 3,000 are worrying to MI5 and 500 are under constant surveillance because they are planning to kill and maim her own citizens. (Read about it here here and watch her here)

There are no votes to be gleaned in Texas or Louisiana so she won’t waste any time recording messages of sympathy especially for people she and the rest of the global elite regard as a Trump supporting obstacle to the global government agenda.

They way that America, from President Trump and his administration, along with the vast majority of the American people, are dealing with this disaster is a wonder to behold. They really are standing shoulder to shoulder in solidarity with each other and it has become blindingly obvious they don’t need the rest of the world with its phony sympathy, meaningless soundbites and social media campaigns.

They can save them for next time innocent pedestrians are mown down, stabbed, shot or blown up by their most favored minority community.

In conclusion, #Je Suis Charlie was the first Hashtag campaign to go viral and was in response to the massacre of the Charlie Hebdo magazine editorial board for publishing a cartoon of the prophet Mohammad.

In line with their hatred of capitalism, America and the American people, the magazine’s response to the Hurricane Harvey disaster was to label those Texans who lost their lives as Nazi’s. This is beyond satire and bad taste but I’m sure the freedom loving American people will be the first to protect their right to publish.

You can do this America, you don't need the rest of the world, roll up your sleeves and get to work, you will prevail. 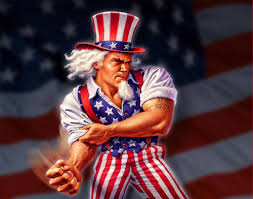 God Bless Texas, Louisiana and the United States of America