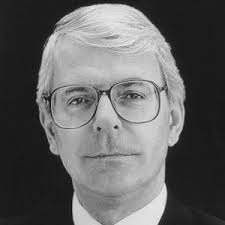 In the dim and distant past the words honesty and integrity meant something and they were essential requirements for anyone serving the public. Doctors, solicitors, the clergy and even postmen were considered people of unimpeachable integrity.

Most politicians used to be part of this august group of individuals but sadly, no longer.  How they went from highly regarded to the lowest form of life is open for debate; their reputation is in the gutter and they don’t give a damn.

The ability to lie with a straight face and not to give an honest answer to the simplest of questions have replaced honesty and integrity as essential requirements for the job. It is, however, hypocrisy and their contempt for the people that is the most damning.

One off the worst cases of hypocrisy and contempt of the people was the recent announcement by former Prime Minister and hallowed Knight Of The Realm, Sir John Major, that he will challenge the proroguing of Parliament in the law courts.

The current plan by the Her Majesty the Queen to prorogue Parliament at the request of her Prime Minister, Boris Johnson, is not a constitutional outrage or the coup d’état by fascist tyrants it is being portrayed as, but the normal device that is used to end an old Parliamentary session in order for a new one to begin.

Sir John Major has got his Y fronts in a twist because the prorogation of the longest Parliamentary session since the civil war will lose four days of debate.. He is disregarding the fact that he himself prorogued Parliament during his Premiership losing a full five weeks of debate.

Despite it being the law of the land passed by themselves, this current Parliament has spent the last three years using every dirty trick in the procedural book to ignore their own law and overturn the result of the Brexit referendum to the exclusion of other vital legislation.

Whereas Boris Johnson is proroguing Parliament to introduce a new legislative program that the country desperately needs, Sir John Major prorogued Parliament to prevent the release of documents that exposed the involvement of his Party members in a sleaze and corruption scandal.

All he cares about is the preservation of the European Union and its nation building project which will not survive Brexit and a prosperous Great Britain outside its shackles.

Sir John Major may have been the grey man of British politics and one of the worst Prime Ministers in history, but the damage done to the country by this fanatical Europhile is serious and most likely irrevocable.

He was Chancellor of the Exchequer on Black Wednesday when Great Britain crashed out of the European Union’s Exchange Rate Mechanism costing the economy billions of pounds.

He was the Prime Minister that signed the Maastricht Treaty which surrendered whole swathes of Parliamentary sovereignty to the unelected bureaucrats in Brussels without consulting the people and without a referendum.

He was part of the cabal of fanatical Europhiles that overthrew Prime Minister Margaret Thatcher because of her pro- British, pro-American, anti-European Union stance. This act of treachery led to thirteen years of the most destructive socialist governments since the war and a complete surrender to the European Union via the Lisbon Treaty.

On the domestic front Sir John is notorious for cheating on his wife with his colleague, Edwina Curry, one of the most unpopular government minsters of the time, and setting up the ‘cones hotline’.

This harebrained scheme was meant to win over the voting public by setting up a dedicated phone line which the motorist could call to complain about traffic cones at roadworks delaying their journeys.

Rumoured to tuck his shirt into his Y fronts, John Major was the cartoonists dream and he was never able to shake off the image of the grey buffoon in his iconic underwear.

To conclude, John Major’s reward for his treachery, incompetence and destructive Premiership was the highest order of chivalry in the British honors system.

Making a treacherous fool like John Major a Knight of the Garter is rewarding failure as well as downgrading the exclusive and noble order which was founded by King Edward III in 1348; it also brings the entire honors system into question.

Posted by Daniel Thomas at 8:13 AM