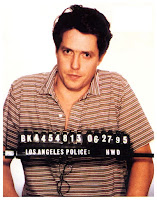 The hysteria surrounding the prorogation of Parliament by Boris Johnson is reaching fever pitch with no signs of it abating. People from all walks of life are enlightening the great unwashed with their pearls of wisdom in the hope that they will see the error of their ways and hate Boris just like they do.

One could understand people being persuaded by an academic or someone with a lifetime of experience who understands the issues and can articulate their point view with clarity. Actors, singers and other individuals from the world of entertainment rarely meet these criteria.

One such sage from the entertainment community who felt the need to enlighten the world with his opinion is the English actor Hugh Grant. There was nothing persuasive about his foul-mouthed rant except maybe to confirm that he is ignorant, and Boris Johnson is right.

With all the eloquence he could muster Hugh Grant informed the exclusively educated Boris Johnson:

“You will not fuck with my children’s future. You will not destroy the freedoms my grandfather fought two world wars to defend. Fuck off you over-promoted rubber bath toy. Britain is revolted by you and your little gang of masturbatory prefects”.

Apart from celebrity obsessed snowflakes and the intellectually challenged glitterati, I am confident that Hugh Grant hasn’t changed a single mind. Instead he has confirmed that he is an ill-informed, potty mouthed, self-opinionated has-been actor who is throwing a tantrum because he lost the Brexit vote.

Why anyone would take this pansy seriously is beyond reason. Apart from being as wet as lettuce, Hugh Grant suffers from poor judgment and a complete lack of self-awareness.

Poor judgment such as cheating on the iconic fashion beauty Liz Hurley with a charming young lady named Divine Brown, a Los Angeles prostitute he picked up off the street. 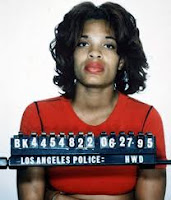 If that isn’t poor judgment, getting caught by the police performing a lurid sex act with her in a public place surely is. So is the fact that Ms Brown charged him $60 for her services but for $40 more they could have got a room and not got caught. Now that really is poor judgment for a multi-millionaire as well as stingy.

As a bit of a ladies’ man himself with a few dalliances of his own, Boris Johnson’s judgment has also been called into question. It doesn’t excuse his behavior, but his judgment was such that he was never caught performing a lewd act in public and certainly not with a prostitute he picked up off the street.

Looking in detail at the content of his rant exposes Grant's ignorance about the whole issue of the European Union and what it is about. A good old fashioned fisk reveals all.

“You will not fuck with my children’s future” – Surrendering the governance of his children's country to a cabal of corrupt, unelected foreign bureaucrats in Brussels that don’t like them and can’t be removed by popular ballot is hardly securing their future.

“You will not destroy the freedoms my grandfather fought two world wars to defend” – His grandfather would be rolling in his grave if he knew that the freedoms he fought for have been meekly surrendered to a German dominated superstate.

The continent and the battlefields on which grandpa fought are now controlled by the enemy that tried so hard to kill him.

“Fuck off you over promoted rubber bath toy” – I would hardly consider an exclusively educated politician who was a renown journalist, a successful former Mayor of London and a former Foreign Secretary as over promoted. I am sure Boris Johnson will not be bothered in the slightest by this insult from a has-been actor and degenerate public fornicator.

“Britain is revolted by you and your little gang of masturbatory prefects” – Far from being revolted, all the indications are that the exact opposite is true; Boris Johnson is a very likable person and very popular among the general public. With a 10% + lead in the opinion polls he would be elected as Prime Minister should there be an election tomorrow.

In complete contrast, if anyone attracts revulsion, it’s Hugh Grant with his degenerate public behavior with a prostitute he picked up off the street.

Also, if anyone is surrounded by a gang of masturbatory prefects, it’s an actor from the notoriously hedonistic entertainment community whose heads are firmly planted up each other’s nether regions.

To conclude this piece of fun and frivolity it's worth quoting Divine Brown after she compared his manhood with her other clients.

“If I was rating it out of 10 in terms of size and quality, I’d give it 6. I’ve seen bigger and I’ve seen smaller but his was cute”.