Surrendering Control of The Military Is the Ultimate Treason 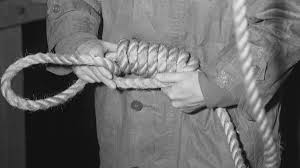 The noise generated by the Brexit debate is emanating from the fight about a trade deal and the prorogation of Parliament, but it has also allowed the politicians to avoid debating the more destructive aspects of continued European Union membership.

Among these are the remaining articles of the Lisbon Constitution which will become effective in 2022 such as requiring Great Britain to join the disastrous Eurozone and the equally disastrous open border Schengen area. They failed to debate the ending of the national veto and the surrender of control over any remaining areas which in any independent nation state should be under the control of the people via their elected Parliament.

The European Union has always been sold as a benign economic project concerned with trading in a single, tariff-free market plus membership of a customs union. The truth is that the European Union is, and always has been, a nation building project with the aim of replacing the independent nation states of Europe with a single state centrally controlled by appointed bureaucrats based in Brussels.

If the European Union is not a nation building project then Parliament needs to explain to the people why a benign economic project concerned only with a tariff-free single market and a customs union needs an army, a navy and an air force along with a flag, a national anthem, a Parliament, a judiciary and embassies abroad.

The more vocal and fanatical nation builders such as Angela Merkel, Emmanuel Macron and Guy Verhofstadt have openly called for an independent European Army but this has always been strenuously denied by the British political elite and even dismissed as a ‘dangerous fantasy’ by the former Deputy Prime Minister, Nick Clegg.

Incidentally, Merkel, Macron and Verhofstadt justify their call for an independent European Defence Force because of the need to defend the European Union from its enemies such as Russia, China and the United States.

That would be the same United States that has guaranteed the security of Europe since WWII as the biggest contributor to NATO, but I digress.

Unbeknown to the British public, the political elite have been involved in the planning of a European Defence Force since its inception with the intention of fully integrating the British military into its structure. This would require surrendering command and control to a Eurocrat who may hold historical grudges against the British people especially now since they voted to leave their failing nation building project.

This brings us to the treachery of the former Prime Minister, Theresa May. Known rightly as Theresa the Appeaser, Mrs. May had been planning behind closed doors to integrate the British armed forces into the fledgling European Defence Force (EDF) since taking office.

Those experts with an eye for detail have determined that Mrs. May’s Withdrawal Agreement and Political Declaration, the infamous surrender document, that supposedly delivered Brexit, not only made Great Britain subservient to the European Union in perpetuity, it also committed the British armed forces to fully integrate with the EDF.

As a measure of Mrs. May's dedication to the European nation building project, she planned to integrate the British armed forces into the EDF and surrender command and control after Great Britain had left the European Union.

This proves that she never intended to honour the result of the peoples’ referendum or she planned to rejoin the EU sometime in the future after the Brexit issue had cooled down.

In more than three years of debate, Parliament has not discussed any of the items mentioned earlier especially not the surrender of Great Britain’s armed forces to the Eurocrats. It took Lord James of Blackheath from the upper chamber to bring it to the nation's attention for which he was roundly booed by the rest of their Lordships.

Parliament is packed to the rafters with people who are totally committed to the European nation building project and who give their unyielding loyalty to the fledgling United States of Europe. They know that this project will fail if a prosperous Great Britain is allowed to exist outside its clutches.

Their loyalty to the European Union is so fanatical they are determined to hand over what remains of peoples’ sovereignty as well as their armed forces to a cabal of faceless, unaccountable bureaucrats in Brussels who cannot be removed via the ballot box.

They don’t care that their utter contempt for the people they are supposed to be representing is out in the open. Remaining in the EU is everything to them, it is their Caliphate.

To conclude: Treason is a horrendous crime against a nation and its people and can take many forms but even the layman can see that by colluding secretly with a foreign power to hand over the governance of the nation and control of its military is treason most foul.


Two shocking articles that exposes the extent of their treachery:

Posted by Daniel Thomas at 5:15 PM