This is Greta Thunberg. 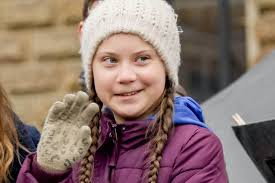 A Swedish schoolgirl who, with no scientific qualifications whatsoever, ordained at eight years old that the world faced extinction in ten years because of man-made global warming.

This is Ed Miliband. 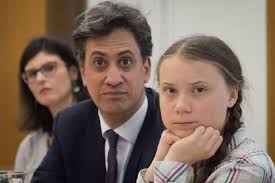 The multi-millionaire Marxist and former leader of the Labour Party. This grown adult with no scientific qualifications drools over every word uttered by the Swedish schoolkid. As Energy and Climate Change Secretary in the last Labour government he was responsible for the Climate Change Act 2008 which is regarded as the most expensive piece of legislation in the history of Parliament.

This is Jeremy Corbyn. 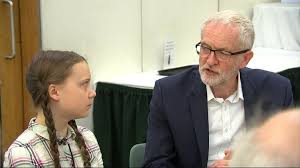 Another multi-millionaire Marxist, Jeremy is the current leader of the Labour Party and possible Prime Minister should Boris Johnson fall. He also hangs on every word that the Blessed Greta speaks and without any scientific qualifications he wants Great Britain to declare a climate emergency to save us all from extinction.

This is Shamima Begum. 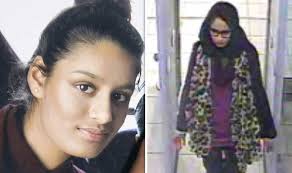 A British schoolgirl and alumni of the Bethnal Green Academy. At around the same age as Greta Thunberg she ordained that there will be a global caliphate and eventually the whole world will be governed by shariah law. To that end she left her homeland to join the Islamic State of Iraq and Syria (ISIS) to help prove herself right.

This is Jeremy Corbyn (Again) 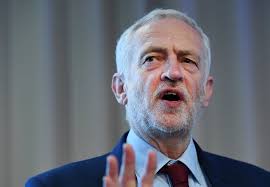 In a complete about turn around from Greta Thunberg, Jeremy has decided that Shamima was just a schoolgirl who was much too young to understand the issues involved. Despite being an AK-47 wielding leader of a shariah enforcement unit in Syria and possible war criminal, Jeremy believes she should be allowed to come ‘home’ to the country she hates and vows to destroy. According to Jeremy she is not really a gun wielding terrorist she's just a very naughty girl.

This is Theresa May. 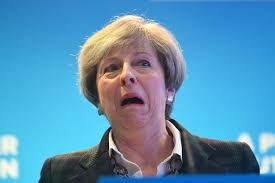 Known as Theresa the Appeaser, she is the Europhile former Prime Minister of Great Britain who was ousted for lying, cheating and depriving the electorate of their birthright to be an independent, sovereign nation. As a final show of contempt for the British people she has committed trillions of pounds of taxpayer’s money to reduce Carbon emissions to zero and make the country Carbon free by 2050. With no scientific qualifications it is obvious that Mrs. May doesn’t know the difference between Carbon and Carbon Dioxide.

This is Prince Harry and the Grand Duchess Meghan of Markle. 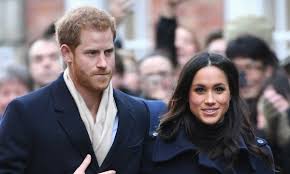 Since his marriage to his Hollywood starlet, Harry has cast in his lot with the Tinseltown set and adopted their world view of all things trendy. These trendy causes include saving the planet from climate change by ordering governments to curb everyone’s carbon footprint except his own.

This is Albert ‘Al’ Gore. 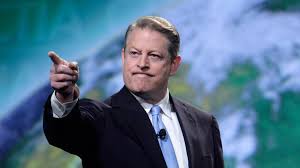 Al Gore is the High Priest of the man-made global warming cult. Despite having no scientific background this former Vice President and failed Presidential candidate made a series of apocalyptic predictions of doom due to man-made global warming none of which has come true. It's an inconvenient truth that Polar bears and the Arctic ice cap are still there as are the Himalayan glaciers and the snows of Kilimanjaro. Al spends his time travelling the world by private jet and limousine telling lesser mortals to curb their carbon footprints by returning to the stone age. So lucrative is his crusade, Al is reputed to be the first carbon billionaire.

This is Rajendra Pachaury. 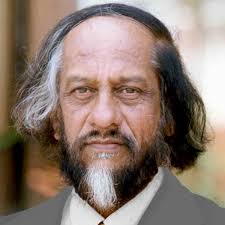 An engineer with the Indian railways with no scientific background, Pachaury was the chairman of the United Nations Intergovernmental Panel on Climate Change (IPCC). Another jet setter, this snake oil salesman shared a Nobel Prize with Al Gore for their efforts promoting the climate change scam and the precautions that need to be taken. Pachaury was forced to resign after allegations of corruption and alleged sexual abuse of women.

This is Extinction Rebellion. 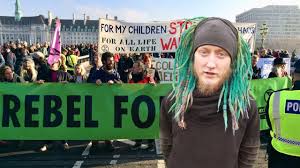 This organization is comprised of schoolkids playing truant, egged on by the immature offspring of rich parents who spoiled their brats from an early age. They are joined by members of the unwashed, unemployable loony left who are no use to man nor beast. They claim we will be going the way of dinosaurs in ten years if we don’t hand over control of everything to the political class who only have our best interests at heart. (Yea right). We should be eternally grateful that these fearless warriors superglue themselves to office walls and stop traffic to save the human race from itself.

This is Rex Fleming. 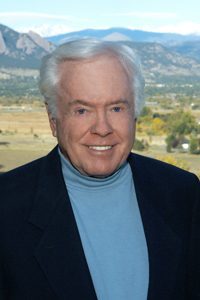 If ever there was expert on atmospheric science and climate it's this gentleman. His impressive Curriculum Vitae is longer and more complex than the issue itself. Read it here and be seriously impressed.

Rex Fleming worked for the National Oceanic and Atmospheric Administration (NOAA). He was also a member of the UN IPCC with Mr. Pachaury. Because he questioned the conclusions and actions of the IPCC and the whole issue of man-made global warming, he is insulted and smeared as a ‘denier’ by the self-appointed 'experts' mentioned above and their fellow members of the climate change cult. He is being ostracized by the grant chasing scientists of the global warming industry while attempts are being made to prevent him publishing scientific papers and data that disproves the man-made global warming claims of the charlatans.

The world should demand to see a televised public debate between Rex Fleming and all of the above on climate change science. Unfortunately Shamima Begun will be unable to attend as she is in jail awaiting trial somewhere in Syria.

To conclude: Carbon Dioxide is not an atmospheric pollutant, it is a trace gas essential to life on earth. It is plant food without which humans really would become extinct.

For the British contingent. Carbon Dioxide is 0.05% of the atmosphere. Of that tiny percentage 97% is natural leaving only 3% attributable to human activity. Of that 3% only 1.1% is produced by Great Britain. If emissions were reduced to zero tomorrow or by 2050 the effect on the climate will be zero. The declaration of a climate emergency by the British political class is not only virtue signaling of the very highest order but an unprecedented power grab from the people to the politicians who hold them in contempt.