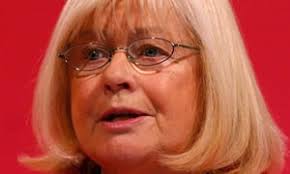 The legend of Aberdare snakes persist to this day. The lines of torches seen snaking over the mountain at night as blackleg Aberdare miners replaced the striking miners of Merthyr Tydfil.

Legend perhaps but history should be put to one side if Aberdare and the Cynon valley is to be rescued from its current politician induced state of stagnation and deliberately engineered welfare dependency.

The electors of Aberdare together with Mountain Ash, Abercynon and the other villages that make up the Cynon valley constituency have fallen for the spin and sophistry of their Labour masters time and again.

Despite her record of abysmal failure they keep re-electing Ann Clwyd as their representative in Parliament as if they are in a trance or perhaps its through some misguided sense of loyalty.

Ann Clwyd ticks all the boxes for the remote champagne quaffing Labour elite that determines who gets to be an MP and what agenda they want her to follow.

A tertiary glance at her biography tells all. An elite education which she fights to deny her constituents; that's the hypocrite box ticked.

The Trade Union/BBC/Guardian/Observer revolving door into the Labour Party and she's ready for Parliament.

Rejected by the astute people of Denbigh and Gloucester Ann Cwyd is fixed up for the taxpayer funded gravy train and gets elected as an Member of the European Parliament.

Unfortunately this toothless talking shop is not the platform she wants so once she's qualified for her Euro pension she's out of there as fast as the Eurostar can carry her.

The electors of Cynon Valley obliged where the sensible electors Denbigh and Gloucester refused and returned her as their MP.

With her pockets stuffed with taxpayer cash from European gravy train she is now free to follow her own agenda and the fate of the Cynon Valley people is sealed for generations.

Ann Clwyd gets involved with Overseas Development while Cynon Valley decays into deprivation. She campaigns for Human Rights, Female Genital Mutilation - it must be rife in Ynysybwl - and Nuclear Disarmament.

Ann Clwyd lists Human Rights, International Development and Animal Welfare as her special interests. She can forget the children in the deprived areas in her constituency, their votes are in the bag when their time comes for them to vote, so lets concentrate on that little doggy in the window.

She list her countries of Interest as Cambodia, Iran, Iraq, Russia, East Timor, Turkey and Vietnam.

East Timor for goodness sake! Where are the underdeveloped parts of Wales on her list?

True to form for a modern unprincipled Labour Party socialist Ann Clwyd likes money, lots of it, other peoples off course. It can be noted that wealth creation of any shape or form is missing from her Curriculum Vitae.

I would advise her constituents, especially those from her deprived areas, to take a look at her expenses. Its no wonder she whinged and whined about them being made public.

Adding insult to injury she charged her constituents for the items that, if they could be afforded, would help them improve their lives namely, home buying fees, mortgage and council tax. She even charged them for her TV licence fee.

Total it up, she rents out an apartment in North Wales, she has a pension from the European Parliament with tax concessions, her parliamentary salary and expenses, she qualifies for a copper bottomed pension when she retires. This is one rich lady and apart from her rental income, it is all paid for by the hard pressed taxpayers of the Cynon Valley. There may be other income from other sources but I gave up looking.

I believe the legend of the Aberdare Snakes will end when the last one is gone. Ann Clwyd is the last snake. People of Cynon Valley put right what you have done wrong, deselect this charlatan who has blighted the lives of yourselves and your children and condemned future generations to poverty and dependency.

Posted by Daniel Thomas at 2:56 PM