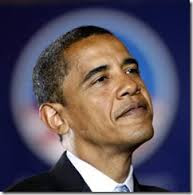 It seems like only yesterday that candidate Barack Obama was being anointed as the new Messiah, a new era of politician who was going to 'fundamentally transform' the most powerful and prosperous nation on earth........into what he didn't say.

In a promise worthy of the Saviour Himself this photogenic so-called African-American, flanked by fake Greek columns, was going to 'stop the oceans from rising and heal the planet'.

So powerful was the Obama media created brand that world leaders would embarrass themselves with an undignified scrum whenever the chance for a photo opportunity came their way.

Great Britain's former Prime Minister, Gordon Brown, was so desperate for a photo-op that he disgraced himself, his office and the British people by chasing Obama through a hotel kitchen having been turned down for a meeting five times.

(Cynics argue that Obama was right to avoid Brown as the latter's reputation for imbecility went before him like a storm front. A photo-opportunity with Brown at this particular moment in time was to be avoided at all costs to prevent him tarnishing Obama's expensively created image)

The ultimate accolade came when after only nine months in office, a now sanctified President Obama was awarded the Nobel Peace prize for his "extraordinary efforts to strengthen international diplomacy and cooperation between people"; this was despite the fact that he was engaged in two wars at the time.

Many people had warned during his initial campaign for the Presidency that Barack Obama was a dangerous creation of the global 'progressive' elite who were determined, in the name of equality of nations and of people, to downgrade the United States of America, erase its Judeo-Christian heritage and consign American exceptionalism to the dustbin of history.

Some six years later every American patriots' worst nightmare has come true; the United States has indeed suffered a severe downgrade both socially and economically and its reputation abroad is tainted almost beyond repair.

During his tenure as Commander-in-Chief, the once mighty military machine has been so socially engineered by sexuality and gender obsessed politicians it is no longer feared or respected. Among some of America's more religiously motivated enemies, the move to allow gay, lesbian and transgendered people to serve openly is the last straw that has reduced the military to nothing more than a laughing stock.

A heavy dose of reality does have a sobering effect on the mind in addition to removing the rose tinted spectacles from those that put them on because they deliberately did not wish to see the truth.

Looking back some six years it would have been inconceivable that this man who was halfway to Divinity is now being bitch slapped everywhere from Iran to Kenya; not just by the big beasts of Iran and Russia but by every tin pot dictator from Assad in Syria, to Uhuru Kenyatta in his supposed spiritual home of Kenya.

In six short years the slobbering sycophants who were hoping for some of Obama's starlight to rub off on them have replaced their undignified scramble for a photo op with a polite 'say cheese and lets get the hell outta here' attitude.

During the recent mid-term elections, even his own Democratic party members made their excuses and hid in the trees rather than have their reputations tarnished by a photo op with their own President.

This disregard for Barack Obama, along with the associated disrespect for the office he holds, has made the world a more dangerous place.

The tyrants in Beijing are expanding their influence in the South China Sea and attacking America's cyberspace interests with impunity.

President Putin has humiliated President Obama on the world stage by ignoring his threats and expanding, without fear of retribution, his Russian Empire into Crimea and Ukraine. He is currently working on returning the Baltic States into the Russian sphere of influence and who would bet against him succeeding.

President Assad of Syria crossed Obama's so called 'red line' over the use of chemical weapons without fear of the threatened retribution. This has emboldened every other dictator and terrorist in the region and beyond to also pursue their goals without fear.

Embarrassingly for the American people, their President still believes in his own Divinity and that the whole world still hangs on every word he utters.

President Kenyatta rightly bitch slapped him when he proceeded to lecture him on gay rights in Kenya; this episode also serves as a clear indication that although he touts himself as an African-American, with Kenyan ancestry, he doesn't have the faintest idea about African attitudes to homosexuality.

Likewise when he lectured the British people about their remaining in the hated EU; he was told in no uncertain terms to mind his own business by a series of prominent politicians, including the leaders of the ever growing United Kingdom Independence Party (Ukip), which is campaigning to leave.

If, as British Prime Minister Harold Wilson is once quoted as saying, 'a week is a long time in politics' then six years is a lifetime and it shows in the demeanor and delusions of the once infallible, Messianic President of the United States. 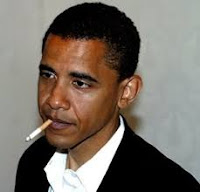 In conclusion, like President Jimmy Carter before him, no matter what he thinks his legacy will be, it won't turn out that way. With the Ayatollahs openly humiliating him over their victory in the nuclear talks, they join Russia, China, ISIS and every other Obama emboldened enemy laughing as they belittle the person that was, until recently, the most powerful man on the planet.