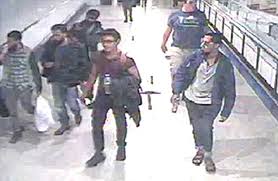 In the not too distant past before the political class sold their souls to globalism, a nation at war would kill its enemies without mercy until they were defeated and their threat to the people permanently eradicated.

News that British documented jihadists who have wreaked unparalleled savagery on innocents in the middle east are being welcomed back into Great Britain and rewarded with taxpayer funded housing and other welfare benefits sends a clear signal that the safety and security of the British people comes a distant second to appeasement of the Muslim Ummah. (See here)

What is also clear is that the political class, led by Prime Minister, Theresa May, will lie through their teeth to deceive the people into thinking that their interests are paramount. Just a cursory glance at the words and actions of Theresa May and her government makes their true intentions perfectly clear.

It needs to be reiterated loud and clear once again, the political class are totally committed to the cultural replacement and one world agenda and nothing will get in their way or steer them away from the course they have set; not even the rape, mutilation and mass murder of the innocent citizens they have sworn to protect.

It was only 5 months ago on June 5th after the London Bridge Muslim terrorist attack, the fourth in a year, which left 8 dead and 48 injured, that Theresa May, the queen of the PR manufactured soundbite, put on her best headmistress voice and declared that “enough is enough”. 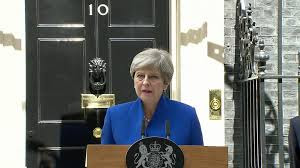 If anyone thought that this would signal an end to her appeasement of Islam and her intention to take positive action to stop the slaughter then they couldn’t have been more wrong.

Politicians like Theresa May know the news cycle will move on and with the connivance of a compliant media they rarely get challenged on these false promises. As a consequence they know they can lie to the people with impunity and get away it time and time again.

Since Theresa May declared that ‘enough was enough’ a Muslim terrorist set off an explosion on a London subway train injuring 22 innocent people many sustaining severe burns.

Since the “enough is enough” speech Prime Minister May’s government has allowed some four hundred blood-soaked, battle hardened jihadists to return from the killing fields of the middle east, Africa and central Asia to plot the murder and maiming of innocent British citizens as they go about their daily lives. (See here)

In addition to this insanity, “enough is enough” doesn’t include her promise to stop radical imams from preaching their hate in British mosques and madrassas; and if that isn’t bad enough it also doesn’t include stopping deluded students from inviting over one hundred radical imams to preach their anti-western hate at British universities. (See here)

One would have thought that after such an emotional and determined promise to a grieving nation, Prime Minister May would actually do something tangible to stop the madness and put an end to the jihad in Great Britain but that would be asking too much from a dedicated globalist who is committed to the one borderless, multi-cultural world agenda.

According to the intelligence services MI5 and MI6 there are some twenty-three thousand jihadists living openly in Great Britain, there are three-thousand would-be terrorists being investigated as subjects of interest and there are five-hundred active terror plots currently being investigated.

The four hundred or so jihadists allowed to return to Great Britain is the highest number of any other European country; only Turkey, Tunisia and Saudi Arabia have surpassed that figure. (See here)

This latest outrage of giving returning jihadists taxpayer funded housing and other welfare benefits in the forlorn hope that they won’t blow us up, shoot, stab, or break our bodies with a motor vehicle surpasses any previous act of imbecility by a politician.

These Muslim jihadists are worse than any animal on the planet; they are sub-humans who have committed unspeakable atrocities on innocent men, women, children and babies.

They are indoctrinated with killing in the name of Islam from birth and not capable of rehabilitation and subsequent re-integration into British society.

These savages and their desert death cult are incompatible with western civilization and should never have been allowed to into Great Britain in such large numbers in the first place.


This is especially true since ISIS and other jihadist groups have openly declared their intention to cause murder and mayhem in Great Britain and the west with the aim of setting up a global caliphate.

When Prime Minister Theresa May declared that “enough is enough” she meant as it applies to the British people, to that end she has commanded the politicized boys in blue, the once respected British Bobbies to divert their precious resources away from marching in Gay Pride parades to hunting down politically incorrect postings on the Internet.

Three thousand three hundred and ninety-five people (yes that’s 3,395) have been arrested for being politically incorrect online. This zero tolerance to so-called hate speech does not include threats to murder, maim or behead infidels by British documented adherents of the religion of peace. (See here)

Enough truly is enough for retired US Colonel, Ralph Peters, who offers the only viable solution to the declaration of war on the west by ISIS and other jihadist groups; kill them all and when we’ve killed the last one kill his pet goat.

To conclude, since the sell-out to the EU bureaucrats after her now infamous “Brexit means Brexit” soundbite, the British people will be well advised to take anything Prime Minister May says with a Siberian salt mine because as sure as night follows day she doesn’t mean a word of it.

They will be like sacrificial lambs offered up for slaughter the next time followers of the religion of peace deal out death and destruction in the name of Allah and their perverted death cult.


London Bloodshed - Move Along Its Just Another Muslim Atrocity

Theresa May Absolves Islam from the Death And Mayhem In London

Posted by Daniel Thomas at 9:00 AM