United Nations – Are Brexit Voting Brits More Racist Than Ever? 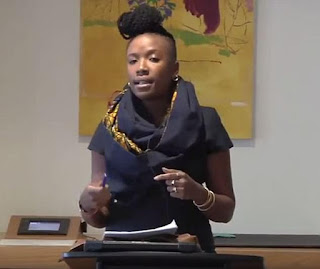 Why civilized nations continue to give credibility, along with billions of taxpayer dollars, to an organization that is flawed beyond repair and openly hostile to civilized nations defies logic. The United Nations has been taken over by an organized collection of third world dictators, communists, anti-Semites and anti-development globalists who harbor a hatred for the United States, Great Britain and Israel.

The latest imbecility emanating from this epicenter of globalist world government is to send a special envoy to Great Britain to report on racism, discrimination and exclusion since the British people voted to regain their independence and sovereignty from the corrupt European Union (EU).

Zambian-born, Zimbabwe raised American academic, Tendayi Achiume, the UN special rapporteur on contemporary forms of racism, racial discrimination, xenophobia and related intolerance follows on the heels of other bureaucrats sent to Great Britain to denigrate and insult its people.

UN advisor for Forced Evictions, Professor Yves Cabannes, claimed that a local authority in Essex, England had abused the human rights of four hundred travelers who were being evicted after illegally occupying private land.

Two years after this malicious political agitation, the UN sent a creature named Raquel Rolnick, their Housing rapporteur to lecture the British people on behalf of housing victims. The obviously demented Ms. Rolnick is a Brazilian academic and devotee of Karl Marx who went on to criticize the British housing benefits system while staying in a $420 a night hotel.

Ms. Rolnik was followed by South African feminist Rashida Mandoo, the UN special rapporteur on violence against women who, despite having a female Prime Minister and Head of State, concluded that Great Britain was a ‘boys club with a sexist culture'.

The campaign of insult and degradation continued with the recent arrival of yet another special rapporteur, Canadian Leilani Farha who claimed that Great Britain has a ‘troubling attitude’ to social housing.

What these UN special advisers and rapporteurs deliberately ignore is that Great Britain is a small island that has increased its population by eight million in the last twenty-five years, over two million in the last five years alone. Due to the governments' refusal to implement proper in/out checks at ports of entry and exit, these figures do not include one or possibly two million that have entered illegally and live below the radar.

These numbers are far more than can possibly be housed, educated and provided for by government and local social services.

More critical is that millions of these new arrivals are from the undeveloped world that have cultures and practices that are totally alien and who cannot or will not integrate or accept the traditions of the host nation.

By ignorance or design these UN special advisers and rapporteurs do not acknowledge that millions of these new colonist’s demand and agitate for the host people to alter their ancient traditions and way of life to accommodate them and their traditions.

Such is their determination to impose their agenda the government is resorting to tyranny by denying the British people their ancient right of free speech and by closing down any form protest or redress. The fact is that the government is stuffed full of compliant placemen and UN apparatchiks that believe in the UN’s globalist project and are determined to implement it no matter what the cost.

It is this forced transformation along with government resorting to despotism to impose it that is causing inter-communal friction, not racism, xenophobia, Islamophobia or any other label made up by UN bureaucrats and globalists to smear and denigrate the British people and those who disagree with their agenda.

In conclusion, it’s worth reminding the UN bureaucrats that despite the gloomy scenario they want to paint along with the insults and denigration aimed at the British people, the Westminster Parliament is the most diverse in history with an increase in representation of ethnic minorities, women, gays and those with disabilities.

There is a female Head of State, Prime Minister, and Leader of the House, there is a Muslim Home Secretary, a Muslim Mayor of London, etc. White British are a minority in four of Great Britain’s major towns and cities including London, the capital.

In the meantime, ignored by the UN special advisers and rapporteurs, in Southern Africa racism and xenophobic violence perpetrated by black people is running rampant. (See here)

UN sends envoy to Britain to probe whether Brexit made the country more racist.

Achiume Named to UN post on racism and intolerance (Biography)