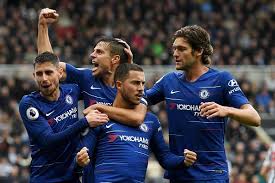 If I thought I could escape the commie propaganda machine by watching a game of Premier League football I was very much mistaken. The advertising hoardings surrounding the pitch at the Stamford Bridge ground continually flashed the message ‘Support Chelsea, Support Equality’ which detracted from the spectacle on the field of play.

Equality is one of the words beloved by socialists and their fellow travelers which they use to justify confiscating other peoples’ money. A person having more money or material possessions than his neighbor is perceived to be a crime against society regardless of how much sweat and blood were expended in their acquisition.

The political activists that have infiltrated all aspects of life, including sport, couldn’t resist the opportunity to push their politically correct agenda onto a captive audience of forty-one thousand football enthusiasts.

Although the 'Support Equality' campaign was primarily to promote homosexuality, according to research most sporting crowds in this day and age couldn’t care less about who a person sleeps with, but they do associate the word equality with income and wealth.

These cultural Marxists are either too dumb or too wrapped up in their ideology to see the irony and hypocrisy of preaching equality to a majority working class audience at a football club owned by a Russian multi-billionaire and where the players on display are multi-millionaires themselves. 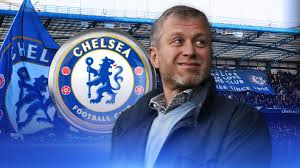 To highlight the scale of the income inequality involved it would take a person in the crowd earning the minimum wage over twelve years to earn what the star players earn in a single week and that wage does not include players bonuses or endorsements from advertisers.

It’s the same in the entertainment industry where multi-millionaire actors and actresses preach about income inequality to audiences which contain poorly remunerated people who just want to watch a movie.

As a measure of their delusion, socialist politicians and their army of social justice warriors seriously believe that inequality is a crime against humanity and should be treated as such. The de facto world government at the United Nations is of a similar mindset and is working to redistribute wealth on a global scale.

For the much-abused people of Great Britain their government is using the Equality Act to address what they describe as the destructive cancer of socio-economic inequality and also to paint income inequality has a human rights abuse. (See here)

Described by its opponents as ‘socialism in one Bill’ the Equality Act was passed into law by the socialist Labour Government in 2010 as part of their project to engineer an egalitarian society.

In fairness the Equality Act does contain some effective and well intentioned clauses but it is riddled with loopholes deliberately included to allow the status quo with respect to the wealthy and powerful. In this case the law is an ass because the rich and powerful in 2010 are still rich and powerful today.

I personally have nothing against millionaires and billionaires and to that end I buy a lottery ticket every week in a forlorn attempt to join their ranks but to the ruling elite equality and egalitarianism is not for them but for the lower orders, the great unwashed, the plebs and proletariat.

The biggest fear of the ruling elite is that these lower orders should ever become prosperous and no longer have any use for them. Hence their ongoing mission to keep up the supply of bread and circuses and the plantations open and occupied by as many 'victims' of inequality as possible.