Comical Communist Parliaments – We Are Not Laughing Now 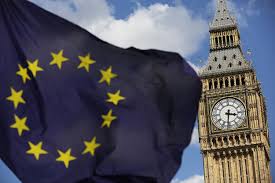 In the recent past, elected parliaments in countries such as the USSR, East Germany and China were the subject of derision and scorn by people living secure and free in their multi-party democracies such as the British and other European nationals.

It was indeed a laughing matter when the only party on the ballot paper would claim a mandate with 90%+ of the votes when all political power resided with a Central Committee of the Communist Party as was the case in the former Soviet Union.

Kremlin watchers didn’t look at opinion polls during the Supreme Soviet elections to predict who would wield power, but to which member of the Politburo was standing next to the President atop Lenin’s tomb during the annual military parade though Red Square.

Beloved of western socialists was the laughable Parliament of East Germany, the Volkskammer. It used multi-party elections to give the impression of a true peoples Parliament. However, all the parties and candidates were elected from a list approved by the ruling Socialist Unity Party of Germany (SED).

The only function of this elected people’s parliament was to give legal sanction to decisions already made by the SED and its Politburo.

It is equally laughable in China where their Parliament, the National People’s Congress (NPC), is appointed by other People’s Congresses lower down the hierarchal order who are themselves appointed. Like East Germany the NPC is a rubber stamp for decisions already made by the Communist Party. 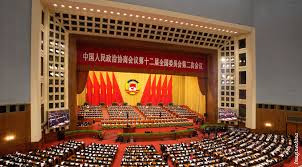 Examples abound of elected Parliaments in communist countries being controlled by an external power intent upon imposing its own agenda regardless of what the people want.

Looking at current events the people of Great Britain and Europe are not laughing now at the unfortunate citizens of communist regimes. In a matter of decades political power has been usurped and their elected parliaments have been rendered powerless to oppose a destructive agenda that is being imposed on them by an exterior political entity.

The twenty-eight Parliaments and legislatures of the nations that make up the European Union have been usurped by Europhiles who have surrendered the people’s sovereignty to the unelected bureaucrats in Brussels.

Like the legislatures of China, East Germany and the former USSR now serve only to give local legal sanction to decisions handed down to them by the European Commission.

The European Parliament itself is a sham with no power to initiate or amend legislation. That power rests solely with the unelected Commission led by a President who was the only name on the ballot paper of a secret vote by Euro MP’s.

In Great Britain the House of Commons gives the appearance of being the elected chamber of a sovereign Parliament deriving its just powers from the consent of people, but the Parliamentarians have been surreptitiously surrendering these powers to the European Union Commission without the consent of the people.

Candidates for election to this neutered parliament come from lists approved by the various party machines not by primary elections. This ensures that the member, if elected, does not stray from the party line.

The upper chamber of the British Parliament is an affront to democracy equal to, if not worse, than any legislature from the communist world.

The House of Lords is stuffed to the rafters with eight-hundred or so lobbyists, party cronies and like-minded political hacks who have been appointed for life by the party machines. The inhabitants of this den of iniquity include crooks, jail birds, expense cheats, drunks and serial sexual predators including pedophiles, none of whom can be removed by a popular vote.

More importantly most of these shameless charlatans are Europhiles who are intent on surrendering what remains of the people’s sovereignty to the EU Commission. 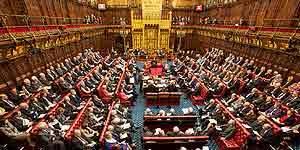 To add insult to injury, and in display of complete and utter contempt for the people, this parliament is currently in the process of reversing the result of the Brexit referendum which they solemnly swore to implement.

After four decades of lies and deceit, and believing they could rig it to win in order to reverse the tide of Euroscepticism, Parliament decided to give the people a referendum on continued membership of the EU.

Parliament overwhelmingly passed a law authorizing the once in a lifetime, winner-take-all, binding referendum in June 2016.

In the biggest democratic exercise in British electoral history the people voted to leave what they rightly believed to be a corrupt and increasingly authoritarian EU.

In the following General Election of 2017 both major parties included in their manifestos a solemn promise to faithfully implement the result of the referendum. Over eighty percent of the electorate voted for these parties.

This meant that the government and Parliament as a whole had two of the biggest mandates in history and both of those was to leave the EU.

Subsequently, Parliament passed a law authorizing the government to start the two-year leaving process by triggering Article 50 of the Lisbon Treaty. That meant that March 29th 2019 would be the date that Great Britain would officially leave the EU.

Since triggering Article 50 both chambers of that same Parliament along with all its institutions, including the civil service and the judiciary, have been working assiduously to overturn the referendum result and keep Great Britain locked inside the EU.

Parliamentarians and the ruling elite believe that the people are not qualified to decide their future or how they are governed, they believe that this is their preserve and theirs alone.

In their infinite wisdom they have decided that the people’s interests are best served by surrendering the governance of their country to a cabal of unelected foreign bureaucrats in a foreign land.

With their now neutered Parliament reduced to a rubber stamp for decisions already made by this cabal of unelected, agenda driven, foreign bureaucrats the British people are learning the hard way what the people of East Germany and the other European Soviet puppet states endured, and they are not laughing any more.