European Leaders Give Theresa May The Bums Rush 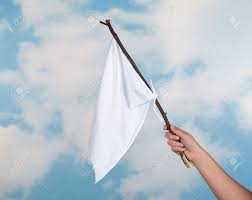 Anyone watching the Parliamentary debate on the Brexit betrayal will have seen in all their ignominious glory what an inarticulate bunch of self-promoting charlatans these politicians are. This was supposed to be democracy in action, the Mother of Parliaments that the rest of free world should aspire to emulate.

This was not a debate by any stretch of the imagination. What we saw was speaker after speaker charlatan after charlatan making the same demands of a discredited Prime Minister who answered each question by rote. What also became clear was that most of these charlatans were unashamedly breaking the solemn promises they made in their party manifestos on which they were elected in 2017.

These promises were unequivocal therefore they cannot be misread or misinterpreted. If elected they will honour the result of the Brexit referendum of June 2016 and take Great Britain out of the European Union. Also implicit in this promise was that there would be no second referendum to overturn the result of the first.

After cancelling the debate on her surrender document and its subsequent vote, and in addition to being found guilty of contempt of Parliament, Prime Minister Theresa May continues with the deceit that she is going to renegotiate the Withdrawal Agreement.

Prime Minister May’s refusal to listen to anyone outside her circle of loyal civil servants is legendary. She refuses to acknowledge even the truth when it comes straight from the pages of history.

Through bitter experience every man and his dog are now aware that the EU is a political project with a goal therefore the EU ruling elite does not negotiate to the detriment of this goal or respect the results of referenda that put it in jeopardy, not now, not ever.

With that in mind, and as a responsible British citizen, I feel it my duty to assist the Prime Minister and the rest of the democracy deniers in the Mother of Parliaments of what the ruling elite and fellow democracy deniers from the European Union are saying today and in the past:

EU rules out reworking Brexit deal prepares for no deal.

EU leaders tell May there will be no Brexit renegotiation.

From the past here are some beauties from the old soak himself, Jean-Claude Junker, who when he’s sober masquerades as the President of the European Commission. Please bear in mind that this Commission is unelected and has the sole right to initiate legislation.

“We decide on something, leave it lying around and wait and see what happens. If no one kicks up a fuss, because most people don't understand what has been decided, we continue step by step until there is no turning back”.


"Britain is different. Of course there will be transfers of sovereignty. But would I be intelligent to draw the attention of public opinion to this fact?" "There is a single legal personality for the EU, the primacy of European law, a new architecture for foreign and security policy, there is an enormous extension in the fields of the EU's powers, there is Charter of Fundamental Rights”.

“Monetary policy is a serious issue. We should discuss this in secret, in the Eurogroup [...] I'm ready to be insulted as being insufficiently democratic, but I want to be serious [...] I am for secret, dark debates”.

“There can be no democratic choice against the European treaties, one cannot exit the euro without leaving the EU”.

“Borders are the worst invention ever made by politicians”.

At time of writing there is a challenge to Mrs. Mays leadership, should she survive then democracy in Great Britain will become a distant memory.