A Parliament That Is Rotten to The Core 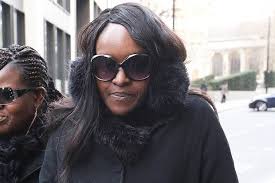 Just when you thought the Mother of Parliaments in Westminster cannot possibly sink any lower into the fetid swamp along comes a convicted lying crook to drag it down to previously unplumbed depths.

It’s bad enough that the recently released Member of Parliament for Peterborough, Fiona Onasanya, was in the people’s legislature wearing a police monitor on her ankle, she was voting to overturn the Brexit referendum result and keep the British people locked inside the corrupt and failing European Union they obviously despise.

In the real world outside of the incestuous political bubble someone in a position of honor and responsibility who has been convicted of perverting the course of justice by lying to the police would have resigned in disgrace but the days of honor and integrity in politics is long gone.

Despite being a solicitor with the authority to swear oaths and legislate for others she has chosen to brazen it out and remain a Member of Parliament even after losing the Labour Party whip.

What compounds her dishonesty and treachery is the fact that her constituents voted overwhelmingly to leave the EU during the Brexit referendum but like her fellow swamp dwellers she regards the people as too stupid to decide on the future governance of their country.

During the extensive debates in Parliament no one raised a point of order condemning the presence of a recently released convicted criminal under a police monitor in the Chamber. Even the Speaker remained silent despite the fact he is responsible for maintaining the integrity and reputation of the House.

Cynics would argue that since two previous convicted criminals, Messrs. Huhne and McShane, resigned in disgrace Ms. Onasanya, being black, female and a leftie ticks all the diversity and inclusion boxes therefore she will be spared.

The truth is though she may be spared by her equally despised colleagues in the Westminster swamp she won’t be spared by the people in her constituency should she pluck up the courage to resign and stand for re-election.

The Brexit debates have exposed to the public what a fetid cesspit of lies, hypocrisy and outright treachery their Parliament has become and the sooner it is cleared out the sooner honesty and integrity in public life will return.

Fiona Onasanya to try to stay on as MP despite jail sentence.