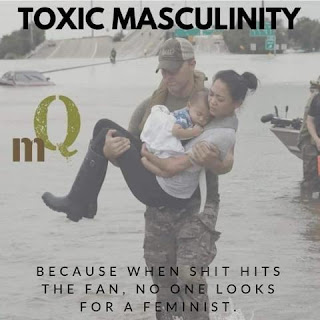 Its that time of year again where we should be celebrating the progress made by western women and their achievements in what used to be a male dominated world. Instead the day has been commandeered by radical feminists who use the day to indulge in their men bashing agenda.

Like all politicized groups they are selective in who they do and do not bash. Its open season on white, heterosexual men but the real misogynists from the Muslim world are studiously ignored.

I realize that that statement will attract screams of Islamophobia and leave me open to prosecution for ‘hate speech’ but it is the truth and I will not retract.

Instead of writing a new article as I do each year on this auspicious occasion I will re-issue last year’s article and ask what has changed and what progress has been made to liberating the tens of millions of abused women from the Muslim world?

I don't know where the fantastic poster came but I hope the creator doesn't mind me using it.

Posted by Daniel Thomas at 8:43 AM