Bloodshed - The Price Politicians Will Pay to Impose Multi-Culturalism 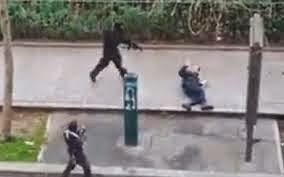 The atrocity in Paris carried out by radical Muslims in the name of Allah the Merciful as commanded by their prophet Mohammad (Peace Be Upon Him?) and as written in their holy book the Koran, will be forgotten as soon as the news cycle moves on.

This has been the case with previous atrocities such as the London Transport and Madrid train bombings, the murder of Drummer Lee Rigby on a London street, the Nairobi shopping mall massacre etc. Even the murders last month in the Lindt Chocolate Cafe in Sydney Australia, which caused outrage and condemnation at the time, is disappearing into the fog of yesterday's news.

Just like night follows day the politicians have been falling over themselves to deliver the standard statements prepared by their spin doctors and media managers expressing their outrage, their sympathy for the families of the victims, together with the usual promise to leave no stone unturned in order to bring the perpetrators to justice.

On horrific occasions such as this they deliberately refrain from using that other standard soundbite of "lessons have been learned" for the simple reason that the lessons have been there for decades but they choose to ignore them for fear of putting their cultural replacement agenda in jeopardy.

The solution to radical Islam and its murderous actions is further away than ever. Whatever promises the politicians and the government-media axis manufacture in the aftermath of the Paris tragedy, nothing will change.

Past experience has shown us that there will be no serious attempt to effectively deal with radical Islam in Great Britain, they will brazen it out until the news cycle moves on then it will be business as usual.

Anyone following the statements and policies of British Prime Minister David Cameron cannot fail to notice that he is totally committed to the European Union together with its requirement to replace British culture and its way of life with a so called 'multi-cultural society'.

It's the same with German Chancellor Angela Merkel, French President Francois Hollande and the rest of the European Union leadership. They are committed to the post war project to replace the sovereign nation states of Europe with a post democratic United States of Europe; this includes the creation of a generic European citizen.

A generic European citizen is not possible with twenty seven or so individual cultures and ways of life, therefore they must all be erased and replaced by artificially constructed 'multi-cultural societies'.

Why they have chosen Muslims to be the battering ram for the destruction of the individual cultures is open to speculation but it is indisputable that its been spectacularly effective. The demise of Sweden, Belgium and the Netherlands, to name but three, into third world countries dominated by Muslims demanding shariah, is a testament to this fact.

Regardless of their incompatibility, and without consulting the people, the British political class encouraged mass immigration from backward third world Muslim countries knowing full well they would not integrate and adopt the British values or way of life. On the contrary they were actively encouraged not to integrate.

Consequently the country is blighted with thousands of autonomous Muslim ghettos where the Queens writ does not run. Rather, they are ruled by imams and tribal elders under shariah law. These are breeding grounds for the radical jihadis that we see today committing acts of medieval barbarism and depravity across Africa, the Middle East, Europe and the British mainland itself.

The political class were aware that mass immigration alone would not be enough to impose multi-culturalism, therefore it was supplemented by a policy of rigidly policed political correctness and oppressive laws that shutdown debate through intimidation and smear.

To the detriment of the indigenous population, this was further supplemented by selective application of current laws based on ethnicity and cultural requirements.

If one looks back at previous outrages and the lack of effective action by the political class, a clear pattern emerges which proves the point that no action will be taken that would put the imposition of  'multi-culturalism' in jeopardy.

A list of global terrorist outrages can be found here but we only need to highlight a few to prove the point:

The Madrid train bombings in 2004 which killed 191 and wounded 1800. Despite the predictable faux outrage, crocodile tears for the victims and promises to bring the perpetrators to justice, there was no effective action by the British government to prevent a similar outrage being committed in London.

The London Transport bombings in 2005 which killed 53 and injured 700 were carried out by British sons of Pakistani immigrants and a Jamaican convert.

Despite the now familiar spin doctor authored media statement, no action was taken by the British government to prevent further outrages or to prevent the radicalisation of young Muslims. These sub-human savages were born and bred in Great Britain, attended British schools, used the NHS and watched the BBC much like any other British kid.

They were obviously radicalised in a mosque or madrassa within one of the aforementioned ghettos. Anyone who had the safety of the British people as a priority would have a moratorium on immigration from the backward villages of Pakistan and would close down the mosques and madrassas.

The political class does not have the safety of the British people at heart. Imposing multi-culturalism is their number one priority, therefore immigration from Pakistan continues unabated with the construction of mosques and madrassas throughout the land on the increase.

The London Transport bombers in 2005 where, due to incompetence, there were no fatalities or injuries. The bombers were immigrants from Somalia, Ethiopia and Eritrea and in the case of one, he was granted a British passport despite a record of sexual assault and violent crime.

Immigration from Somalia, Ethiopia and Eritrea continues unabated and as far as I know the mosques they attended and the imams that preach hate are still in operation.

Finally the horrific 2013 killing of soldier Lee Rigby was carried out on a London street by two sub-humans of Nigerian descent. These were radicalised in British mosques and madrassas and one at least was a disciple of the notorious hate preacher Anjem 'Andy' Choudary.

Immigration from Nigeria also continues unabated and the guilty mosques and madrassas with their imams and hate preachers remain in business. Choudary is still on the streets peddling his hate, even giving tacit support to the Paris gunmen.

In the meantime Paul Weston was arrested for quoting Sir Winston Churchill in public, while two hundred thousand people were prosecuted for the crime of watching television without a licence. 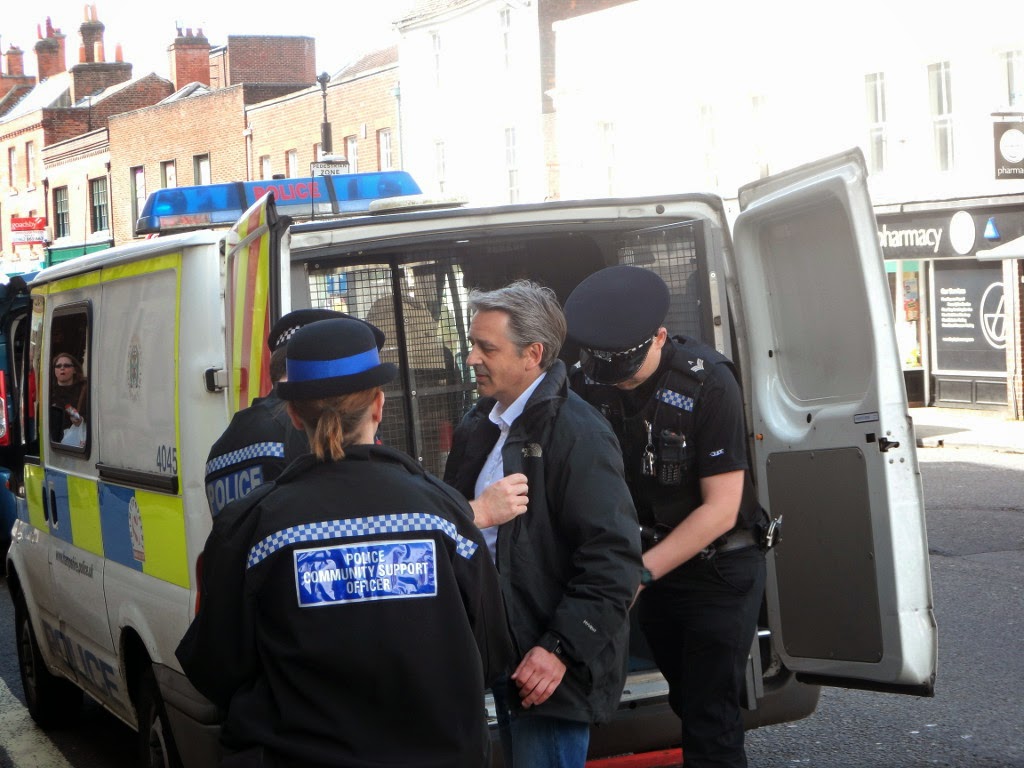 The government has no idea how many British documented jihadis are abroad mutilating and killing innocents as well as honing their terrorist skills in readiness for mayhem and murder on their return 'home'.

It beggars belief that the government is planning to welcome back any jihadi who returns from their beloved Islamic State "with good intentions". It would appear that a diversity course and some kind of community punishment will wipe the slate clean.

The facts are stark and potentially disastrous for the British people. Their government is far more committed to imposing 'multi-culturalism' than protecting them from their most valued client group.
Not only have the politicians been ignoring the warning signs for over a decade, the jihadis have also telegraphed in advance their intention to cause bloodshed in Great Britain to further their aim of extending the caliphate and imposing shariah law.

The British government will pay lip service but they will not take the drastic measures necessary to protect their constituents from Muslim violence. Their dedication to political correctness and imposing an unwanted and unasked for 'multi-cultural society' gives one the impression that they are just as fanatical as the group they go to such lengths to protect.

I would say in conclusion that there is no more a debilitating sight than watching hypocrites like Ban Ki-moon, David Cameron, Angela Merkel, Francois Hollande, the EU bureaucrats and the rest of the sanctimonious purveyors of socialist/progressive, self loathing, multi-culturalism pretending they are part of the Je Suis Charlie movement, when they opposed, intimidated and smeared anyone who raised a voice in dissent of mass immigration, jihad and radical Islam.

Posted by Daniel Thomas at 2:36 PM