Defeat Radical Islam In The Same Manner As Communism? 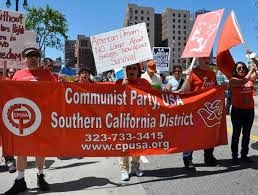 Far be it from me to disagree with a retired General from the US military but in my humble opinion even he can get it wrong.

General Keane, a Fox News military analyst, was giving his view on defeating radical Islam on the Happening Now news programme this morning.

Among other things, his presentation contained a historical comparison with World War ll and the more recent defeat of communism.

a) The massive build up of the US and NATO nuclear capabilities certainly gave the Soviet Union food for thought. It not only put them under immense economic pressure but also drove home the fact that they would lose any confrontation.

b) Looking at the world around us it is abundantly clear that communism is alive and well and far from defeated. In fact it is gaining strength and is as influential today as it was during the height of the Soviet Union.

Like radical Muslims, those dedicated to communism and its false god, Karl Marx, will never ever give up. Therefore they accepted the reality that they could never defeat the free world militarily; they simply changed their clothes and infiltrated their way into the western democracies and subverted them from within. 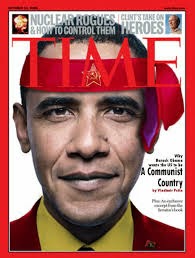 So successful have they been that there is a communist sympathiser in the White House who has surrounded himself with a like minded administration. State and city governments from California to Massachusetts, Detroit to New York are run on communist lines to the detriment of the people.

So acceptable have communists become in mainstream American life they have come out of the closet and out into the open.

The electorate of New York City recently elected Bill de Blasio, an openly communist candidate as their Mayor. Judging by recent events its a decision they are living to regret already.

Since the accession of President Obama to power, the descent of the once mighty USA toward third world status is palpable. Once renown for its individual liberty, free enterprise economic system, prosperity, and constitutionally limited government, the 'shining city on a hill' is fast becoming indistinguishable from the East European autocracies of a few decades ago.

The people of France elected socialist ideologue Francois Hollande as their President and by any measure he has been a complete and utter disaster. The warnings that his socialist tax and spend policies would wreck the French economy, just as it has wrecked every economy since statism began, fell on deaf ears.

The current leader of the Labour Party is a born the bred Marxist Ed Miliband. Another machine politician who led the tributes on the death of 'his great family friend' the notorious anti-British historian Eric Hobsbawm. This committed communist excused Stalin's purges claiming that the millions of dead people were a price worth paying for communism.

The latest polling report on 8th January had Labour Party ahead by three points giving Red Ed a Parliamentary majority of 26. That means that Great Britain would join France in having a self declared communist/socialist Premier.

These examples alone should prove that communism is far from defeated but now mainstream in the former free world. One could not however fail to mention the European Union; this is the precursor to the post democratic federal superstate that uses the former Soviet Union as a template.

In shades of their heroes in the Soviet Union and in line with many of the more authoritarian socialist/communist regimes, the EU recently elected their new President, Jean Claude Junker. The Parliament was allowed to vote but Junker was the only candidate who was laughably elected in a secret ballot.

This hopelessly corrupt institution was dreamt up by politicians and bureaucrats for their own benefit and is the Politburo reincarnated. The ruling clique are appointed which makes them unaccountable and unsackable; they also help themselves to shed loads of taxpayer money without shame. Like their Russian comrades, no bureaucrat leaves the EU without a personal fortune despite the fact most are superannuated socialists/communists from the member countries.

In conclusion, contrary to what the General believes, communism is nowhere near to being defeated. Once confined to a few defined countries, it's reach is now global with no continent free from its malign, poverty-inducing influence.

Apart from the more obvious communist/socialist states such as China, North Korea, Russia, Vietnam, Cuba and Venezuela, whole swathes of Africa, Asia, the Middle East and Europe are infected to some degree. Unfortunately for those in the world who crave liberty and prosperity it includes their last hope, Great Britain and the United States of America.

Posted by Daniel Thomas at 1:00 PM