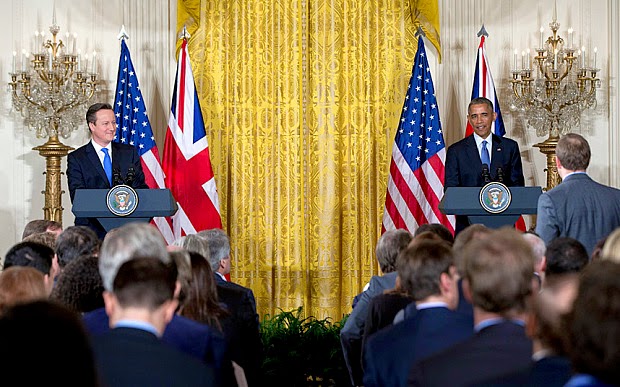 Watching the reports by Fox News on the recent Dog and Pony Show starring President Barack Obama and Prime Minister David Cameron one would be forgiven for thinking that Cameron was the pinnacle of candour and honesty.

It is to be expected that Fox News will make political capital out of Cameron's use of words such as Islamic and terrorism in the same sentence in order to contrast their own President's steadfast refusal to do the same for reasons known only to him and his inner circle. Making political capital however should not be at the expense of the truth.

Fox News and the public at large are left to speculate as to why the President is unwilling to link the global atrocities that are carried out by Muslims in the name of Allah, as directed by their prophet, Mohammad, and as written in their holy book, the Koran, with Islam.

David Cameron is getting some very undeserved kudos for his apparent candour and his bold proposals to deal with Islamic terrorists when just a smidgen of research would expose him for the media created, machine politician that he so obviously is.

One only has to look back to last August when he was being praised by Fox News for cutting short his summer vacation after a British documented Muslim, known as Jihadi John, beheaded American journalists James Foley and Steven Sotloff. This was in contrast to President Obama who made a perfunctory statement before moving on to the 19th hole.

The narrative at the time was that Cameron took decisive action by convening a meeting of COBRA, the governments emergency committee that details a response to any national crisis or events abroad that may have major implications for Great Britain.

Following this meeting Cameron gave the customary press conference where he outlined the tough action he proposed to take in order to deal with British jihadis and radical Islam.

He was praised to the heavens for taking tough actions such as confiscating the passports of jihadis fighting for ISIS thus preventing their return, preventing jihadis from travelling to Iraq, Syria or Somalia, taking the preachers of hate off the streets and closing down the centres of radicalisation such as certain mosques and madrassas.

It might come as a surprise to Fox News and its contributors, but not to the British people, that Cameron is not as tough as they make him out to be because none of these actions have been carried out.

After convening a meeting with COBRA, David Cameron made these same promises in May 2013 after the murder of British soldier Lee Rigby on a London Street in broad daylight by two radicalised British documented Muslims.

At least one of these killers was in contact with Great Britain's most notorious, and obnoxious, preacher of hate, Anjem 'Andy' Choudary.

Far from being removed from the streets Choudary is a walking, talking, radicalising, no-go zone, who has been given celebrity status. He is much in demand by the worlds media including Fox News. 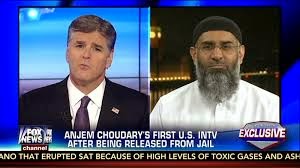 No mosques or madrassas have been closed down.  On the contrary, mosque building is continuing at the same or increasing rate.

No passports have been confiscated. Jihadis are still departing to the war zones and they are also legally returning ready to put their newly acquired skills to use in the name of Allah as they have so often promised to do.

The breeding grounds for radical Muslims and jihadis continues to flourish in Great Britain's mono-cultural, sharia controlled ghettos without hindrance from David Cameron's government or its agencies.

To put the record straight for benefit of the American people and Fox News in particular; with a general election due in May 2015, Cameron's spin doctor choreographed public performances are for home consumption where his hold on power has been threatened by the inexorable rise of the United Kingdom Independence Party, known as UKIP, who's spin free, politically incorrect message is resonating with the long suffering British people.

It is understandable that the American people, including Fox News and its contributors, can be seduced by Cameron's rhetoric which he delivers with clear diction and perfectly accented English but they must not let themselves be fooled entirely.

Despite his dulcet tones, he is the consummate media created machine politician who can deliver flawless choreographed, public performances as manufactured by his army of PR men, media managers and image consultants.

There is a bright spot to this story; it would appear that if Fox News was fooled by David Cameron's PR performance their Congressmen were not. One of the reasons for his visit to Washington was to lobby Congress on the President's behalf against imposing further sanctions on Iran. By all accounts they told him to p*ss off and rightly so.

A previous article on America's liking for Cameron here.