Politicians Don't Get To Decide Our Values Or Who We Are 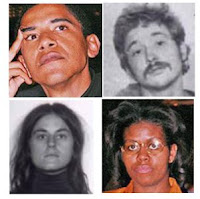 It would come as no surprise if it were revealed that American President Barack Obama and British Prime Minister David Cameron, along with many other leaders of the developed world, use the same spin doctors and media management executives to manufacture their soundbites.

Tedious doesn't begin to describe these statements which roll off the lips of a patronising political class who use the eye catching bullet points to garner votes instead of telling the truth.

Who isn't tired of hearing "these are not our values" uttered by politicians and world leaders who's loyalty is to the international 'progressive' agenda as opposed to their own people?

As people across the civilised world react, some violently, to the deliberate destruction of their societies, along with their cultures, heritages and ways of life, their political leaders repeat like a mantra that "this is not who we are" or variations thereof.

The new Prime Minister of Canada, Justin Trudeau is a recent user of this overused soundbite while the Deputy Justice Minister in the Netherlands accused protesters who had rioted against a hostel for economic migrants being built in their village as "un-Dutch".

As the civilising Judeo-Christian cultures around the world are being systematically erased using open border mass immigration, particularly from backward Muslim countries, it becomes obvious that redefining our values and who we are as citizens forms part of the associated propaganda campaign.

In the case of Prime Minister Cameron and President Obama one only has to look at their utterances and behaviors to see that these are the last people on earth to decide who we are or what our values are.

David Cameron has made it abundantly clear that he will work with his heart and soul to hand over the last vestiges of British sovereignty to the European Union bureaucrats as well as impose a so called 'multi-cultural society' at their behest.

A self confessed 'progressive', Cameron is a cheerleader for Islam in Great Britain. "It's nothing to do with Islam" is another one of his over used soundbites, He is consciously presiding over the un-homogenising and de-Christianising of Great Britain while promoting every other religion or ethnic group. "It's nothing to do with Islam" is his usual response to Muslim atrocities across the planet along with his "global religion of peace" mantra.

Traditional British values and the national character have evolved over centuries, and cannot be redefined by a remote, agenda driven member of the international elite.

If David Cameron is not qualified to decide British values and who we are, then President Obama and his First Lady have no right whatsoever to lecture the people about American values and who they are.

For two decades they attended the United Trinity Church where they listened to their Pastor, Reverend Jeremiah Wright, deliver anti-American sermons liberally laced with the most odious racist bile that would land any ordinary citizen in prison. So close were the Obamas to this deeply disturbed racist bigot he officiated at their wedding.

On the day of his election to the Presidency Michelle Obama announced that this is the first time in her life that she is proud to be an American.

Even more disturbing was/is their relationship with unrepentant America hating domestic terrorists Bill Ayres and his wife Bernadine Dohrn. The American people are more than justified to question what right the Obamas have to decide American values and who they all are as Americans.

As the phony refugee crisis continues to swamp Europe and America the people can expect their leaders to continue redefining our values and who we are in an attempt to justify their deliberate transformation and downgrading of civilisation on behalf of their international masters.

Posted by Daniel Thomas at 5:55 PM