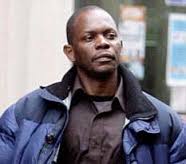 It's not the fact that the British Parliament debated whether to ban Presidential candidate, Donald Trump, from entering Great Britain that embarrassed the nation but the fact that so many legislators spoke in favour of the ban. They fell over each other in order put their left wing credentials on public display but unfortunately for them it also laid bare their total lack of intellectual integrity.

Wanting to ban the person who is leading the race to become the most powerful person on the planet only served to confirm what informed people had previously only suspected, that members of the modern British political class are bereft of any common sense or vision or to put it in the current popular vernacular, a total waste of space.

The debate was initiated by an online Parliamentary petition reaching the required number of signatures and therefore it was a legitimate subject but one would have thought that legislators would have used the opportunity to educate the signatories not only in the folly of their quest but the sheer hypocrisy contained therein.

Unfortunately, way too many British people have been so totally crushed by two decades of rigidly policed political correctness they actively look for the slightest excuse to attach labels on each other in order to win an argument.

The all time favourites are 'racist' and 'Islamophobe' which are pinned on anyone who holds different views on imposed 'multi-culturalism' to that of the 'progressive' metropolitan political elite and are not afraid to air them in public using their own style.

Donald Trump's particular thought crime was to suggest a moratorium on Muslim immigration until they can be properly vetted. In addition to this is his promise to build a wall to secure the porous southern border which has earned the displeasure of the Cultural Marxists that infest the global political establishment and the international government-media complex.

In their attempt to demonise Trump they ignored the fact that these remarks were made after the Muslim atrocities in Paris and San Bernadino. Also memories are still raw concerning other Muslim atrocities committed in the name Allah in places like Chattanooga, Fort Hood and the Boston marathon not to mention the Twin Towers on 9/11.

The porous southern border was also responsible for the murder of Kate Steinle, shot in the back while out walking with her father by Juan Francisco Lopez-Sanchez, a violent illegal immigrant who had been deported on five previous occasions.

Unlike the agenda driven political class in Great Britain Donald Trump is making the safety and security of the American people a top priority as opposed to ignoring the violence, rape and murder perpetrated against the British people for reasons of political expediency.

Trump's remarks were labelled as 'hate speech' - a favourite term of the socialist/communist/liberal community better know by their adopted, inappropriate name of  'progressives' - and this is where their complete and utter hypocrisy shines through like a beacon.

There are thousands of examples of dangerous characters who have not only been allowed entry into Great Britain but have been supported in their vileness by taxpayer funded welfare benefits. Some of these sub-humans are as base as it's possible to be, compared to whom Donald Trump is an anointed Saint in God's Heaven.

The creature pictured above is Philip Machemedze, who enjoyed his previous role as torturer for blood soaked Zimbabwean tyrant, Robert Mugabe. Machemedze admitted being a cold blooded killer and rapist who enjoyed hacking the limbs of enemies so that they died slowly in agony.

There are thousands, possibly tens of thousands, of similar cases whereby the most appalling and dangerous characters imaginable are allowed to stay in Great Britain paid for by taxpayer funded welfare benefits.

Here are two more I will use to illustrate the point. 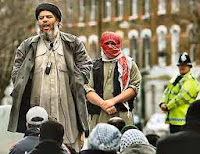 Trump's common sense remarks on Muslim immigration and secure borders was classed as hate speech by those MP's that wanted him banned, however these same MP's remained silent on Mr. Abu Hamza. An illegal immigrant and welfare supported terrorist, he was an unrepentant al-Qaeda supporter who was allowed to openly spread his vile, anti-infidel hate speech in London for years without their comment. After fighting extradition for nearly a decade, again financed by the taxpayers, he now languishes in an America prison where he will hopefully meet his maker.

Osama bin Laden's right hand man in Europe and illegal immigrant, Mr.Abu Qatada, was labelled by the security services as 'extremely dangerous' but was allowed to stay for years living a normal life among the people he hated and plotted to kill. Like Abu Hamza this evil creature fought extradition for years and finally self-deported to his homeland in Jordan where he was wanted for terrorist related crimes.

It has been reported that if he doesn't get what the authorities consider a fair trial in Jordan the European Court of Human Rights would insist that Great Britain must take him back to resume his life of luxury and to take advantage of the freedoms he is committed to destroying.

The Parliamentary debate to ban Donald Trump from Great Britain - along with the missed opportunity to educate the low information petition signatories - is an embarrassment for the country but it is not entirely surprising. The new leader of the Labour Party is a Great Britain hating, life long communist, Jeremy Corbyn, who counts the leaders of terrorist organisations such as Hamas and Hezbollah as his friends.

As a measure of how much the British people have lost the plot and are actively engineering their own oblivion, Corbyn's party has two-hundred and thirty-one Members of Parliament with a rag tag group of seventy-seven Members who share many of his aspirations. That's three-hundred and eight out of a total of six-hundred and fifty Members.

Great Britain needs its own version of Donald Trump because civilisation is indeed hanging by a thread in the Sceptred Isle.

Update: Romanian criminal allowed into Britain despite a string of convictions. Story here

Posted by Daniel Thomas at 3:13 PM