If President Trump Is A Lunatic Sanity Needs To Be Redefined 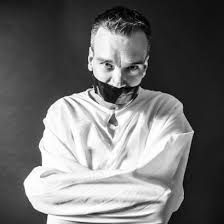 The attempt by the global elite and their embedded deep state operatives to use Russian collusion as justification to unseat the democratically elected President of the United States has hit the buffers.
In their desperation they are now using the charge of lunacy as justification to invoke the 25th Amendment to remove him from office.

This really is desperate stuff and a clear indication of the fanaticism and hatred of the left toward anyone who does not share their ideology or world view. It is also an indication of their contempt for democracy and the American people who voted for candidate Trump in the face of one of the most hostile campaigns in history.

During his campaign candidate Trump promised that there would be so much winning the American people might get tired of winning. Despite the hostile media and the unrelenting attempts by the deep state to delegitimize his presidency and remove him from office, President Trump’s list of accomplishments after barely a year in office are spectacular and undeniable.

Everything he promised to do on the campaign trail and that matters to the American people is being delivered and in his own inimitable style.

Tackling cross border trafficking in drugs, guns and humans, dealing with illegal immigration, deporting illegal immigrant criminals, growing the economy, cutting taxes, rebuilding the depleted military, defeating ISIS, forcing North Korea’s mad dictator and the Iranian Mullah’s back into their respective boxes are considered to be the insane actions of a lunatic. (See a comprehensive list of his accomplishments here)

The question begs to be asked – if this desperately needed action to restore America to its former greatness is insane, what passes for sanity in the minds of the Presidents enemies?

Giving sanctuary to illegal aliens including murderers, rapists and criminal gangs like MS-13?

Disarming the law abiding American public in the face of such criminals?

Giving blanket amnesty to millions of illegal immigrants regardless of their criminal status or contribution to the economy or well-being of America?

Depleting the military in face of an increasingly unstable world?

Refusing to acknowledge the existence of and subsequently refusing to eradicate radical Islamic terrorism?

Refusing to unleash the military to defeat ISIS?

Continuing with the socialist policy of tax, spend and borrow despite $20 trillion of debt?

The list of ‘progressive’ sanity goes on and on and ever more absurd.

So who are the faces of sanity who are going to save America from this lunatic? 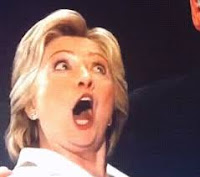 The fallen angel, Hillary Rodham Clinton, the champion of women’s rights who has lived with a serial woman abuser and rapist almost all her adult life. The career politician that had the Presidency cruelly stolen from her by the Russians despite it being hers by right.

Incredibly 'sane' Bernie believes that the socialist policies that have destroyed resource rich Venezuela would be ideal for the USA.

Nancy Pelosi, a member of the most transparent government in history that stated that Congress should “pass the Bill to find out whats in it”.

In an outburst of 'sanity' Pelosi recently stated that President Trumps tax cuts and bonuses for working people would result in ‘Armageddon’.

The list of supposedly ‘sane progressives’ includes morons such Cryin’ Chuck Schumer, John ‘I voted for it before he voted against it’ Kerry and Barack Hussein Obama himself the first half cracker President whose hatred of America, its white people and its way of life is legendary.

In conclusion, my personal favorite ‘sane progressive’ is Elizabeth ‘Fauxcahontas’ Warren who self identifies as a Cherokee Indian on account of her Paw Paw’s high cheek bones. This rabid socialist claims to fight for the working class against the 1% while being a member of the 1% herself. 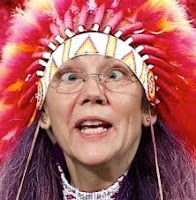 With evidence such as this it now incumbent upon the medical community to redefine sanity/insanity and clear up in the minds of the people whether howling at the moon is now normal behavior as opposed to the action of a lunatic.

Posted by Daniel Thomas at 7:28 AM