Brexit Politician In A Scuffle With Antifa Muppets 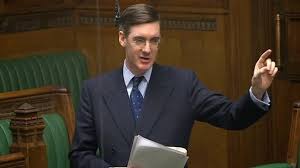 Apropos a previous article referencing the decline of the English revolutionary. Not to be outdone by the cappuccino martyrs at the Blighty Cafe, their comrades from the Muppet Show attacked a Member of Parliament at a university in Bristol, England in order to prevent him speaking. (See here and here)

The Member concerned, Mr. Jacob Rees-Mogg, is acknowledged as being one of the most polite, inoffensive politicians in the Westminster Parliament. A family man of quiet decency and principle, Mr. Rees-Mogg has attracted attention recently because of his opposition to the back-sliding and supine appeasement by Prime Minister Theresa May in the Brexit negotiations.

Dismissed as a throwback to a bygone age of English upper class privilege and snobbery, it is only recently he has been attracting the attention of both Antifa and other left-wing revolutionary types along with those who oppose Great Britain’s liberation from the European Union.

Despite his mild demeanor and infectious politeness he is a formidable debater who’s forensic knowledge of his subject combined with his impressive communication skills is convincing increasing numbers of the people of the merits of Brexit.

Such is his increasing popularity across the Brexit divide there are calls for Mrs. May to either include Rees-Mogg in her Brexit negotiation team or to stand down and hand over the reigns of power to him.

In shades of Margaret Thatcher’s rise to power, the increasing popularity of an old school conservative who espouses traditional British values such patriotism, individual liberty and free enterprise has given the socialist/communist community palpitations and galvanized them into action.

Too dumb and brainwashed to win over hearts and minds to their cause by engaging in a civilized debate, the laughably named Antifa use classic fascist tactics to silence any opposing views.

The leader of the revolutionaries in this incident was one Josh Connor and his adoring Miss Piggy look-alike bint. 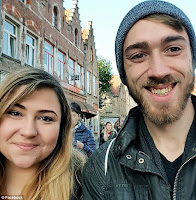 In a display of ignorance and intellectual cowardice Josh Connor fearlessly refused to debate Mr. Rees-Mogg claiming he was not worth debating while his comrades yelled out the usual, outdated smears of ‘racist’, ‘fascist’ and ‘nazi’.

A scuffle ensued which guaranteed Connor some publicity and undoubtedly some status or street cred among the brainwashed millennials and delayed adolescents that make up his pals in Antifa and his comrades in the socialist/communist/Muppet community. 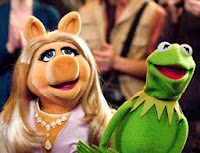 These protectors of the revolution are too dumb to realize that the same publicity also attracted opprobrium from all normal, hard working people and served to boost the credentials of Jacob Rees-Mogg and his conservative cause among the working classes.

Posted by Daniel Thomas at 4:09 PM