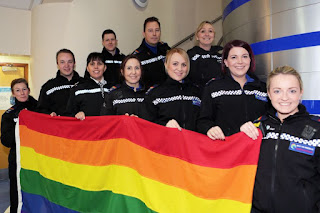 As it slowly dawns on the American people that their institutions have been politicized and are now being used against them it comes as no surprise to their British kith and kin across the Atlantic.

Their institutions were weaponized and used against them decades ago. These include national and local governments, the mainstream media led by the supposedly unbiased, taxpayer funded BBC, the supposedly neutral civil service and the supposed envy of the world, otherwise known as ‘our’ National Health Service (NHS).

The most notable, and regrettable, weaponized institution is the once respected Police Force who are now fully fledged agents of the state who’s mission to protect and serve the public by upholding the law has been abandoned in favor of imposing the governments agenda.

Now known as the ‘Police Service’ it is led by specially selected Common Purpose trained operatives who serve the political elite and who’s mission is to use political correctness to intimidate into conformity those members of the indigenous population who disagree with the government's agenda.

Crimes perpetrated by specific minority groups, including followers of the religion of peace, are ignored where possible and where prosecution cannot be avoided softer sentencing guidelines are applied in mitigation.

As crime rises across the country, including gun and knife crime, police ‘services’ are withdrawing cops from the streets and redeploying them to tackle crimes against political correctness.

Crimes against political correctness are vague and open to interpretation which leaves the police free to caution, investigate and arrest anyone who voices opposition to the government's agenda. By any measure this is intimidation worthy of any autocratic banana republic and not a modern democracy.

Recent headlines from the Sceptred Isle include:

Rise in recorded crime is accelerating in England and Wales.

Half of Brits haven’t seen a police officer on foot ALL YEAR.

Now police won’t visit even if your house was burgled.

Distribution of funds depends on the priorities set by local Police Commissioners and Senior Officers so one has to assume that crimes against ordinary people such as burglary are 'low level' and therefore not a priority, whereas so-called hate speech on Twitter and Facebook are very much so.

When it comes to prioritizing police resources between tackling violent crime and political correctness the latter wins in Dyfed-Powys, Wales, where police are financing LGBT liaison officers throughout the service.

This is what it's like to be a LGBT liaison officer.

These officers have been specially trained to deal with matters of sexual orientation and gender identity to provide support for LGBT victims of crime, including hate crime, domestic abuse and sexual abuse. 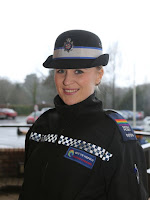 According to the cultural Marxist disciples in charge of this phony police ‘service’, these aforementioned crimes are unique to the LGBT community thus deserving of funds or they don’t matter to cisgendered victims of the same crimes especially if they are white.

To conclude; politicians being the duplicitous, self-serving charlatans that they are will always put their own interests above those of the people and the country they are meant to serve.
Apart from outlawing so-called hate speech to intimidate dissenters into silence by accusing them of Islamophobia, racism, sexism, homophobia, transphobia, etc. they are now adding criticism of themselves to the list.

When the political elite start making laws to protect themselves from criticism the line will have been crossed and civil disobedience will be the only recourse left for the disenfranchised people.
(See here)

Previous article on the demise of the British Bobby here

Posted by Daniel Thomas at 5:44 AM