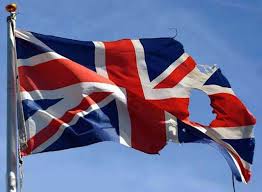 Prime Ministers Questions (PMQ’s) from the British Parliament has a global audience, so the reputation of the nation as projected by Theresa May and Parliament is at stake.

It was pointed out at today’s session that Prime Minister, Theresa May, has reiterated unequivocally 108 times in Parliament that Article 50 of the Lisbon Treaty will not be extended therefore Great Britain will be leaving the European Union on the 29th March 2019. (See here)

Mrs. May humiliated the entire nation when she went back on those solemn promises and sent a request to the unelected President of the European Council, Donald Tusk, begging for an extension to Article 50 delaying the promised departure until the 30th June 2019.

To add insult to injury, she made another solemn promise that Great Britain’s membership will not go beyond that date and we will definitely leave the EU on the 30th June 2019. (Bookmakers are taking bets on whether she can beat 108 repetitions of that promise before going cap in hand begging for a further extension)

After two years of supposedly complex negotiations Theresa May’s Withdrawal Agreement and Political Declaration is a surrender document that leaves Great Britain in a worse position than if it remained a member.

This is the humiliating ‘vassal state’ status that will be bestowed on the British people by this long-predicted Brexit-in- name-only deal.

This so-called deal was designed in secret by EU bureaucrats, in conjunction with British Europhile civil servants, then approved by the German Chancellor, Angela Merkel, before being given to Theresa May to steer through the British Parliament. 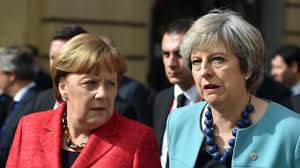 This has been rejected by a Europhile Parliament who have also rejected leaving under  World Trade Organisation (WTO) rules which in effect prevents the clean Brexit that the people voted for in the 2016 referendum.

It is worth reiterating that Parliament is overwhelmingly Europhile and it is using every means possible to sabotage Brexit and keep Great Britain locked inside the European Union against the will of the people.

Mrs. May and Parliament should have realized by now that the European Union is set on a course for full integration and to that end it does not negotiate or compromise. In exchange for an extension and delay it will demand conditions even more humiliating than those in the Withdrawal Agreement in addition to billions more in contributions.

There is a glimmer of hope for the long abused and humiliated people of Great Britain. To agree an extension to Article 50 and delay Great Britain’s departure from the Union requires unanimity of all 28 nations on the European Council.

There are indications that both Italy and Hungary intend to veto the extension which would mean that Great Britain would leave as scheduled on the 29th March 2019 with or without an agreement.

To be concise, the survival of Great Britain as a sovereign, self-governing nation is on the shoulders of  Giuseppi Conte of Italy and Viktor Orban of  Hungary.