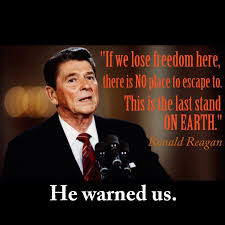 Watching the antics of the political elite in both the British Parliament and the American Congress one can only conclude that they are coordinated attempts to overthrow the people.

In Great Britain’s cities crime, including robbery, violent assault and murder are out of control. The murder rate in gun free London is higher than New York with knives being the weapon of choice.

In addition to this, Muslim pedophile gangs are still raping young white girls on an industrial scale, jihadis returning from the middle east battlefields are on the loose threatening murder and mayhem, economic migrants are streaming across the English Channel, homelessness is an epidemic, there is a shortage of school places, health care provision and infrastructure both physical and social.

Freedom of speech is being curtailed as police ignore real crimes and concentrate their diminishing resources monitoring social media for so-called ‘hate speech’ in order to impose political correctness on behalf of the government.

The economies of the Eurozone are tanking into recession and all the ruling elite can do in Parliament is spend its valuable time using every dirty trick in the book to reverse the result of the Brexit referendum and keep the British people tied to the corrupt and failing European Union (EU).

In other words, they are in the process of overthrowing the people.

Meanwhile in the United States of America there is a similar story.  The economy is $22 trillion dollars in debt, illegal economic immigrants are streaming across the porous southern border, tens of thousands are dying due to the opioid crisis, hundreds more are being murdered at the hands of illegal immigrants.

In addition to this, America is involved in trade wars with some of the biggest economies in the world and real wars in the middle east. It is also trying to prevent nuclear proliferation to rogue states like Iran and North Korea.

Like Great Britain, freedom of speech is under threat along with other rights such as those covered by the 2nd Amendment to the Constitution.

Again, as in Great Britain the ruling elite in Congress are spending all their time and effort trying to reverse the election of 2016 and remove President Trump from office.

In other words, they are trying to overthrow their people also.

There are other parallels equally concerning including the appearance of die-hard communists in Parliament and Congress who don’t hide their desire to overthrow capitalism in favor of the economic system that has caused misery and death everywhere it has been tried.

Destruction of the traditional family is well underway along with gender fascism working to erase nature's intentions.

Christianity along with the predominant Judeo-Christian values that have underpinned western civilization are under a sustained attack while Islam and its barbaric values and practises are being promoted and even imposed.

History is being rewritten and in the case of the American south and British universities, erased completely.

For lovers of individual liberty, free enterprise, limited government and western civilization, the rise of the globalist elite and their usurpation of power this is a bleak and dangerous time.

Thanks to the empire building project of the EU the centuries old nation states of Europe are already lost and civilization is hanging by a thread in Great Britain. The desire of the British people to be free of this EU tyranny is being overruled by an agenda driven globalist elite.

If the British people want to save their country and their traditional way of life they must not let this happen. They must stand up and fight back by whatever means they have at their disposal.

The only people standing between America and the nightmare of communism is President Trump and a rump of supporters in Congress. The House and the Senate cannot be relied upon to watch his back and help him fight off the communist hordes as they gain in confidence and start to impose their agenda.

It is now up to the American people to keep the torch of liberty and civilization burning by supporting their President and never, ever surrendering their inalienable right to keep and bear arms.