Elton John And Jim Radford – Rocketman and The Patriot 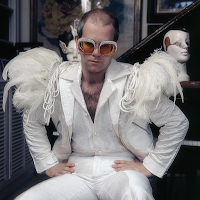 When Reginald Kenneth Dwight was born in March 1947, Jim Radford was a veteran of the Normandy landings which signaled the beginning of the end of Hitler’s Third Reich and the Nazi occupation of Europe. At nineteen years old he was also the youngest participant in that mighty endeavor where so many lost their lives in the cause of freedom.

Using his talents as a singer and song writer, and rebranded as Elton John, Reginald went on become a global superstar in the entertainment world giving pleasure to millions and making a well-earned fortune in the process.

Jim Radford was also a talented singer and songwriter but lacking the showmanship and flamboyance of Reginald he didn’t make the breakthrough or the millions. Instead he became a peace campaigner and a volunteer in various organisations dedicated to helping the poor, the homeless and the downtrodden.

Elton John’s charitable efforts raised millions for his AIDS Foundation which has earned him accolades from a broad spectrum of admirers including the Royal Family.

That’s where the similarity ends. In contrast to Jim’s exemplary life and his selfless devotion to duty and public service, Elton John chose a life of drug and booze fueled hedonism with a touch of debauchery thrown in for dessert.

While Jim was appointed a Chevalier of the Legion d’Honneur by the French Republic for his involvement in the liberation of France during World War II, Elton John was knighted by Queen Elizabeth II and made a Commander of the British Empire (CBE) for ‘services to music and charitable services’. 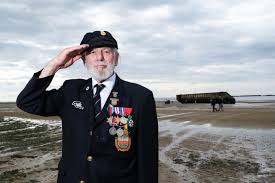 In a mockery of the honours system and as a snub for those who have selflessly devoted their time and lives to the nation, Reginald Kenneth Dwight is now known as Sir Elton Hercules John CBE while Jim Radford is just plain ol’ Jim Radford.

To add insult to injury Sir Elton Hercules John CBE has rewarded Great Britain and the British people by publicly announcing his loyalty is to the European Union not his homeland that honoured him and showered him with so many accolades.

At a concert in Verona, Knight of the British Realm, Sir Elton let it be known that he is ‘sick to death of Brexit and ashamed of the UK’. He obviously doesn’t understand democracy and how it works.

Parliament asked for a mandate on continued membership of the European Union, the British people gave them one in a winner take all, binding referendum. They voted to leave. Sir Elton should graciously accept the wishes of the people and get on with his life.

He obviously found it impossible to do that and couldn’t resist letting the world know what he thinks of his compatriots. He went on to say, “I am sick to death of Brexit. I am a European. I am not a stupid, colonial, imperialist English idiot”.

I suppose those remaining veterans who went ashore on D Day and voted for Brexit are also stupid, colonial, imperialist, English idiots.

If that’s how this ‘European’  feels about Great Britain and his compatriots I suggest that the drug addled old queen renounce his knighthood and not let the door hit him in the arse on his way out.

Previous article about Elton John and his perfect family here

Posted by Daniel Thomas at 6:13 AM