The British Are Still Trapped Three Years After the Epic Mandate 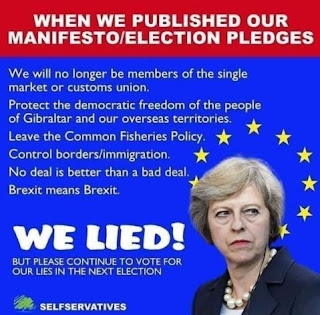 The twenty fourth of June 2019 marked the third anniversary of the great Brexit betrayal and the start of open hostilities between the British people and the treacherous political class who are committed to surrendering the sovereignty that so many died for to a cabal of unelected bureaucrats in Brussels.

Three years after giving the political class the biggest mandate in the history of British democracy the British people are still stuck in the corrupt and failing European Union with no prospect of ever leaving.

Despite all the promises made by the so-called Mother of Parliaments to implement the referendum result, the unelected EU bureaucrats in Brussels still have control over Great Britain’s laws, borders, territorial waters and money. Also, the British people are still subject to the European Court of Justice which is superior to their own Supreme Court.

The Brexit betrayal has not only highlighted the years of treachery by individual law makers but the fanatical dedication of the entire political establishment to the destruction of Great Britain as an independent, self-governing nation and their absolute loyalty to a centrally controlled United States of Europe.

The war between the politicians and the people has been simmering for decades as the unrelenting and irrevocable surrender of sovereignty to the European Union continued unchallenged by most Parliamentarians with the subsequent destruction of the British national identity and way of life.

It was on the orders of the European Union and against the will of the British people that their national identity and traditional way of life must be destroyed and replaced by something mythical called a ‘multi-cultural society’.

This was to be achieved by a two-pronged attack consisting of open border mass immigration, mainly from incompatible third world cultures, accompanied by a campaign of demonizing and smear against anyone who voiced an objection and tied together by a rigidly policed adherence to political correctness.

Thanks to the political establishment and their craven subservience to the European Union, Great Britain is unrecognizable from a decade or so ago. The multi-cultural society and the diversity we are all supposed to be celebrating is a series of crime ridden, semi-autonomous, mono-cultural ghettos many of which are no-go zones for the police and the general populace.

Now a white minority city, London, the once mighty capital of the British Empire, has been reduced to a crime ridden, ghetto infested hell hole reminiscent of a third world country from which many of its new inhabitant’s hail.

Great Britain’s other major cities such as Birmingham, Manchester and Liverpool etc. are rapidly declining to the same status as the capital.

Thanks to the European Union there isn’t a town or village that has not been adversely affected by the mass influx of people from incompatible cultures who have indicated they have no intention of integrating or respecting the British way of life.

Mass immigration and the deliberate destruction of the British way of life was the main, but not the only driver, of the vote to leave the European Union. There was also the desire to take back the sovereignty that had been surrendered over the decades and become the proud, independent nation that our ancestors fought and died for.

The ruling elite and the political class that do their dirty work are concerned only with keeping the power over the people they have usurped over the years and further implementing their globalist agenda.

In their arrogance and complacency these charlatans have taken it for granted that the British people have lost the bulldog spirit that has seen them through adversity in the past including two world wars and will allow their victory and dreams to be stolen.

The fools couldn’t be more wrong. Patriotism is alive and well and the yearning to be a proud independent nation is as strong as ever among the majority. The ruling elite and their Parliamentary collaborators should beware they don’t awaken the sleeping giant.

In conclusion; we should learn from our American cousins who founded their nation with one of the greatest and most succinct documents ever authored by man.

The Declaration of Independence contains the immortal passage that these democracy denying Parliamentarians should pay attention to:

“…Governments are instituted among Men, deriving their just powers from the consent of the governed, - That whenever any Form of Government becomes destructive to these ends, it is the Right of the People to alter or abolish it, and to institute new Government, laying its foundation on such principles and organizing its powers in such form, as to them shall seem most likely to effect their Safety and Happiness”. 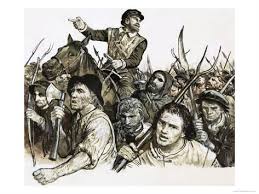 Posted by Daniel Thomas at 4:49 PM