Creating Climate Hysteria in The Pursuit of Global Power 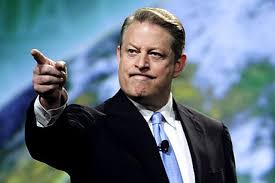 When career politicians unequivocally state that ‘the science is settled and the debate is over’, alarm bells should ring in the heads of those people who treasure liberty, democracy and the prosperity they bring. This is especially true when these same politicians are ideologically driven globalists with an agenda they intend to impose on the developed world.

The sad part is not the perverted science they use to justify their claim but the fact that supposedly intelligent people swallow the whole climate change scam hook, line and sinker. This is particularly true of the British people who would allow the political ruling elite to destroy their economy and return them to the pre-industrial era of urban and rural abject poverty for no benefit whatsoever.

To assist those poor souls to understand that they are being taken for a ride by unscrupulous, lying politicians, and by gullible schoolkids egged on by immature adults from The Extinction Rebellion protest movement, here is some science in the simplest terms possible so that even they can understand it.

It includes pictures for the terminally brainwashed and those infected by groupthink.

This is a lump of coal. 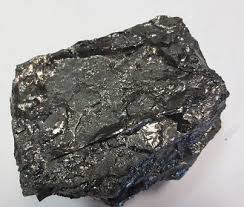 It is made from tropical carboniferous rain forests and swamps that have been fossilized over millions of years. This means that Great Britain had a tropical climate that allowed vegetation such as this to thrive.

This is a tropical carboniferous rain forest. 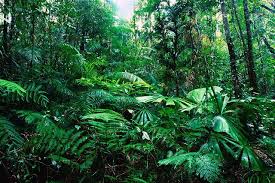 In the geological strata of Great Britain there are multiple layers of coal which means that the tropical climate and the associated rain forests came and went many times down the ages without the influence of human activity.

This is an ice sheet. 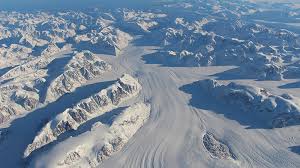 Great Britain has been covered in ice sheets thousands of feet thick many times down the ages, including one as recently as ten thousand years ago. For the benefit of those taken in by the climate change scam that is the blink of an eye in geological time.

Glaciers have advanced and retreated many times carving the landscape we see today including the valleys of Wales and the lake districts of England and Scotland.
By adding these two natural phenomena together, the resultant conclusion is that the climate in Great Britain has changed between tropical heat and humidity and freezing Arctic ice ages many times without human activity.

At the behest of the global elite, and under the auspices of the United Nations, the grant chasing fake scientists are making the claim that CO2 as a byproduct of human activity is causing the climate to heat up to the point where the planet will become uninhabitable.

They tried using climate change to seize power in the 1970’s by claiming we are all going to freeze to death in a new man-made ice age but that failed to capture the public imagination. People may have been smarter in those days as opposed to the gullible generation of today who have outsourced thinking to the government and will believe anything they are fed.

I digress so back to some easy to understand science. The British Parliament have already put into law that the modern industrial, developed economy must be wrecked in order to reduce ‘carbon’ emissions to zero and make the country carbon free by the year 2050.

To whip up the hysteria further the Labour Party and some other Parliamentarians want to declare a ‘climate emergency’ claiming that we have only ten years to act in order to save the planet and humanity from extinction. They want zero carbon emissions and a carbon free country by 2030.

Being career politicians with eyes only on their globalist agenda and their re-election they don’t know that using coal does not emit carbon, which is a solid but carbon dioxide which is a gas, but again I digress.

Here is more easy to understand science for the benefit of politicians and the gullible public that swallow the nonsense they emit:

Earth’s atmosphere contains 0.04% carbon dioxide, a trace gas essential to life on earth. Of that 0.04% only 3% is the result of human activity therefore 97% is natural. Of that 3% only 1.1% is generated in Great Britain.

Whether Great Britain reduces its carbon dioxide emissions to zero tomorrow, by 2030 or 2050, the effect on the climate is so immeasurably minuscule it is zero for all practical purposes.

To counter this reality the politicians make the ridiculous claim that if Great Britain reduces its ‘carbon’ emissions to zero the rest of the industrial, developed world will follow suit.

The facts are that Great Britain has decreased its carbon dioxide emissions by 38% since 1990 but counter to what the politicians claim the emissions by the top industrialized nations have risen substantially during that period.

The inconvenient truth is that during that period there has been no rise in global temperatures while carbon dioxide emissions have continued to rise inexorably. This means that the science that asserts a link between atmospheric carbon dioxide and global warming is not settled and therefore the debate is not over.

The reality is that the climate change emergency is manufactured, and the attendant extinction hysteria is being deliberately stoked up and used as an excuse for a power grab by the global elite. This is in response to the election of climate realist Donald Trump and the imminent collapse of the globalist inspired European Union.

In conclusion: the idea that the earth’s climate can be controlled by forcing the developed world to stop using electricity, driving cars, eating meat, heating their homes, flying in airplanes and every other activity they disapprove of is beyond risible.

Equally risible and totally insane would be the people of the developed world voluntarily handing over control of their lives to a cabal of globalist politicians whose only interest is the perverted pursuit of absolute power.