The Truth About White Slavery and The Myth of White Supremacy 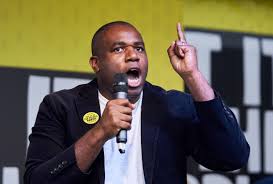 David Lammy, the Member of Parliament for the London ghetto of Tottenham, is a vile racist who is totally obsessed with skin colour. He uses his black privilege and the two-tier criminal justice system to make pejorative, anti-white statements about the British people knowing he can get away with it without sanction.

He has incited violence against white people who cannot respond in kind because of his black privilege and the immunity given to him by the two-tier criminal justice system. The once respected protectors of law and order are now dedicated to imposing a politically correct agenda on behalf of the state. This includes shutting down any criticism of Lammy and his supporters with threats of prosecution and even imprisonment.

The following article will be considered as provocative and racist, but it is the truth and an indictment of the police, the media, political establishment and everyone else who allow Lammy to get away with hate speech and incitement to violence without sanction. It is also a challenge to these same people to stop pandering to racists like Lammy by returning the justice system to equality under law and treating Lammy as they would any other racist:

It’s not surprising when black politicians use their skin color to endear themselves to their black constituents in order to get re-elected and remain aboard the gravy train. At a time when false narratives, fake news and outright lying are employed by politicians in their election campaigns they are employing what they consider to be an acceptable practice.

What is unforgivable and downright evil is for these black politicians to stir up racial hatred and violence against white people by claiming to be the victims of the long-abolished slave trade. Their outrageously false claim is that the legacy of slavery has perpetuated their victimhood which is manifested today by so-called white supremacy and white privilege of the host population.

Due to the rewriting of history, slavery is falsely portrayed as being exclusively perpetrated by white people forcibly removing black people from Africa to labour on the farms and plantations of America and the colonies.

Actual history has shown us that slavery is not exclusively white on black but endemic across the planet down the ages including the victors in war enslaving the vanquished. The Egyptians and Babylonians enslaved the Israelites, the Romans enslaved the British, the Turks enslaved the Greeks and so on and so forth.

More recently, the Nazi's enslaved the Jews and other unfavoured ethnic groups in purpose made concentration/extermination camps.

Even Africans were enslaving other Africans and selling them to Arabs and other slave traders prior to the arrival of Europeans. Slavery is still legal in many Islamic countries and in some other countries in the developing world to this day.

The existence of white slaves and indentured labourers that could also be bought and sold in the slave markets is studiously ignored by Lammy and his ilk. Also ignored is the transportation to the colonies of debtors, petty criminals and those considered to be ‘undesirables’ to be used as slave labour by the British ruling class of the day.

Black politicians and their anti-white supporters also never mention the workhouses and debtors’ prisons that were nothing less than institutions of white slavery that persisted long after the slave trade was abolished in Great Britain and the colonies.

These black politicians are well aware that institutional white slavery existed, but they deliberately ignore it because it doesn’t fit with their white imposed victimhood narrative. They totally ignore the barons and serfdom which was white slavery that endured in Great Britain for centuries.

No student of British history could possibly argue that conditions in the coal mines, iron works and fabric mills during the British industrial revolution were infinitely worse than the cotton fields and sugar plantations of America and the colonies. 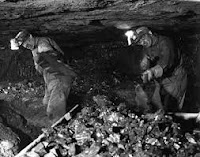 The same can be said for housing where the working classes lived in the most appalling vermin infested slums with little or no amenities as opposed to a wooden cabin on a plantation albeit a rudimentary structure.

The industry owners of the day were no better than slave masters who used the truck system of remuneration along with debt to keep their workers enslaved to their factories, coal mines, mills and foundries and wages at starvation levels.

It must be remembered that women and children also worked in the same appalling conditions in coal mines, iron works, mills and factories for long hours earning nothing more than a pittance. It was said at the time that the owners gave their employees just enough so that they would reproduce and supply another generation of cheap, enslaved workers.

The continual verbal abuse of white British citizens by David Lammy MP and his fellow ingrates is not just divisive but it is stirring up racial hatred using rewritten history which makes it infinitely worse.

His constant accusations of white supremacy and white privilege needs to be countered before it becomes accepted as the established truth which will relegate the actual truth to the status of myth.

Lammy is a Labour MP so he should at least know something of the history of the British working class and the folklore of the Labour Movement he claims to represent. It is a history of deprivation, sacrifice and bloodshed exclusively suffered by the ancestors of the white people he now gratuitously insults.

In the Great Britain he hates because of the slave trade he should at least acknowledge the lengths the people went to in order to abolish it. This began with Somerset v Stewart in 1772 when slavery was proved to be unsupported in British law.

In addition to these legislative efforts, mill workers used their white privilege to get killed in the Peterloo massacre of 1819 while agitating for Parliamentary reform.

In the Merthyr Rising of 1831 white people rose up in insurrection after the Iron Masters refused to alleviate the appalling deprivation being suffered by the iron workers and coal miners. To set an example to the working class, coal miners leader, Richard Lewis, was falsely accused of stabbing a soldier and subsequently hanged.

The white leaders of the Tollpuddle Martyrs were transported to the prison colony in Australia in 1834 for trying to form a trade union.

During the Chartist Uprising in Newport in 1839 white working-class people were massacred while agitating for Parliamentary reform. The leaders were sentenced to be hung, drawn and quartered. Fortunately, the sentence was commuted to transportation to the prison colony in Australia.

The Jarrow Crusade in 1936 saw members of the working-class communities use their white privilege to march from Jarrow in the north of England to London in order to present a petition to Parliament protesting unemployment and poverty.

The freedoms and relative prosperity enjoyed by the British people today was won by the blood and sacrifice of a population that endured poverty and conditions that were worse than any plantation worker.

David Lammy’s parents took advantage of this sacrifice and voluntarily left their sun kissed Caribbean paradise to make their way to a cold, wet and windswept island in the north Atlantic with a ninety percent white population.

This is the same island and population that their son claims are racists and white supremacists whose sole mission in life is to use their white privilege to oppress Mr. Lammy and the black community presumably to make their lives intolerable.

Mr. Lammy was so oppressed and discriminated against by the white people of Great Britain that he availed himself of a first-class education. He was awarded a scholarship at the of age ten to attend a prestigious school founded by Henry VIII. He went on to study law at the University of London Law School and then to Harvard University in racist America. He was called to the bar at Lincolns Inn and practiced as a Barrister before becoming a Member of Parliament.

Not too bad for a country he claims uses institutional racism and intolerance to discriminate against black people to keep them confined to menial jobs in the ghetto.

According to the 2011 census, white British comprise 87.1% of the population so it’s obvious that they will be the dominant ethnic group and their way of life will take precedent over that of more recent arrivals. Black British comprise 3.0%, Indian British 2.3% and Chinese British 0.7%.

It is noticeable that the Indian and Chinese British communities combined also comprise 3% of the population but they don’t insult and smear the white British people despite being shipped to all corners of the empire like the Africans were.

It could be that the Indian and Chinese British are industrious, entrepreneurial, self-supporting, family orientated communities who take advantage of the opportunities Great Britain has to offer as opposed to wallowing in victimhood from a long-gone era while blaming white people and demanding reparations.

Looking at the state of the African nations that sold their fellow countrymen to the slave traders, David Lammy should be grateful that his ancestors were shipped to the colonies because he may not be the successful wealthy man he is today, he may not even have existed at all.

It is the view of many that his ancestors were not so much stolen from Africa but rescued. No one denies they suffered hardship but no worse than the ancestors of British white working class who were not responsible for slavery.

The British people have no white privilege and they are not white supremacists. To insult and smear them as if they are white supremacists who were responsible for slavery serves only to stir up division and hatred which will not benefit his community, or any other community, should it descend into inter-communal animosity and violence.

“I’m glad my granddaddy got on that boat”.

Posted by Daniel Thomas at 4:46 PM