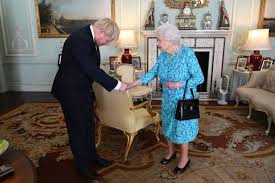 One can judge whether a course of action is correct by the reaction of one’s opponents and in the case of the proroguing Parliament by Her Majesty the Queen at the request of Prime Minister, Boris Johnson, this is absolutely the right thing to do.

For the uninitiated, proroguing is the constitutional procedure which is used to bring a session of Parliament to an end in order that a new legislative session can begin.

The phony outrage of the political class and the deliberately whipped up hysteria that has greeted this legitimate constitutional action speaks volumes about the Europhile snowflakes and the current occupants of Great Britain's once respected legislative institution.

The justification for their outrage and hysteria is as phony as they are and riddled with lies and deception.

These Parliamentarians claim to be the stalwart defenders of democracy so it’s worth reminding ourselves of the circumstances that led up this phony constitutional crisis and how duplicitous these people are.

Parliament legislated for a once in a lifetime, winner-take-all, binding referendum in June 2016 to settle the contentious issue of Great Britain’s membership of the European Union.

In defiance of Parliament and despite a campaign of fear, the people voted to leave the European Union in the biggest exercise of democracy in the country’s history. 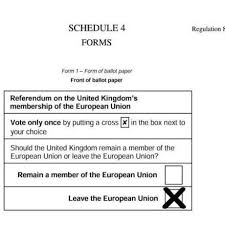 In the 2017 general election, eighty percent of the votes went to parties who committed in their election manifestos to implement the result of the referendum. No one knew at the time that they were lying and had no intention of implementing the result.

After an inexplicable delay which allowed the Europhiles to regroup and plan their campaign to overturn the result, Parliament finally legislated to trigger Article 50 of the Lisbon Treaty which was the mechanism for leaving the corrupt and failing EU.

This meant a transition period and a leaving date on  March 29th, 2019; a date that will live in infamy. The self-appointed stalwart defenders of democracy made sure that this didn’t happen, and a new leaving date of October 31st, 2019 replaced it as the law of the land.

The same Parliamentarians who made this leaving date the law of the land are claiming that it is undemocratic to implement it.  Even by their standards of deception this is turning the truth on its head in true Orwellian fashion.

This is the crux of the matter so it’s worth repeating in order for it to sink in; Parliamentarians are claiming that it’s undemocratic to implement the law of the land that they themselves passed through Parliament and put on the Statute Book.

It's an extraordinary claim that by proroguing Parliament democracy has been suspended when they have used every dirty trick in the Parliamentary book to subvert democracy in order to reverse the result of the Brexit referendum.

It is also an extraordinary claim that ending the session on the proposed date robs them of four days debate on the Brexit issue when they have spent three years debating the subject with the intention of delaying Great Britain’s exit, ad infinitum.

They claim that prorogation is an abuse of Parliamentary procedures when, with the aid of the hideously biased Speaker of the House, John Bercow, they have driven a coach and horses through these same procedures especially with respect to the tabling and choosing amendments and motions that frustrate Brexit. 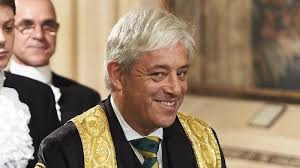 They have ignored the fact that Prime Minster, John Major, prorogued Parliament for six long weeks to avoid acting on a Parliamentary expenses scandal.

To their eternal shame, Europhile Members used a convicted criminal who was out of jail on license and being monitored by the police with an ankle tag, to cast the winning vote in piece of anti-Brexit legislation.

Their claim that Parliament is sovereign raises two important issues that exposes these people for the charlatans that they are.

It is the people who are sovereign not Parliament and when Parliament is given a direct order by the people it is not up for discussion or debate, they must carry it out. The people were asked whether to leave the European Union or remain and they voted to leave. That is the end of the issue, leave we must.

Secondly, despite repeated assurances that no Parliamentary sovereignty will be surrendered by joining the Common Market, which was the precursor to the European Union, treacherous politicians surrendered virtually all the peoples’ sovereignty by stealth over four decades to the unelected bureaucrats in Brussels.

By transferring the peoples’ sovereignty to Brussels, Parliamentarians will have no legislative function other than giving national legitimacy to legislation given to then by the unelected European Union Commissioners; in effect they will have reduced themselves to a rubber stamp.

The once respected Mother of Parliaments is nothing more than an expensive talking shop comprised of almost fifteen hundred redundant legislators with an army of civil servants and other faceless bureaucrats.

To conclude, the people voted to take the legislative functions of Parliament back from Brussels to Westminster, but the self-appointed stalwart defenders of democracy don’t want it.

In fact, they are fighting tooth and nail to prevent it from happening. By proroguing Parliament Boris Johnson is making sure that these democracy deniers are thwarted in their attempts to stop Brexit by making sure that the law of the land is implemented, and the British people regain their independence in accordance with the law on October 31st, 2019.