From Baby Names To Steaks, There's No End To Government Intrusion 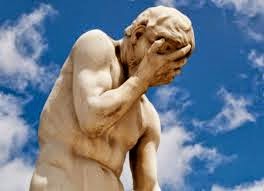 It is without a doubt that politicians around the world are on a roll, not only are they displaying their overbearing arrogance but also their contempt for the views of the people they are supposed to be representing.

There isn't  a day that goes by without another story of faceless state bureaucrats interfering in the private lives of its citizens with the connivance of elected representatives. Obviously this interference is agenda driven, designed to slowly impose the superiority of the government over the rights of the individual citizen.

Many freedom loving people will be shocked to learn that there are such things as government approved lists for baby names. How and when this Soviet style interference came about is a mystery but if the form book is anything to go by it was sneaked in by stealth before the people had a chance to disagree.

In this case the interference became apparent when an Israeli couple, working in Brussels, wanted to name their newborn baby Alma Jerusalem after their home city only to be told that Jerusalem doesn't appear on the state approved list of baby names.  Along with millions of others, I have never heard of such an outrage.  Naming a baby is one of the most intimate and private things on earth and certainly not within the domain of political low lifes.

It's just as well that the Geldof children weren't born in Belgium or Fifi Trixiebell, Peaches, Pixie and Heavenly Hariana Tigerlily would have state approved names such as Salina, Lorelay, Lydie and Berniss.

It must be said that the babies' father, having spent three years working for the European Union, should have known that Brussels is the home of authoritarian state control fanatics. He should have arranged a trip to Israel so that they could have had their joyous event at home and name their baby without political interference.

One would think that state approved baby lists is a minor matter to be quibbling about but where politicians are involved there is always an ulterior motive; in this case it's the cultural replacement agenda better known as the Islamification of Belgium.

It must be noted that while Jerusalem is not on the state approved list of baby names the Muslim name Mohammed most certainly is; in fact it is in the top ten most popular names in some parts of the country and rising fast.

The belief that this kind of government interference is agenda driven is given credence by the fact that cultural replacement in Belgium is gathering pace and the process of Islamification is well under way. If things proceed at the current rate then Belgium will be the first European country to fall to Islam since Spain in the 8th century.

British freedom lovers will again be dismayed but not surprised that their government via the Food Standards Authority, is issuing 'guidelines' that meat should not be served with any traces of pink. As the British know to their cost, 'guidelines' today are perverted by bureaucrats into rigidly enforced regulations tomorrow. These diktats are imposed by government inspectors bullying and threatening until vendors are intimidated into compliance. Resistance appears to be futile.

Millions of grown up adult diners choose to enjoy eating meat cooked less than well done, myself included, and will continue to do so, at home at least, regardless of government interference. Overcooked pieces of leather are not as appetising as a juicy steak or a plate of sushi.

Personally, together with tens of millions of other happy diners, I prefer my meat cooked rare, my eggs boiled soft and my fried eggs runny. I also enjoy seared Ahi dipped in Wasabi/Soy, plates of sushi and raw oysters on the half shell. It's my taste, my choice and nothing whatsoever to do with government or its bureaucrats.

One of the idiosyncrasies of their perverted creed is that nobody, except the ruling elite, escape the consequences of socialist authoritarianism.  The bureaucrats go for them all until everyone is caught in the net of government superiority.  In the meantime, wealthy socialists of the Tony Blair ilk will continue to enjoy the delights and tastes of the class they demonise and supposedly want to abolish.

The majority of the Scottish people are enthusiastic socialists; conservatives are as numerous north of the border as the Dodo is on Mauritius, but even these socialist diehards are not immune from the impositions of the state bureaucrats.

The Scots are outraged that the iconic pint glass is being banned from Highland pubs for safety reasons. These glasses have been around for ever and are as traditional in Scotland as the kilt, the haggis and a set of bagpipes.

Obviously their socialist masters have decided that the Scottish people are too dumb to be trusted with a glass drinking vessel. Champagne, wine and whiskey drinkers are also targeted and must now drink their favourite tipple out of plastic drink dispensers. Is nothing scared to these Philistines?

It is a racing certainty that this is the usual use of precedence prior to imposition glassless pubs across the rest of Scotland and then the entire country over time. This is a well known tactic used by politicians to get an unpopular policy imposed by stealth. One thing is for sure, the views of the people will be studiously ignored.

The people of Scotland have no room to complain, they brought this on themselves. As ardent socialists they must therefore accept that the nanny government knows what's best for them and they must comply.

From baby names, meat preparation and beer glasses, there is nothing that the government bureaucrats will not interfere with in order to demonstrate their superiority over the citizen. If the people of Scotland, and freedom lovers everywhere for that matter, want to do anything about it then they should wake up and stop their habit of blind tribal voting for remote, agenda driven politicians and replace them with experienced candidates drawn from the real world of real people.
(Re-edited post due topicality)