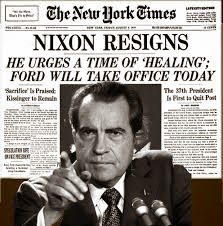 The long suffering British taxpayers were legitimately outraged when they learned that their hard earned money was being systematically looted by their elected representatives. What became known as the 'expenses scandal' was exposed despite an official campaign of obfuscation and legal stonewalling by politicians desperate to keep their thievery from the public they were elected to serve.

The outrage of the people turned into incredulity when it was revealed that the files relating to former Prime Minister Tony Blair's expenses were 'accidentally shredded' by a member of his staff.

This scandal, combined with the wholesale corruption and thievery going on the Upper Chamber - a den of iniquity known as the House of Lords - caused the reputation of Parliamentarians to plummet down to unfathomable depths from which it is yet to emerge.

One would have thought that getting caught red handed with their fingers in the public till these crooked politicians would apologise and demonstrate at least a modicum of contrition. One would also have thought that in order to win back the trust of the people they abused they would replace the flawed system which allowed such criminal behaviour.

Instead the new system in the Commons  was declared unworkable with the goalposts in the Lords moved so that they can carry on fiddling without sanction.

It gets worse, much worse. Investigators into the Rotherham child sex abuse scandal - where the local authority facilitated Muslim paedophile gangs to groom, rape and sexually abuse under age white girls before pimping them out - found that official records had been tampered with or 'went missing' to protect guilty council officers.

The upshot of all this unethical, and sometimes illegal, behaviour is threefold:

i) politicians and their attendant bureaucrats are so intoxicated with power they believe they exist at a level way above that of the plebeians they rule over and are not subject to the same standards of ethics.

ii) their bloated egos have given them a sense of self importance and entitlement that leads them to believe they are immune from scrutiny.

iii) they believe the scrutiny of their behaviour by the people, by their representatives or by official inquiries are impertinent, hence their continual stonewalling and displays of contempt.

It's worth looking at some of the more notorious and laughable instances of politicians and their agents going to extraordinary lengths to hide the truth from the people they are paid to serve.

Watching President Richard Nixon wiggle and squirm as he tried to keep the infamous White House Tapes from the public during the Watergate scandal was both hilarious and sad. It also allowed the public a glimpse of the fetid swamp that passed for government of the people, by the people, for the people during the Nixon era.

The American public have been stonewalled by the current Justice Department over the Fast and Furious gun running scandal along with the tragic Benghazi scandal which cost four American lives including that of their Ambassador to Libya.

Who can possibly forget the missing Lois Lerner emails during the IRS scandal? In an operation worthy of third world two penny dictatorship, members of the Obama administration used the Internal Revenue Service to harass and intimidate political opponents.

What became apparent during the testimony of IRS agent Lois Lerner is the way that enemies of the people like herself will run and hide behind the same Constitution they are actively working to destroy when they plead protection under it's Fifth Amendment rights.

The latest scandal involving Hillary Clinton's missing emails is yet another example, not only of the contempt she has for the public, but the hypertrophied sense of entitlement she obviously nurses. Her whole demeanour and obstructive behaviour is indicative of a superiority complex and an unshakeable belief in her own invincibility.

The sad fact is that the Clinton's are treated like royalty by large numbers of the American public whereby nothing they do, no matter how unbecoming of high profile representatives of the United States of America, seems to cause them political damage.

They are a national embarrassment mired in accusations of corruption but it appears that the appalling Clintons will be the next occupants of the White House.

In conclusion it's worth reminding ourselves of Bill Clinton brazenly going before the world's media claiming that he didn't have sex with that intern. This appalling behaviour probably did more to demean the office of President than any other previous instances of bad Clinton behaviour. 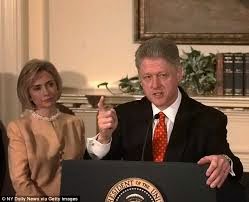 His steadfast refusal to release details of his affair led to impeachment hearings in front of a titillated world. While a salacious public were treated to tales of oral sex, his odd shaped member and Monica Lewinsky's stained dress, they were denied the information that they really wanted. What on earth did he do with that cigar?

Posted by Daniel Thomas at 3:07 PM