To say that the British people are treated with contempt by their elected representatives would be another understatement joining thousands more in the catalogue of idiotic actions that beggar believe in a country awash with self serving politicians and an army of useful idiots.

When the notorious Muslim cold blooded killer known as Jihadi John, real name Mohammed Emwazi, first demonstrated his fondness for beheading innocent journalists and aid workers in the name of Allah, on the command of his prophet Mohammad and as written in his holy book, the Koran, the British people were unaware that he was one of their fellow citizens albeit a naturalised one.

They were also unaware that their government, and some of its agencies, had known about him and his chosen profession of murdering jihadi for some time.

If this wasn't bad enough, and to compound their horror, it has now been revealed that the family that spawned this evil sub-human were Kuwaiti asylum seekers who's patriarch was an Iraqi sympathiser after their brutal invasion of his homeland.

The British people will not be surprised however to learn that the Emwazi family of Jihadi John has spent the last twenty years on taxpayer funded welfare benefits estimated to be four hundred thousand pounds in housing benefit alone. ( That's $640k to our American cousins)

The Emwazi family, described by one landlord as 'parasites' and 'tenants from hell', are one of the millions of welfare colonists invited into Great Britain as part of the government's cultural and demographic replacement agenda.

The government and its establishment were fully aware that this family along with the millions of other welfare colonists would not be integrating into society or be making any contribution to the life or economy of Great Britain.

What is disconcerting about this particular family is that they supported the Iraqi enemy during the Gulf War in which British military personnel were sent to fight and where many lost their lives.

The treatment of this family is a classic example of the suspect loyalties of the British political class and it demonstrates once and for all the contempt with which they and their establishment hold for the very people they are paid to represent.

The Emwazi family were allowed into the country, supposedly in fear for their lives, after the first Gulf War despite the fact that they supported the enemy of the British military.

They were granted refugee status in 1996 and made British citizens in 2001.

With citizenship securely in the bag the fear of their homeland miraculously evaporated and they started travelling back to Kuwait while continuing to collect welfare benefits.

Jihadi John's father, Jasem, is now back working in Kuwait while his family continues to receive welfare benefits in London. 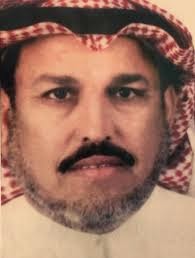 In any sane country where politicians respect and work on behalf of its people, they would have spotted the scam when the family returned to Kuwait immediately after being granted British citizenship.

If the politicians gave priority to the welfare of their people instead of their cultural replacement agenda they would have revoked the citizenship of the Emwazi family, stopped their welfare payments and forbid their re-entry back to Great Britain when they returned to their homeland the first time.

Consequently, Jihadi John would not have been radicalised by the plethora of hate preachers who infest the thousands of mosques and madrassas that are springing up in every village, town and city in Great Britain's once green and pleasant land.

Handing out British citizenship to young Muslim asylum seekers who are nothing other than potential Jihadi Johns is nothing new for self serving politicians who have their own agenda and who hold contempt for the views of its own people.

Most of the 21/7 London Transport bombing gang were young Muslim immigrants who were either granted asylum, leave to remain or citizenship regardless of their past criminal history or their potential for jihad and murder. 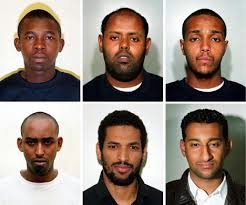 London Transport bomber Muktar Ibrahim is a classic example but not alone in being granted citizenship despite being a violent criminal thug who committed indecent assault at fifteen, who was involved in gang violence and sentenced to five years in prison for two armed robberies. After his release from prison he applied for naturalisation and was granted citizenship one year later.
(Cricketer v Muslim Bomber, a previous article on Muktar Ibrahim and the cultural replacement agenda here)

It's worth noting the weasel words of some Members of Parliament who claim to be "horrified" by these revelations but who have done nothing during their five years in office. It's also worth noting that these sudden howls of outrage coincide with a general election which is due this coming May.

"This is an absolute outrage and a disgrace. We should stop their housing benefit immediately. Mr Emwazi clearly doesn't need asylum in this country".

His fellow Conservative Philip Hollobone states that "They are abusing our hospitality, the rules are quite clear. If there has been any abuse of the system here, money should be paid back."

Can the British people now assume that their enlightened MP's, Messrs Davies and Hollobone, will follow up on their outrage and ensure that they get their hard earned money back?

It's a mystery as to where Mr Hollobone has been storing his head for the past two decades but he believes that  "Mohammed Emzwazi's offences are worse than murder or terrorism. They are an assault on the British way of life".

The 'British way of life' as he puts it has been under continuous assault since the Blair/Brown Labour governments opened the borders to mass immigration in 1997 as part of their demographic and cultural replacement agenda.

An agenda it must be noted that Hollobone and his government have continued to implement with equal, if not more enthusiasm.

With immigration controls, including exit controls abandoned, and with their enthusiasm to impose a so called 'multi-cultural society' undiminished, the production line of Jihadi John's is continuing unabated. The weasel words of MP's Davies and Hollobone are no substitute for action but the British people would be unwise to hold their breath waiting.