Election Alert! - Progressives Are Totalitarians In All But Name

With election fever gripping both Great Britain and the USA where spin and word manipulation will be the order of the day, it's worth reminding ourselves of what those who refer to themselves as 'progressives' really are.

Socialist, communist and all other leftist regimes are totalitarian by nature. Like the 'Man Made Global Warming' fanatics their vision is so impaired by the religious nature of their ideologies they are beyond reasonable discourse.

They believe that their vision of the perfect state is historically inevitable therefore all other points of view must be ridiculed, discounted and ultimately banned.

Due to the religious nature of their perverted ideology the socialist/communist/progressive community are incapable of understanding that others may take a different view. In a mature democracy with an informed populace the issues should be debated rationally, decisions should then be made or voted on based on the outcome of the discourse.

'Progressives' hate this discourse, they believe it to be a waste of time that only serves to delay the inevitable. They believe that any alternative view to theirs should not be heard. Censorship, book burning and intolerance are the hallmarks of all socialist/communist/progressive regimes.

Although we are almost there, the socialist/communist state has not been fully established in Great Britain or the USA. There are still pockets of resistance in the form of dissident publications and broadcasters, along with the blogosphere and the Internet in general - all of which 'progressive' governments the world over are desperately trying to regulate and control.

Like the tyrants of old who to tried to ban the printing press, socialist/communist/ progressive governments believe that they must control the message and the means of its delivery.

In the absence of controlling the message and with nothing to contribute to any debate, 'progressives' denigrate anyone with whom they disagree. Hence we see spin, sophistry and outright propaganda used to promote their agenda, while at the same time employing smear and abuse for anyone promoting a different viewpoint.

This is best illustrated by the leftist controlled climate change lobby. In an attempt to silence any alternative views they claim the science is settled, the debate is over and anyone who disagrees is labelled a 'denier'. A word associated with those who deny the Holocaust; this is the ultimate smear and illustrates the depths to which socialists/communists/progressives will sink to abuse anyone with whom they disagree. 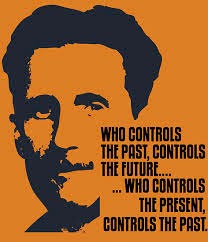 Another 'progressive' tactic is the abuse of language. This is an Orwellian concept whereby twisting the meaning of words one can eventually rewrite history to portray it in a light favourable to their ideology.

The word 'gay' is a classic example.

Men attracted to other men have always been known as homosexuals, there's nothing wrong with that word in particular. Like heterosexual its a perfectly functional word which doesn't imply inferior status. The word 'gay' has been hijacked with the intention of changing the perception of homosexuals as sexual deviants to a more benign lighthearted and carefree group.

It has also had the effect of giving homosexuals special status as opposed to equal status with heterosexuals.

In the methodology of 'progressives' special status metamorphosis's into victim status and hence the sympathy vote.

The word 'progressive' itself is another word that has been hijacked by the left with the intention of changing its meaning to promote a softer more benign image for their perverted ideology.

The following is a run down of some of the worst socialist/communist/progressive regimes and their leaders which comprises some of the darkest, most murderous enemies of the human race.

The entire post war East European socialist bloc with its secret police forces, political prisoners
poverty for the masses but riches for the 'progressive' political elite. 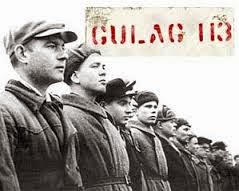 Its no wonder with a reputation for bloodsoaked oppression leftists needed a word to replace socialism/communism in order to hide the true nature of their ideology.

Now referring to themselves as 'progressives' they claim their mission remains the pursuit of fairness, social justice and a more equal society engineered by a benign state. Hundreds of millions who have suffered under the yoke of socialist/communist/progressive tyrannies know differently and tens of millions more dissidents are dead.

In the perverted world of socialist/communist/progressive doublethink, the closer we move toward the totalitarian regimes mentioned above the more 'progress' society has made.

Beware! 'Progressives' may have changed their name but they are still socialists/communists who's ideology was codified by Karl Marx and there's nothing progressive about Marxism.

Progress would be bettered measured by the amount of distance countries move away from the oppressive socialist/communist/progressive collectivist regimes toward the bright, sunlit uplands of freedom and individual liberty.