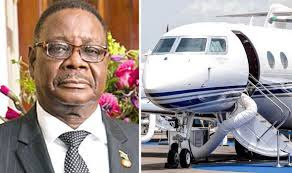 As a warning to the American people, the much vaunted National Health Service - the NHS or socialized medicine - is packed to the rafters with so called 'health care professionals' who are stuffing their pockets and bank accounts out of the endless billions that is pumped into the sclerotic monolith annually.

These fat cats are career bureaucrats who are immune from sanction regardless of their performance and more importantly, regardless of how many people die needlessly every year while in their care.

Foreign aid is another industry which provides an opportunity for fat cats to get rich by looting the public treasury regardless of performance or value for money or lives saved.

The new International Development Secretary, Priti Patel, has revealed what we all knew already - that 'foreign aid professionals' have created an operation that rakes in billions from a budget that is not set by need or any humanitarian crisis but to meet an arbitrary target set by the United Nations. (See here)

One of the biggest flocks of foreign aid vultures can be found in the European Union who manage to skim around $16 billion out of $33 billion every year. That's $16 billion that disappears into the pockets of the fat cats instead of the bellies of the hungry.

Examples abound of taxpayers money being used to finance corruption instead of alleviating poverty or improving the lives of the less fortunate so to keep it brief I will limit this discourse to four.

The president of the dirt poor African country of Malawi, Peter Muthrika, where more than half of the population live on less than $1 per day is wanting an Air Force One style presidential jet to avoid airport queues and the inconvenience of waiting for flights. (See here) 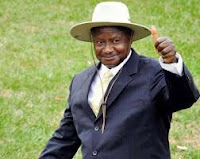 The president-for-life of the dirt poor famine ravaged African country of Uganda, Yoweri Museveni, diverted $42 million of development aid money on a top of the range private jet. (See here)

Meanwhile, a self taught Malawian teenager, William Kamkwamba, has transformed his poverty stricken village by building windmills out of junk to supply electricity and pump water. William had to quit school because his family of fourteen could no longer afford the $80 per year school fees.

His efforts have even attracted the attention of jet setting carbon billionaire, Al Gore, who lauded William's work with wind energy because it helps with the manufactured climate crisis we supposedly face. Being the charlatan that he is Al Gore jumped on the bandwagon to promote his money making climate scam without considering that it was poverty and starvation that motivated William not melting glaciers or polar bears. (See here)

I feel it my humanitarian duty to offer a solution absolutely free of any charges or expenses. They could use some of the money that is being purloined by EU bureaucrats, fat cat foreign aid professionals and corrupt dictators to pay for William's school fees and those of others, and supply the materials to build windmills.

If Al Gore is serious he can stop his jet setting ways and donate some of his billions to projects that do something tangible to alleviate the condition of poor Africans.

Elsewhere in Africa some genius somewhere has invented the Hippo Roller, a device that increases the amount of water that villagers can transport from the water source to their village making neck and back problems a thing of the past.. Prior to this, women - it's their job to fetch water - would carry a heavy urn of water on their heads for miles several times a day. (See here)

It's most likely a 'foreign aid professional' paid himself and his army of consultants a hefty bonus for thinking that one up. But alas at $35 per roller they are out of reach for many rural Africans who need them the most.

As with William Kamkwamba's windmills the politicians and the foreign aid professionals could use some of their filthy lucre to finance Hippo Rollers for rural Africans. Better still, they should do the obvious and use some of that loot to install a water pipe from the source to the village. That would save the necks, backs and legs of the ladies from injury and leave them more time to work in the fields, cook, clean and raise their children.

The fact is there has been trillions pumped into African countries since they gained their independence over half a century ago to no avail. It's no coincidence that corrupt African dictators and their cronies have become fabulously wealthy while their citizens have been left in poverty and to endure one humanitarian crisis after another.

It's also a fact that if the people of aid supported Africa were to become prosperous and render foreign aid obsolete the industry that has built up around it would also become obsolete.

The politicians along with the fat cats and corrupt African dictators are not going to let that happen and lose such a lucrative career. These appalling people have no emotions or conscience, they would rather the world's poor remain poor in order that they can keep funding their lavish lifestyles to which they have become accustomed.