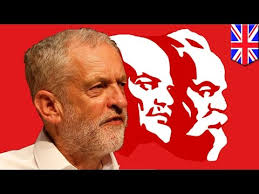 History shows us that politics periodically undergoes  a re-alignment where the pendulum swings from one side of the political spectrum to the other. What it also shows is that the pendulum is on a ratchet which prevents it from swinging back to its original starting point but to a new starting point much further to the left.

This is certainly the case in Great Britain where the pendulum has ratcheted so far to the left that Jeremy Corbyn, a life-long communist, has seized control of the Labour Party along with his cadre of fellow revolutionaries.

This coup makes Corbyn the leader of Her Majesty’s Opposition in Parliament and who, according to latest opinion polls, will become the Prime Minister of Great Britain should there be a general election any time soon.

A career politician Jeremy Corbyn has never wavered in his belief that capitalism will be overthrown and replaced by a dictatorship of the proletariat as ordained by his ideological mentor, Karl Marx.

Not even the myriad of examples of human tragedies around the world caused by this perverted ideology will shake his belief or give him pause for thought for its hundreds of millions of victims.

Corbyn’s Comrade No1 is the Shadow Chancellor of the Exchequer, John McDonnell, who always denied his devotion to communism until he was caught on video proclaiming his fealty to Karl Marx to a closed group of functionaries along with his life-long dedication to the overthrow of capitalism.

As Chancellor of the Exchequer he would finally have the power to fulfill his life’s ambition and such is his confidence of his own veracity he has published his economic plan for all to see. It’s standard Marxist economics which has proved so disastrous across the planet from China to Zimbabwe and a host of other unfortunate countries in between.

He plans the nationalization of key industries without proper compensation together with a tax, spend, borrow and debt policy on steroids with government supplied free stuff for everyone.

This includes the usual list of items that socialist wet dreams are made of:

A national living wage for everyone

Expanded entitlements which will create more dependency and a bigger captive voter base.

It’s worth noting that McDonnell is on record as saying that “democracy doesn’t work for us” so increasing the voter base is a temporary measure to secure power before elections are reduced to a cosmetic exercise or abolished altogether. This diehard communist actually quoted from Mao Zedong's Red Book during a debate in Parliament. 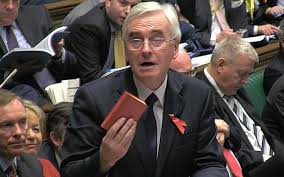 To add to the misery of this impending economic disaster Corbyn and his comrades plan to instigate a social and cultural revolution by opening the borders even further than they are now to mass immigration from the third world with no limit on the numbers.

It’s also worth noting that this social and cultural revolution is as much to do with their visceral hatred of Great Britain, along with its people, its heritage and its way of life as it has to do with their devotion to a dictatorship of the proletariat.

Apart from massive borrowing, McDonnell and the government plan to pay for this largess in the time honored communist manner, i.e. taxing the co-called rich to the hilt and increasing the tax on corporations and businesses across the economy.

No communists worth their salt could possibly ignore their impulse to indulge in class warfare therefore inheritance tax will be raised to confiscatory levels which will effectively abolish private property.
Q.E.D. The Communist Manifesto by Marx and Engels.

Jeremy Corbyn’s Comrade No 2 is his Shadow Home Secretary, an ideological soulmate and former lover named Dianne Abbott. Notorious for her lack of intellectual prowess and being numerically illiterate, Abbott is a self-described ‘Afro-Caribbean’, as well as an anti-white racist and fellow communist.

She is on record as saying that she is ashamed to be British but like all socialist bloviators she has shown no inclination to find a more suitable country and leave.

Such is the dedication of comrades Corbyn and Abbott to communism, their idea of a lovers vacation was touring East Germany by motorcycle at the height of the Cold War.

The fact that tens of thousands of people were being arrested and tortured by the all-pervasive East German secret police, the Stasi, and hundreds more died trying to escape to West Germany was of no concern to the happy vacationers.

Like communists the world over, the tortured and the murdered are acceptable collateral damage to Jeremy Corbyn and his comrades in the Labour Party. They obviously consider the murder and oppression of hundreds of millions of people since 1917 to be a price worth paying for the greater good which to them is a communist dictatorship along the lines of the old East Germany and latterly Venezuela.

In a warning to the British people of what’s in store for them if and when this gang of communists should ever get their hands on the levers of power. All three of these ideologues, and it must be assumed the rest of the Labour Party, were high profile supporters of the Hugo Chavez revolution in Venezuela. 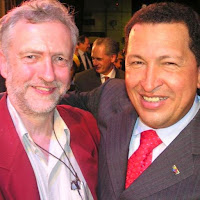 They openly celebrated his victory and lectured the British people on the merits of the Chavez revolution along with the benefits it will bring not only to Venezuela but to the rest of South America and the world at large.

They steadfastly refuse to this day to criticize the brutal Chavez/Maduro regime or acknowledge the disastrous consequences of communism for the people of Venezuela.

In a further and more sinister warning which the British people should take heed is another member of the Corbyn clique, the former Mayor of London Ken Livingstone. Publicly they keep this lunatic at arm’s length but covertly accept him as an ideological soul-mate and comrade.

Livingstone is a nasty piece of work if ever there was one; he is an unadulterated and very vocal communist ideologue, a Great Britain and Israel hater as well as a vile anti-Semite. He makes no secret of why he believes the Chavez revolution failed in Venezuela.

Livingstone maintains that Hugo Chavez made the mistake of not following the standard communist revolutionary practice off rounding up and eliminating the country’s elite after usurping power.

For those who are unfamiliar with the post-revolution practice as advocated by Ken Livingstone please note:

The first task after the usurpation of power is to round up and murder the leaders of all organizations that oppose the regime; the second task is to intimidate, arrest, imprison and torture any other opponents, no matter how minor, who raise a voice of dissent.

This practice is well documented and should be compulsory reading for all school children and those that support socialists and communists in the western democracies.

They should be made to study the post-revolutionary actions of Lenin and Stalin in Russia, Mao Zedong in China, Fidel Castro in Cuba, Robert Mugabe in Zimbabwe and the creator of the killing fields, Pol Pot in Cambodia along with all the other mass murderers who believe that communism is the ideal and only economic system for their countries and the world.

The reasons why the British people, who fought over the centuries for the freedoms and liberty they enjoy today, and who made such a massive contribution to global civilization, are embracing such an oppressive freedom crushing ideology is open to debate.

There are however three reasons that are immediately apparent.

Firstly, the inability of younger generations to assimilate and analyze information then form an independent opinion. This inability to think for themselves has left them vulnerable to propaganda whereby their opinions are formed for them by slanted information disseminated by the agenda driven political elite. 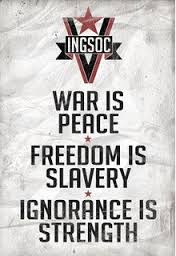 This implanting of a single worldview is a classic description of ‘groupthink’ as used by Big Brother in George Orwell’s apocalyptic novel 1984 about a future socialist tyranny.

Secondly, the mainstream media, led by the taxpayer funded state broadcaster universally known as the BBC, are the purveyors of state propaganda which churns out its ‘progressive’ world view 24/7 through all its outlets including radio. This not only includes news and current affairs but all its viewing and listening programs including so-called light entertainment.

Thirdly, the lack of effective opposition in Parliament and the country at large to the onward march of socialism. The Conservative and Liberal Parties used to be the guardians of British values such as individual liberty, free enterprise, law and order, patriotism etc.  but even they have caught the globalist disease of ‘progressivism’ and its call for an egalitarian, borderless world in a post democratic age.

To conclude: In their government induced slumber and their ignorance of history, far too many British people have yet to grasp that they are one general election away from losing everything their ancestors fought and died for.

This includes their liberty, their prosperity, their culture, their heritage and their centuries old way of life.

Posted by Daniel Thomas at 7:34 AM