Cover Ups And Protecting Their Own - British Establishment Are Unbeatable

Watching the current corruption and cover up scandals involving government departments in the USA, one can only marvel at the way the political establishment have constructed a system which guarantees immunity for their cronies and employees who don't seem at all fazed by Congressional scrutiny. Its almost as if they know they will never be held accountable, let alone punished, for what is blatant corruption, law breaking and unconstitutional actions.

It is often said that everything that's biggest and best comes from America but this is not so, when it comes to corruption, cover ups and protecting their own, the American establishment is not in the same league as their British counterparts. They are the biggest and the best by a country mile at circling the wagons and making sure that scandals are covered up and evidence is lost. They are also adept at using the might of the state and its institutions against anyone who is public spirited and brave enough to shine a light on their nefarious activities.

Scandals such as the Internal Revenue Service (IRS) missing emails in the USA and the smug contempt of Congress by the culprit-in-chief Lois Lerner, is matched by the arrogance Her Majesty's Revenue and Customs (HMRC) chief bureaucrat, Lin Homer.

The fact that the Obama administration used the IRS against political enemies should come as no surprise, after all Richard Nixon did it and so did Edgar Hoover when he put Al Capone away for tax evasion because he couldn't get him for murder or any other crime.

Lois Lerner snubbed Congress by claiming the relevant emails linking her with the administration were lost then used her right to silence under the Fifth Amendment to escape further questioning.
(Read the story here)

Lin Homer gave sweetheart tax deals to big companies such as Goldman Sachs then used anti-terrorist laws to go after and destroy the whistleblower who exposed it.

Lin Homer snubbed the Parliamentary Committee and put her arrogance on display when she refused to confirm that anti-terrorist laws would not be used against whistleblowers in future.
(Read the story here) 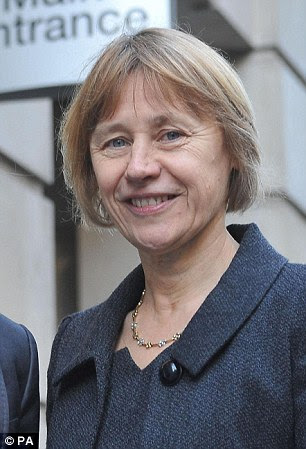 Apart from HMRC, whistleblowers from the health, education, police and local government departments were also asked to appear before the same committee but only one felt brave enough to do so. In what can only be described as a throwback to the old Soviet Union a whistleblower form the health service was pursued mercilessly on mental health grounds for highlighting instances of poor care.

NHS cover ups are too many to include in this post but this article will give an indication of just how widespread it is.

The IRS losing the relevant emails in the American scandal might stretch credulity a bit far but the British people were asked to believe that an absent minded office person accidentally shredded the relevant paperwork appertaining Tony Blair's claims after the MP's expenses scandal broke in Great Britain. No other paperwork just the bit relevant to the expense claims inquiry.

Not to be outdone, an inquiry into the collusion in extraordinary rendition on the island of Diego Garcia by former Foreign Secretaries, David Miliband and Jack Straw was informed that all the records of flight logs are available.........except those covering the relevant period because they were 'water damaged'.
(See Guido's take on it here)

The dog ate my homework has got more credibility.

More tragically the establishment will go to any lengths to protect itself and their own as the case of  Dr. David Kelly will confirm. The intelligence dossier that the Blair government used to justify Great Britain going to war in Iraq was flawed and deliberately misleading. An inside source claimed that the dossier was transformed or 'sexed up' at the behest of Blair together with his spin doctor, Alistair Campbell and others from the intelligence community, in order to make going to war more palatable

UN weapons inspector, Dr. Kelly, who had previously been tormented by the Foreign Office for his scepticism about WMD's in Iraq was outed as the source of the 'sexed up' allegations. He subsequently disappeared in mysterious circumstances and was found dead. The verdict was suicide by wrist cutting even though there was little blood at the scene and he only had a small penknife in his possession.
( Read the tragic story here)

Tragic as these are, the despicable of all cover ups are those involving the sexual abuse of children. For decades the political establishment and their cronies in the bought-and paid-for media feted and indulged the Liberal MP Cyril Smith knowing he was a depraved beast of the very highest order. 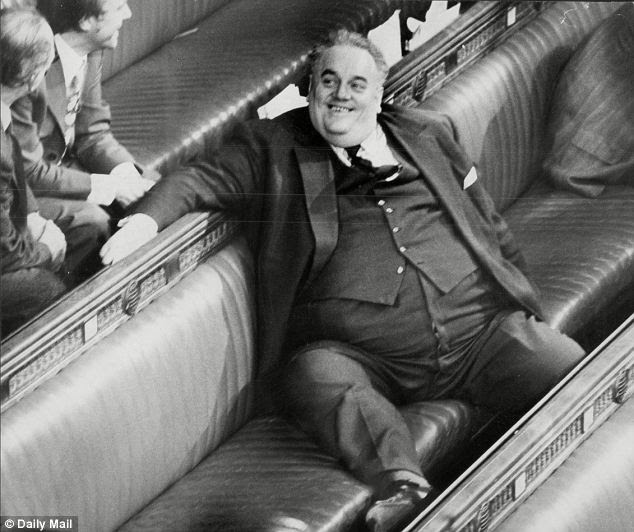 Somewhat of a political celebrity with buckets of false puke making bonhomie, he had access to children's homes, detention facilities and hospitals which he used to satisfy his debauchery and ruin the lives of hundreds of innocent children. One victim told of being sexually abused in the House of Commons itself with the door of Smith's office wide open.

The political establishment, including the police and the intelligence 'services' knew about his depravity but covered it up for four decades to protect Smith, as well as themselves and the supposed good name of the Westminster Parliament.
(Read the story here)

The latest scandal and the mother of all cover ups is that of the paedophile ring that has been operating for some twenty years in the heart of Westminster.

Its no good current and former Members of the House of Commons, together with some noble Lords, coming forward twenty years after the events with tales of how they suspected there was the cover up of a paedophile ring.

If they had any dignity or sense of responsibility toward vulnerable children they would have done something about it at the time.

The government has launched an inquiry, but as this involves the entire establishment, including the judiciary, there is nobody that can be trusted not to produce a whitewash or to sweep it under the carpet.

Baroness Butler-Sloss has been appointed to lead an inquiry but is an establishment judge, and a Baroness to boot, the right person to be investigating the establishment? After all one wouldn't ask Tony Blair to investigate the death of Dr. Kelly and expect an impartial report.

It must be noted that her late brother Sir Michael Havers, a fellow senior establishment figure, was involved in a paedophile cover up when he refused to prosecute Sir Peter Hayman who, at the same time as being a diplomat, was a member of the Paedophile Information Exchange (PIE), an organisation that lobbied for the legalising of sex between adults and children.

As has been noted here many times before, the establishment including British Parliament, is a den of iniquity which is infested with any number of drunks, crooks, corruptocrats, perverts, embezzlers and lows lifes, who believe they are untouchable and have a divine right to rule. Their arrogance surpasses all understanding and their contempt for the British people is total.

There is no hope of reforming something as debased and corrupt as this place unless it is burned down and the whole sorry mess started once again from the beginning.