Ukraine, Gaza, Syria - Blessed Are The Peacemakers But Where Are They?

To the casual observer of the news bulletins it would appear that the world is going to hell in something bigger and faster than a handcart. Even the major conflicts in Ukraine, Gaza and Syria are being supplemented by other not so public bloodfests in Iraq, Nigeria, Libya, Somalia, Sudan, Afghanistan, Egypt, Iraq and so on and so forth. And, as always, it's civilians that pay the biggest price for the follies and intransigence of the perpetrators.

Despite the claim of being civilised, the modern age is no different to ages past and is just as jam packed with war mongers, imperialists, ambitious empire builders and covetous expansionists that caused mayhem and bloodshed throughout history.

One difference between today and those bygone ages is the prevalence of high profile people who masquerade around the world claiming to be peacemakers or lovers of peace. One would think that with the resources of the United Nations and its agencies, together with the combined efforts of all these peacemakers, there would not be any wars at all.

Looking at the facts it becomes immediately apparent that the United Nations is not only a hopeless hotbed of corruption, it is also of no use whatsoever in solving conflict or preventing war between nations.  It couldn't  prevent the soccer war fought between El Salvador and Honduras in 1969 over a World Cup qualifying match.

The Lords Resistance Army insurgency has been causing horrific bloodshed in Uganda since 1987 and they couldn't even influence their biggest benefactor, and the worlds largest superpower, not to invade the tiny island of Grenada in 1983.

One shouldn't be surprised that a bloated ever expanding bureaucracy, stuffed with career diplomats, superannuated politicians with designs on becoming a world government, could be anything other than a very expensive talking shop. As it currently stands the UN's only purpose, other than making innumerable resolutions against Israel, is promoting global socialism and insulting the United States.
(See wars since 1945 here)

Accepting that the UN will not stop the carnage, it is worth looking at the current conflicts together with those that strut the world stage as peacemakers, to make sure that they are working for peace and actually deserve the accolades they get.

The Russia-Ukraine conflict can be laid firmly at the door of the European Union and its expansionists ambitions combined with the pathetically weak leadership and lack of resolve of the USA, Great Britain and the western powers.

Even the casual observer would know that President Putin is a Russian patriot seeking to return Mother Russia to her former glory. They would also know that he is a ruthless former leader of the KGB who knows his way around the geopolitical chessboard. Ukraine was part of the former empire situated on its Black Sea border. Any attempt to bring Ukraine into the EU and NATO was too close for comfort for Putin and was resisted, just as the USA resisted the Russian military presence in Cuba. 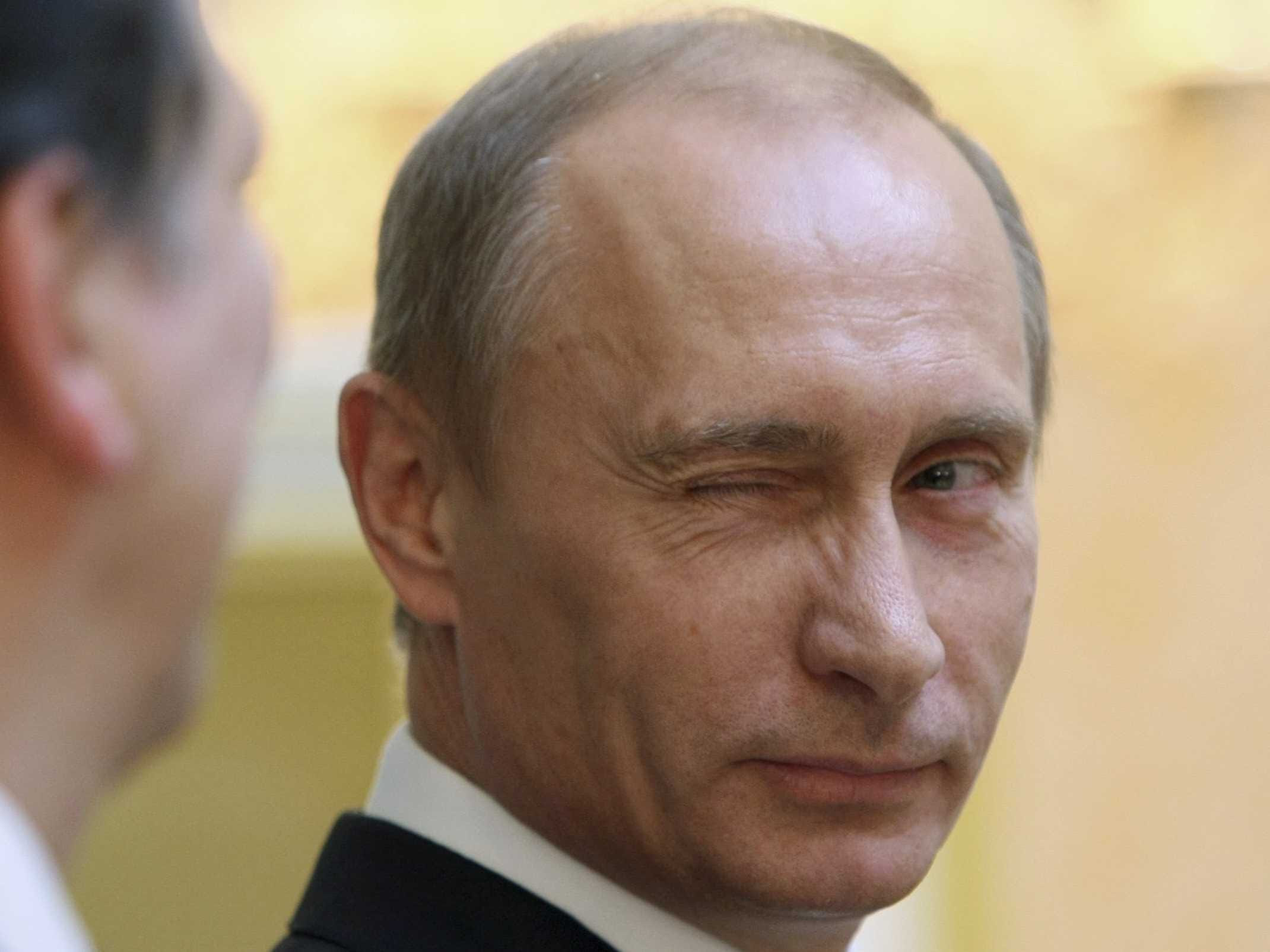 When the European Union started its expansionist policy in Ukraine what did they expect Putin to do? They stirred up a hornets nest and a civil war was the result. One would think that the EU's pompously named High Representative of the Union for Foreign Affairs and Security Policy, the Baroness Ashton of Upholland, also considered to be one of the highest paid politicians on the planet, would be smarter than she actually is. The truth is that despite her title and remuneration package she is considered to be a complete waste of money and space.
(Ashton disaster story here)

It is worth noting that despite its incompetence and expansionist warmongering the EU was awarded the Nobel Peace Prize in 2012.

It would not be unreasonable to expect that those who have received the Nobel Peace Prize, and who accept the accolades and status that go with it, would lend themselves to be deployed into these volatile areas for the purposes of bringing peace.

As ISIS beheads and murders its way across Syria and Iraq and Hamas pours missiles indiscriminately into civilian areas of Israel, one is entitled to ask where is 2011 Nobel Peace Prize winner Tawakkol Karman? It looks like a perfect opportunity for a peacemaker to put her reputation to the test. She is of course a senior member of Yemen's Al-Islah political party, which is akin to the Muslim Brotherhood and which seeks to impose sharia law throughout the Muslim world and beyond. It is safe to say that peace is the last thing on her mind when it comes to Israel.

The 2009 Nobel Peace Prize winner is too busy involved fundamentally transforming his homeland from the beacon of freedom and liberty into a third world socialist state to be bothered searching for peace in the worlds hotspots. He is also busy downgrading and eviscerating America's mighty military machine to the point where respect for it is being lost by its enemies.

The 2008 winner, former Finnish Prime Minister, Martii Ahtisaari, is anonymous so any peace making initiatives are not apparent. However, if he is working behind the scenes along with joint 2011 winners Leymah Gbowee and Ellen Sirleaf, good for them and they will deserve the world's thanks should they succeed.

The 2007 Peace Prize winner was the UN's Intergovernmental Panel on Climate Change (IPCC). One can only imagine what the result would be if the mission of this nonsensical Panel was changed from imposing global socialism under the cover of environmentalism to actual peace making. It beggars belief that this gaggle of agenda driven bureaucrats can be considered as peacemakers.

Joint winner in 2007 with the IPPC was former Vice President and first carbon billionaire Al Gore. Even my fertile imagination is lost for words when trying to consider big Al as a peacemaker.

I could go on but my lack of knowledge about the previous winners would not be constructive to the debate but I hope that if they are still with us they are working for peace and earning their reputations as peacemakers.

I cannot however bypass the 2002 winner Jimmy Carter and the 2001 joint winners, Kofi Annan and the United Nations.

Carter has a reputation for doing good works such as eradicating Guinea worm infestations in West Africa but insulting Israel by referring to it as an apartheid state and making no comment about Muslim atrocities by Palestinian terrorists doesn't exactly signal impartiality. This renders him utterly useless as a peacemaker.

As mentioned previously the UN is nothing more than an expensive, corrupt bureaucracy which is obsessed with Israel, the USA and a global socialist government. Kofi Annan was its leader during a particularly bloody period and proved to be as ineffective as the organisation he ran.

If anyone can bring peace one would think it would be the Middle East Peace Envoy for the Quartet, after all this man represents four of the biggest players on the war and peace scene including some of the participants in the current Ukrainian disaster, the EU and Russia. Also in the Quartet are the UN and the USA.

Again one is entitled to expect that the combined might of these four entities led by a peacemaker of the calibre of former British Prime Minister Tony Blair, would put an end to war wherever it flares up.

If anyone is curious as to why, considering his record as Prime Minister and after, Tony Blair was chosen to be a peace envoy then they would not be alone. They would be joined by the entire British nation who were fooled by the spin, deceit and lies of this awful man and who many believe to be an indictable war criminal.

While Blair has supposedly been working to bring peace to the middle east he has also been accumulating a personal fortune using contacts he made while in office and with some of the worlds most questionable characters. The peace envoys fortune is reputed to be anywhere between twenty and eighty million pounds. That's around thirty two or one hundred and twenty eight million US dollars. This includes a property portfolio of around eight properties including the former country estate of Sir John Gielgud and properties in London's exclusive Connaught Square.
(Blair story here)

Not bad for a former leader of the working mans party who once wrote to the then Labour Party leader, Michael Foot, that he "came to socialism via Marxism".

Blair would go down in history as just another socialist hypocrite if he was at least making some progress as a peace envoy but if the Palestinian leaders are anything to go by he is a disaster. In 2012, after almost a decade as peace envoy, they described him as:  "useless useless useless". This is probably the first time that the majority of the British people will agree with the Palestinian leadership.

In conclusion it must be noted that despite a plethora of internationally recognised peacemakers, wars continue and civilians are still being killed in their tens of thousands. Some peacemakers may be genuine and deserve the accolades and their reputations and some are just charlatans.

In one conflict there appears to be a light at the end of the tunnel and there is talk of Tony Blair being relieved of his post. If the speculation is true then that small spark of light will be extinguished by his reported replacement - none other than the superannuated High Representative of the Union for Foreign Affairs and Security Policy, the Baroness Ashton of Upholland.
(Argh! Blair's replacement story here. Read this and weep) 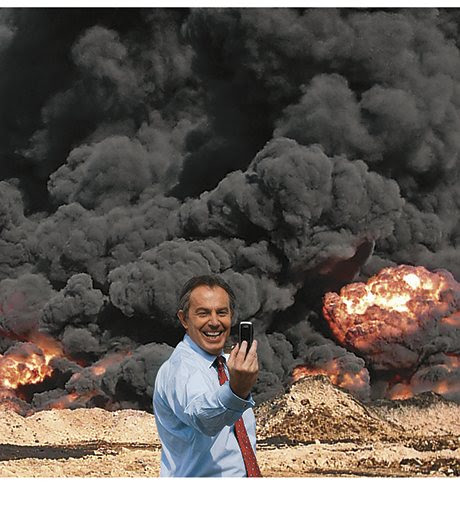 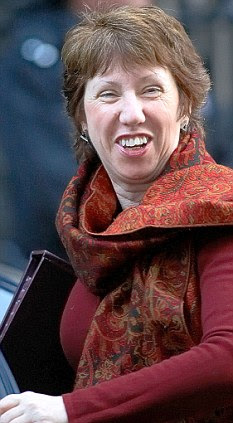