Corrupt And Lawless Elite Have Rotted The Soul Of America 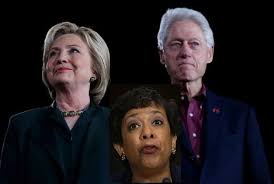 The fact that tens of millions of law abiding American citizens ignored her extensive criminal past and voted for Hillary Clinton, the most dishonest and corrupt individual ever to stand for President of the United States, is the clearest indication yet of the damage eight years of 'fundamental transformation' has wreaked upon the former bastion of propriety, freedom and democracy.

From the Governors Mansion in Arkansas to the White House and the US Senate, the corruption and criminal behavior of the Clinton family has been all pervasive, rotting and corrupting everything they touch.

What has become apparent in recent history is that no one in government or from the political elite involved in this corruption and criminal behavior are ever held accountable and punished accordingly.

Whenever the culprits are exposed and brought before Congress to give account of themselves they put up a recalcitrant defence, treat the peoples Congress with total contempt and walk away unscathed to continue with their nefarious activities.

It is now without question that even if there is one law for the rich and one for plebeians they are above them all. The law simply does not apply to the political elites, their cronies or the placemen that do their dirty work. 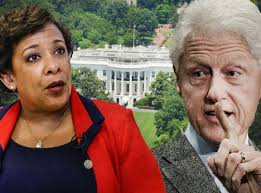 There have been calls from some political quarters, including from the Reverend Jesse Jackson, for Hillary Clinton to be granted a pardon despite the fact that she has been cleared of any crimes by the Justice Department and the FBI. The Reverend obviously knows something that the general public and the US Congress does not.

What an unedifying spectacle it was watching the obnoxious head of the Internal Revenue Service (IRS), John Koskinen, treat the people's Congress with complete and utter contempt as he dismissed their attempts to condemn his using this department of state to harass and punish perceived political enemies.

Likewise former and current Attorney's General, Eric Holder and Loretta Lynch treated the Congress with contempt. Despite a mountain of evidence, Hillary Clinton brazened it out and lied through her teeth in her Congressional hearings over the killings in Benghazi and her private email server.

Watching the Director of the FBI, James Comey, acknowledge and list the crimes and lies of Hillary Clinton then refuse to recommend a prosecution was a wonder to behold and also an insult to the intelligence after a secret meeting between AG Lynch and Bill Clinton some days before was leaked to the press.

The stench of scandal and law breaking surrounding the Clinton's using their Foundation as a pay-for-play money making scam is overwhelming but it appears they will continue to live in opulence despite being supposedly flat broke when they left the White House.

As awful as this is, and it is awful, it doesn't compare with the President of the United States encouraging state and federal law enforcement agencies to ignore and even break the law with respect to illegal immigrants and their criminality.

Mayors of so-called 'sanctuary cities', along with their fellow anti-American operatives, are openly stating their intention to break the law and protect illegal immigrants and criminals from law enforcement agencies. They also intend to release these illegals back into the community to carry on raping and murdering law abiding Americans safe in the knowledge the corrupt political elite have got their backs.

For the ordinary hard working American the law still applies and it's being used to its full extent to prosecute and harass even for minor transgressions.

Despite it being unsuitable, unwanted and a financial disaster, failing to buy government mandated Obamacare will lead to punitive punishments in the form of fines and penalties administered by the corrupt and hated IRS. My own personal experience has indicated that some of these penalties are applied for life.

So called hate crimes, including name calling, and even social media postings disapproved of by government apparatchiks can attract a visit from the law and a possible prosecution. Political ideology and compliance with government diktats are deemed more serious crimes than entering the country illegally and causing harm to law abiding American citizens.

American politics and government has been rotted to the core by a corrupt establishment that is self serving, ideologically driven and above the law. This is the same establishment corruption and lawlessness that has ruined Europe and brought it the brink of civil war.

A pardon for Hillary Clinton will be the final proof that the corrupt political elite are indeed above the law and it would send a clear signal to anyone joining the clique they'll have immunity.

The only hope for the American people and their beloved country is that the incoming Trump administration will do what it promised, drain that swamp and make America great and clean again.