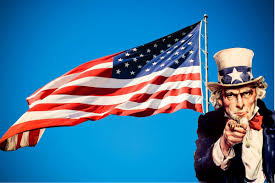 Today is decision day for the people of the United States of America where they are being asked to decide not just the future direction of their beloved country but whether it will survive at all in the form the Founding Fathers intended.

This was the United States that was created to guarantee individual liberty, free enterprise and constitutionally limited government which in turn allowed it to become the greatest and most prosperous nation on earth.

Fortunately for the American people the choice before them is simple and straightforward.

They have to choose between a hard working, unashamed American patriot who became a successful businessman responsible for the creation of tens of thousands of jobs and an America hating socialist who also happens to be a pathological liar, criminal and corruptocrat.

Donald Trump by his own admission is no saint but his success in business and his love of country is undeniable. The very fact that at seventy years of age he has forgone a comfortable retirement and subjected himself and his family to a campaign of vilification and outright hatred by the corrupt establishment to ensure that the American Dream that allowed him to succeed would be preserved and available to future generations regardless of skin colour, religion or ethnic origin.

Hillary Clinton by her own admission is a so called 'progressive' - which is the PR man's word for socialist -  who's undivided loyalty is to the global elite. Their mission is to destroy the America of the Founding Fathers in favour of a borderless world run by a UN based one world government.

As the world has become aware, and to add to her loathing of traditional America, she is a pathological liar, a serial criminal and a corruptocrat of epic proportions. The corruption of her fellow 'progressive' in the White House, Barack Obama, is such that America today resembles a banana republic as opposed to the icon of propriety, freedom and democracy.

Bearing in mind the dangerous state of the world outside the USA, created mainly by Hillary Clinton's disastrous tenure as Secretary of State, the American voters should be aware that their choice at the ballot box will have global repercussions if they get it wrong.

The world is a safer place when the United States is strong and the dream of life, liberty and the pursuit of happiness enjoyed by the American people can be the shared dream of all humanity. 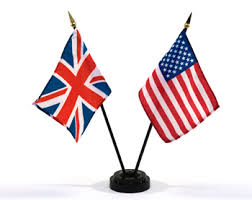 Posted by Daniel Thomas at 8:43 AM